Home / LIFESTYLE / REVIEWS > / THEATRE REVIEWS / One of the great tragedies of contemporary life in America, said Sam Shepard, is that families fall apart 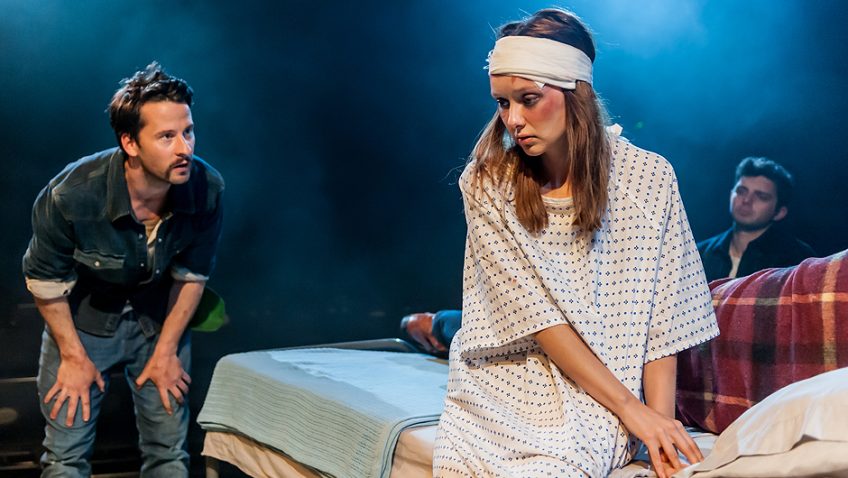 One of the great tragedies of contemporary life in America, said Sam Shepard, is that families fall apart

Robert Tanitch reviews A Lie of the Mind at Southwark Playhouse, London SE1

Sam Shepard is a major American writer and when it comes to writing about mythical America and American dysfunctional families, nobody writes better than Sam Shepard.

He is the master of absurdist family drama. He has always been good with domestic violence. He embraces comi-tragedy wholeheartedly and actively courts laughter. John Stahl in A Lie of the Mind

When A Lie of the Mind premiered Off-Broadway in 1985, directed by Shepard and with a cast which included Geraldine Page, Harvey Keitel, Will Patton and Aidan Quinn, it lasted four hours.

Directed now by James Hillier, artistic director of Defibrillator, it comes in at just under three hours. His cast is first-rate.

The action is set in the wilds of California and Montana. There are two crazy families related by marriage. The men treat their women appallingly and the women wonder why they put up with it.

I was interested to read in the programme that Shepard thinks A Lie of the Mind is a better play than his Pulitzer Prize-winning Buried Child, claiming it is denser, more intricate, better constructed.

The first time I saw Lie in the Mind was at its London premiere in 1987 when it was acted way over the top and felt like a parody of Sam Shepard. The actors were always in danger of corpsing.

This does not happen here. The audience only laughed when they were meant to and took the crazy characters in their stride.

Jake (Gethin Anthony), thinking his wife, Beth (Alexandra Dowling) is having an affair with an actor, beats her up so badly that he is certain he has killed her. His widowed mother (Kate Fahy) wants to keep him locked up in the house.

Jake’s brother, Frankie (Michael Fox), goes off to Beth’s parents to see if she is all right and discovers she has suffered severe brain damage.

John Stahl is the ultimate redneck dad and Nancy Crane is his wife and very funny she is, too, in her dotty reactions. You can imagine Grant Wood (of “American Gothic” fame) painting them both.

Jake, dressed only in his underpants and wrapped in an American flag, sets off during a blizzard to find his wife and meets his retribution at the violent hands of Beth’s brother (Robert Lonsdale).