Home / LIFESTYLE / REVIEWS > / DVD REVIEWS / What is the best Romeo and Juliet you have seen? 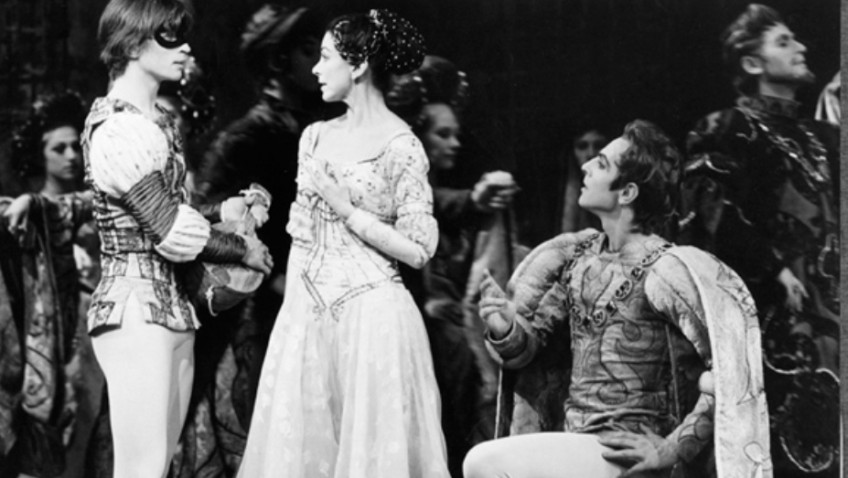 What is the best Romeo and Juliet you have seen?

ROMEO AND JULIET (Network) is a record of one of the most memorable ballet productions performed by two great dancers to Prokofiev’s incomparable score.

There were 43 curtain calls lasting 40 minutes at the premiere in 1965 of Kenneth Macmillan’s spirited, highly dramatic and deeply moving version.

Rudolf Nureyev and Margot Fonteyn were the star-cross’d lovers.

He was a very boyish 26, a dazzling star turn, and she was 46, proof that by the time you are ready to play Juliet you are old enough to play the nurse. The sumptuous costumes and set were by Nicholas Giordias.

The film is absolutely essential viewing for anybody interested in the history of ballet. (Not known at the time was that Macmillan had created the roles specially for Lynn Seymour and Christopher Gable and they, all three of them, felt “their ballet” had been hijacked).

THE LADY KILLERS (StudioCanal) is one of the great Ealing Comedies. William Rose’s brilliant black comedy directed by Alexander Mackendrick, was underrated by the critics but not by the public in 1955.

The perfect robbery is foiled by a sweet little old lady in lavender (played by 87-year-old Katie Johnson) who lives in a quaint lopsided house full of bric-a-brac, which the amateur crooks have made their headquarters, whilst masquerading as a string quartet.

The mastermind is played by Alec Guinness who, with his lank hair, protruding teeth and wild eyes, looks like Kenneth Tynan and sounds like Alistair Sim. The casting is perfect. His gang includes Cecil Parker, Herbert Lom, Danny Green and Peter Sellers, who all get the chop one by one. The tea scene with the little old ladies is one of many delights.

MR HOLMES (Entertainment One). Sherlock Holmes is 95 and he no longer has the mental acumen he once had. Bill Condon’s film is a portrait is of a very old man (Ian McKelllen looking extremely old) who is in forced retirement.

The script describes his relationship with his housekeeper (Laura Linney) and her 11-year-old son (Milo Parker). This spoof of Conan Doyle is original, subtle and intriguing; possibly too subtle for popular audiences.

Who is your favourite Sherlock Holmes? William Gillette was the first actor to create him. Who is the definitive Holmes? It must, surely, be either Basil Rathbone or Jeremy Brett, mustn’t it? It can’t be Robert Downey Jr or Benedict Cumberbatch, can it? Ian McKellen is certainly the oldest.

SECONDS (Eureka). John Frankenheimer’s creepy and superior SF film, rubbished by some critics on its release in 1966, has become over the years something of a cult. James Wong Howe’s photography gives it class.

The film’s long opening sequence right up to the operation is the best. There are excellent performances by Will Geer and Jeff Corey as the oddballs who run the reborn organisation and by Wesley Addy as the minder.

THE DRAGON INN (Eureka). This Tiawanese waxia martial arts epic, directed by King Hu, is very naive and very silly but it was immensely popular in Asia and with Chinese audiences in 1967 and became the forerunner of much better films in the genre.

The action is set in 1457 and there is a lot of artificial fighting and a lot of bad acting to match. The good guy (Chin Shi) is a swordsman with noble looks. The bad guy is an emperor eunuch (Pai Ying), who may not have you-know-what but he fights as if he has.