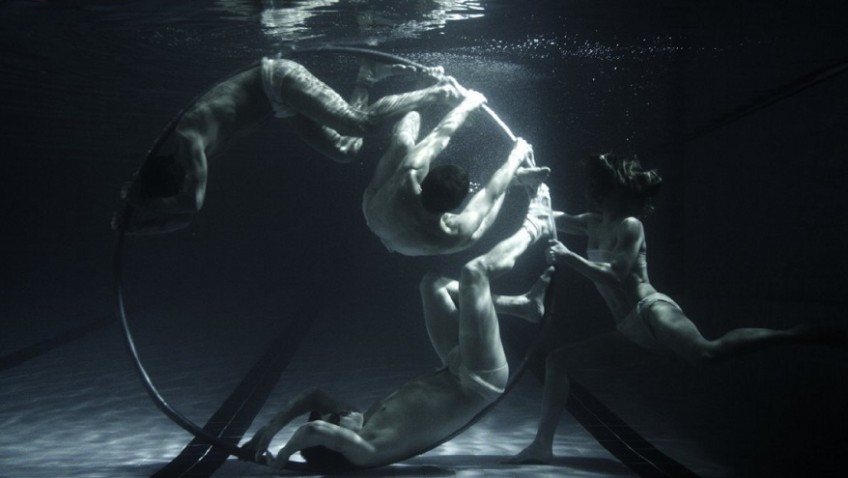 Behind the scenes with some astonishing circus performers

According to Mexican director Horacio Alcalá’s documentary Grazing the Sky, until 20 years ago the circus was only open to people from circus families. Alcalá’s documentary can be seen as a kind of overview of how individuals have taken advantage of the relaxed rules to enlarge and enrich the traditional circus family. Grazing the Sky is not about the circus but about what drives individuals from all backgrounds and nationalities to challenge the human body in the Cirque du Soleil and elsewhere.

Shot over 5 years and covering artists from 11 countries, the film provides brief biographies of a selected few, leaving a lot of time for us to marvel at their accomplishments. So if you have not seen the Cirque du Soleil, this film, inspired by Cirque Due Soleil Company Manager Patrick Flynn, gives you an idea of what lies in store.

Among the many participants who share with us the reason they left their family, home and traditional prospects to join the circus are Palestinian acrobat Fadi Zmorrod; the retiring Australian gold-medal gymnast Damian Istria; triple cloudswing specialist and vertical dance star and rigger Saar Rombout; Jonathan Moss with his stunning use of the relatively new Cyr wheel act; and the bionic woman Marie-Lee Guilbert’s thrilling act with Philippe Belanger.  The nail biting acrobatics of aerial duo Maxime La Sala and Antonio Seguara introduces the elephant in the room, namely the ever-looming risk of serious injury and even of one’s career in a split second.  In these acts, that are so dependent on trust in one’s partner(s), the word teamwork is given new meaning.

Cinematographer David Palacio tries to reduce the line between viewer and performer and give us a front row seat to glimpses of some of these famous circus acts.  He also takes us behind the scenes to rehearsals and interviews and at one point we are out in the mountains with handsome Fadi as he does a handstand on a shaky pyramid of chairs.

With such a broad survey, however, it is easy to lose track of exactly where we are and what and whom we are watching.  If you have trouble remembering all the names and are unfamiliar with the artists it can be confusing, as Alcalá does a lot of jumping around the world, and in time. More captions and a clearer script and structure might have helped.