Home / Your Views / The Battle of Britain 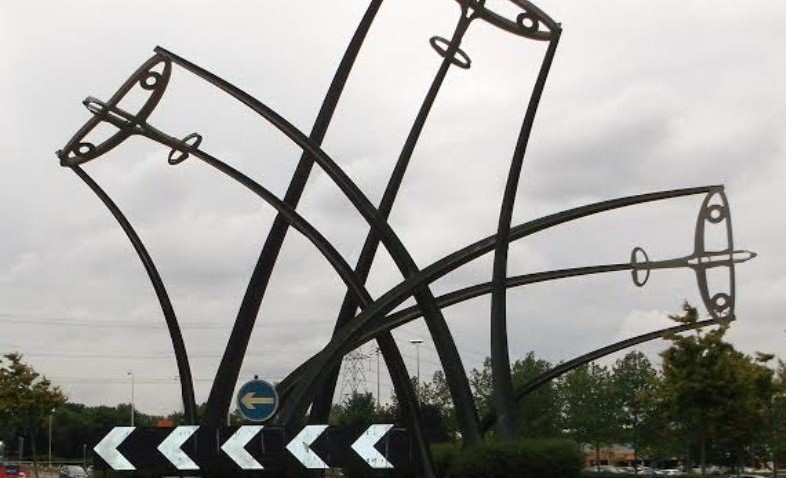 The Battle of Britain

The photo was taken by myself and shows the 16m high sculpture, installed upon Spitfire Island, a roundabout at Castle Vale, Birmingham. It commemorates the nearby Castle Bromwich factory where most of Britain’s wartime Spitfires were built.

During the Second World War, the King called the nation to prayer several times. All churches were told to stay open round the clock. A correspondent at the time recalls:

“People who were not in the habit of attending church, people who normally did not pray, and the remainder who did, all responded…Churches were full or had a constant stream of people on their way to or from work. The whole nation prayed…”

Part of the timeline for The Battle of Britain is as follows:-

July 10, 1940 the battle commenced with the Luftwaffe attacking along the coast and then pushing inland.

Sept. 6 there were no reserves left. British defeat appeared inevitable which would open the way for invasion of Britain.

Sunday, Sept. 8 National day of prayer to give thanks to Almighty God for the miracle of Dunkirk. Intercession took place also for The Battle of Britain.

Sept.17 the German Supreme Command issued an order, “ The invasion of England is suspended until further notice.” The Battle of Britain was won. Winston Churchill addressed the nation, “Never in the field of human conflict has so much been owed by so many to so few.”

Some of the miracles which took place at the time are recorded by Pollard and Gardner in their books. These references show it was not simply our armed forces or the skill of the airmen which repelled the might of the enemy but also the results of prayer and intercession.

It is time for us to remember the words of the Psalmist:

“Our fathers trusted in thee: they trusted, and thou didst deliver them.

May be some of your readers may wish to comment on this matter.