Home / LIFESTYLE / REVIEWS > / FILM REVIEWS / American Beauty writer Alan Ball takes us back to 1973, when we all had an Uncle Frank. 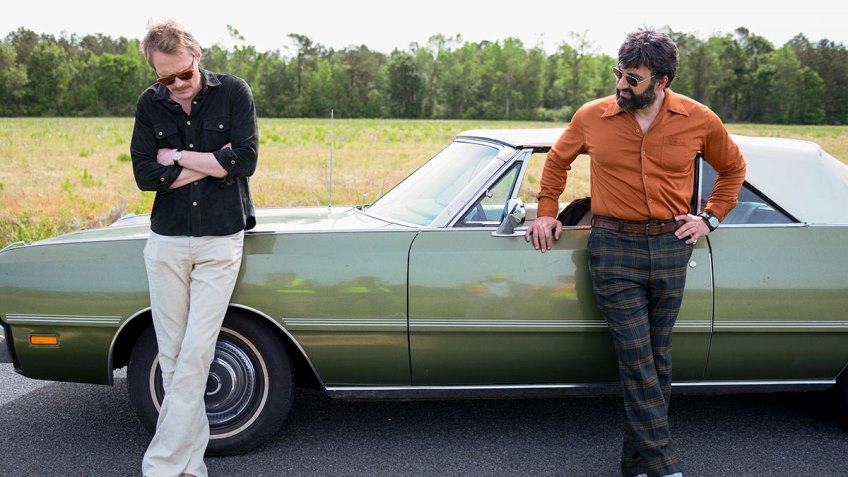 American Beauty writer Alan Ball takes us back to 1973, when we all had an Uncle Frank.

One of my favourite relatives growing up was Uncle Frank, a soft-spoken, shy man who never married, seldom attended large family events, and, when not enduring some mundane job, drew beautiful pictures that inspired my sister to become an artist. Long after Uncle Frank died, as unassumingly as he lived, my mother speculated that her uncle was gay. My sister and I had heard of gay people by then, but never thought we knew one.

Many of us probably had an uncle, or as in my case a great Uncle Frank – or an Aunt Frances. Writer-director Alan Ball, who is 63, must have had one, too, as his film, starring Paul Bettany, rings so true on many levels. It is also a coming-of-age story (think, To Kill a Mockingbird) with 14-year-old Elizabeth “Beth” Bledsoe’s (Sophia Lillis) narration telling us about the man who changed her life.

Creekville, South Carolina,1969. Though only 14, Betty Bledsoe is aware that her prospects in life are limited. While the family gather in the dark living room for the patriarchal Daddy Mac Bledsoe’s (Stephen Root) birthday, Betty is on the sunny veranda pouring her heart out to her bespectacled, lanky, retiring Uncle Frank (Bettany). Frank wears a permanent ironic smile on his handsome face like a defense mechanism: he is an uncomfortable outsider in his family home.

It is soon clear why his visits to Creekville are rare and are about to get rarer. Daddy Mac shows his displeasure at Frank’s practical birthday gift (a shoe polishing machine) in order to humiliate him in front of submissive ‘Mammaw’ Bledsoe (Margo Martindale), bigoted Aunt Butch (Lois Smith), broken brother Mike (Steve Zahn), kindhearted, self-deprecating, sister-in-law Kitty (Judy Greer), and sympathetic sister Neva (Jane McNeil). The women fuss about in the kitchen while the men, Mike ingratiating himself with his father, stick to their small-minded, macho ways.

Betty is different. She wants to change her name to Beth and escape Creekville. As for a trip to New York City where Frank is a respected literature professor, Betty complains that her parents will not even let her go to majorette practice because of the skimpy uniform. When the talk turns to sex, Uncle Frank leans forward and whispers that he will help her obtain contraception if it becomes an issue. Frank encourages his niece to be herself: ‘There are so many things Beth can accomplish beside being a majorette.’ When Betty tells Frank, she is an all-A student, he points out, ‘you can get a scholarship and go anywhere you want.’

Four years later Beth (she has changed her name) is in New York, a literature major at New York University. Her parents have driven her there to settle in, and Frank has invited them to a celebratory dinner. Because Frank never mentioned his girlfriend, Charlotte (Britt Rentschler), she explains that they were reticent about admitting she was Jewish. ‘I’m just glad you ain’t black,’ Mike pipes in before the table turns silent. When Kitty, seeking common ground with Charlotte who jokingly calls herself “a bitch”, volunteers that Mike calls her a bitch, we can add misogyny to the cruelty and bigotry that Frank confronts in his family.

It turns out that Charlotte is a prop, a rent-a-girlfriend for Frank, and wife for Frank’s partner for the past ten years, Walid, ‘Wally’ Nadeem (Peter Macdissi). Wally, who encourages Frank to come out to his family, keeps promising his Muslim parents, safely separated by continents, not states, that one day they will meet his wife.

The film is divided into four sections. The brief opening sequence in Creekville, is followed by a long New York City section; a road trip to Daddy Mac’s funeral, and a final section in Creekville. The two central sections are the strongest and see Ball writing at the level of Sam Mendes’ American Beauty, a film for which Ball won the Academy Award for Best Original Screenplay 21 years ago.

These two sections exhibit what was so admirable about American Beauty: a familiarity that people of a certain age instinctively feel looking back at an era and seeing it for the first time. Ball is also willing to leave loose ends dangling and raise threats that never materialise while presenting us with little surprises. After the discussion about contraception early on, and Beth’s NYU boyfriend, Bruce (Colton Ryan) holding back on sex ‘until we get to know one another better’, a sex scene seems inevitable. It is probably not a spoiler to say that Beth never does lose her virginity. In a creepy twist, when Bruce and Beth surprise Frank at a party he and Wally are throwing, Bruce becomes a threat; and not just because he catches Frank smoking pot, an illegal act that could get him sacked. After the incident we expect Bruce to return to cause trouble, but he has served his purpose and fades away.

If only Ball were not so keen on tying up loose ends at the end. After portraying a stereotypical conservative Southern family, and community, with entrenched religious, homophobic, and racial bigotry in the first half of the film, are we really being asked to accept that it was all just an act to placate Daddy Mac?

Equally problematic are the flashbacks. During the wonderfully nuanced road trip to Daddy Mac’s funeral, Frank has the first set of flashbacks to a tragedy that is tied in with Daddy Mac’s discovery that his son is gay. That a son humiliated by his father would take out his anger and shame on his boyfriend, whom he blames for his predicament is psychologically convincing. The flashbacks, though, are too melodramatic and sketchy – and come too late in the story – for us to share Frank’s emotional breakdown. The secret history that Frank has had to live with his in silence should have been fully dramatised up front with or without a “30 years later” caption.

After showcasing his versatility in films as diverse as A Knight’s Tale, Dogville, A Beautiful Mind and Wimbledon, Bettany found a new calling in the lucrative Marvel Cinematic Universe as J.A.R.V.I.S., and as Vision in Captain America: Civil War. Here, his fair complexion, good looks, fine features, clean shaven skin and tall, slim frame are shown in sharp contrast with the dark, hirsute, stocky Wally and both actors are convincing. This is a film that will seem like ancient history to younger generations, who might not appreciate what all the fuss is about. With the addition of Wally’s character, however, it becomes a film about fearing what is different; about a kind of bigotry that, like a weed rooted in society, can, if you dig it out, be eradicated.