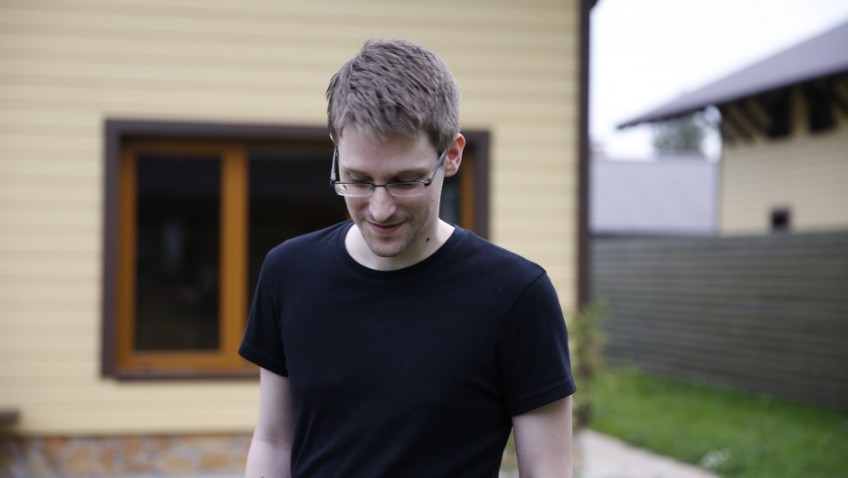 An amazing fly on the wall documentary about Edward Snowden

In early 2013, still only 29, Edward Snowden had already worked for the CIA as a system administrator; for the Defence Intelligence Agency (DIA) as a counterintelligence trainer; for a private intelligence contractor in Japan, working inside the National Security Agency (NSA); and for Booz Allen Hamilton, Hawaii inside the NSA.

His grandfather was a rear admiral in the US Coast Guard before joining the FBI; his father was an officer in the Coast Guard.  Few 30-one-year-olds have such impressive patriotic credentials.

Yet by June 2013, Snowden was wanted by the US Government on theft and espionage charges and is now stuck in Russia as a temporary asylum seeker.  Laura Poitras’s amazing documentary Citizenfour was filmed in Snowden’s Hong Kong hotel room just before his flight to Russia.

Aside from talking heads and computer screens there is little to see, as data is not very photogenic. But what you hear is so shocking and persuasive that the film should be required viewing for all citizens and politicians alike.

A central ‘character’ in this story is Glenn Greenwald, a former journalist for Salon and The Guardian and a lawyer whose recent book, No Place to Hide, is about the U.S. Surveillance State.

Greenwald, together with Poitras and author/journalist Jeremy Scahill (Blackwater: The Rise of the World’s Most Powerful Mercenary Army and Dirty Wars: The World is a Battlefield) have formed The Intercept to continue their award-winning online reporting.

In the unlikely setting of a sterile Hong Kong hotel room crammed with take-aways, computers, laundry, coffee mugs and water bottles, Snowden talks about police state surveillance being practiced in the so-called free, open and democratic countries of the USA and the UK.

What he discovered in his top secret jobs is, he felt, such a threat to the nation that it could not be kept secret and did not deserve to be.  What he tells journalists is being filmed by Poitras and written up and disseminated to the world via the Guardian and various websites.

On June 5th 2013, the Guardian published Greenwald’s inflammatory Verizon story.  He claimed that the National Security Agency (NSA) was at that moment collecting the telephone records of the US customers of Verizon, a major US telecom provider under a top secret court order.  These are not just the records of known or suspected criminals and terrorists, but everyone, as the data is being collected in bulk.

We are fly-on-the-wall witnesses to Snowden’s conversations with Greenwald, Scahill, Ewen Macaskill (defence and intelligence correspondent for the Guardian) and Jacob Appelbaum (a Berlin journalist and computer security expert) about the extent of indiscriminate surveillance on our personal communications. Apparently most major mobile phone providers are involved.

And least you think that this is a US matter that does not concern the UK, he revealed, through articles in the Guardian, that the UK’s electronic eavesdropping and security agency GCHQ, based in Cheltenham, has been gathering intelligence from internet companies around the world in conjunction with the USA.

The programme, run by the US, is called Prism and allows the government to eavesdrop on communications from people who assume their communication is private without seeking individual court orders.