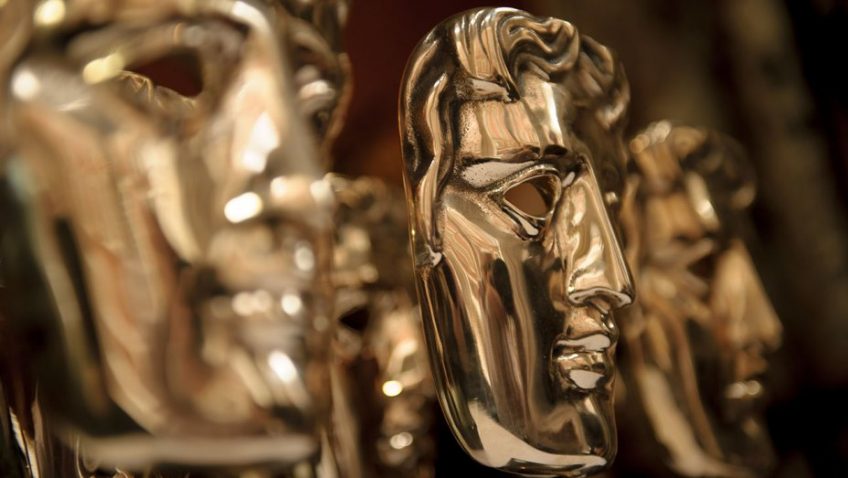 With Prince William as the President of Bafta (a shrewd move for an organisation that was never intended to be a charity and devotes enormous resources to ensuring that it does not lose that tax free status), the move from the Royal Opera House to the Royal Albert Hall was fitting.  Aside from that move, nothing much has changed since Friday 7, February 2003.  That was the date of the late Alexander Walker’s full page article in the Evening Standard entitled ‘Oscar’s Little Helper.’

Walker was referring to Bafta’s decision to position itself prior to the Oscars so that, in the words of its Director of the past 16 years, Amanda Berry, ‘They [now] absolutely treat us in the same way as the American Academy.’  Walker sees it differently. ‘So in thrall is Bafta to Hollywood’s spell that it has patronisingly hived off what authentic British films it can scrape together into a special pen called Outstanding British Film.’ Why does the British Academy have an Outstanding British Film category? This year, it was so that Bafta could finally give 80-year-old Ken Loach his first Best film award without missing the opportunity to award La La Land the Best (overall) Film Award.  I, Daniel Blake did, after all win the Palme d’Or – the top (overall) prize at the prestigious Cannes Film Festival.   Even Prince William might think it odd for a panel of foreign judges in France to be the only ones to recognise a film about the British welfare system made by a British writer and a British director.

Walker’s gripe was not only that the American Academy, and the Hollywood stars and studios were using the Baftas for free PR, but that the same few films were nominated by both organisations despite hundreds of films being released each year. Writing about the Bafta membership, Walker noted, ‘their overall nominations suggest that they have seen precious few of the year’s movies, and mainly the well-hyped, lavishly publicised productions…’  He then lists the films that won in 2007 (all lavishly publicised) to prove his point.  Continuing on that subject, Walker wrote: ‘Dissidents within Bafta’s ranks – there are a few, thank God – estimate that 80 per cent of the membership sees only 15-20% of the eligible films.’ Everyone knows that Walker had bees in his bonnet, but this year’s results again demonstrate that he may have had a point. If you like a film, you make life easy on yourself and tick boxes for that film in all categories across the board – even though a lesser film could have, say, better costume design, music or editing.

Did Block Voting affect the Best Actress and Music categories?  Emma Stone’s performance (though God knows, not her voice) in the much hyped and nominated La La Land was excellent to be sure. But nothing compared with Natalie Portman’s portrayal of Jackie. Pablo Larraín’s Jackie is a dazzlingly innovative, profound and intelligent film; too challenging perhaps for mainstream audiences.

This tendency to tick the boxes across the board also resulted in a Best Original Music Award to La La Land, overlooking Mica Levi’s more exceptional music for Jackie or Scott Walker’s atmospheric accompaniment to Childhood of a Leader. If Portman lost to Stone, it could also be because Jackie has grossed only $18 million as opposed to La La Land’s $294 million.  Despite its mission to recognise excellence, Bafta can sometimes confuse excellence with popularity. Like American Academy voters, many Bafta members attend only a handful of cinema screenings, finding it more convenient to view the hundreds of eligible films at home over Christmas when they are sent DVDS/Links from the distributors.  Putting aside the problem of assessing a film’s technical at home, what this means is that the un-hyped films are unlikely to be seen at all.  Who can watch, let alone take in and evaluate, 300+ films over the busy two week Christmas period?

Related to the fact that the same 5-10 films are nominated again and again in all different categories is the release dates for those films. Bafta members certainly have a problem with medium-term memory.  Starting with I, Daniel Blake, all of the films nominated for Best Film and Best Director were released in the four months prior to the January voting. The losers of selection by release date are, of course, the films distributed between February and August of any given year. Two of the most original, well-acted and directed films of the year, Charlie Kaufman’s and Luke Johnson’s Anomalisa and Whit Stillman’s hilarious Love and Friendship were released in March and June respectively and were completely ignored by Bafta voters. And yet, both Robbie Collin in The Telegraph and Peter Bradshaw in The Guardian (to name just two critics) awarded both films five stars and accolades such as (for Anomalisa),  ‘A masterpiece about the Human Condition’ and ‘Upsettingly Brilliant.’

Stillman’s genius was to take Jane Austen’s first novel, which she never published as she was dissatisfied with its old-fashioned epistolary form, and rewrite it just how Austen would have wanted it.  Surely the funniest film of the year and the most cleverly adapted screenplay, Love and Friendship was not even nominated. Instead, Lion, a tear-jerker story with a lacklustre screenplay, won best adapted screenplay.  It was equally surprising that Dev Patel would win any acting award, let alone Best Supporting Actor (wasn’t he the lead?) for Lion?  If Bafta had to give an acting award to Lion, surely it belonged to the charismatic 5-year-old Sunny Pewar? Mel Brooks, who was honoured with a Bafta Fellowship Sunday night, was only half joking when he said, ‘This is the only award that Harvey Weinstein had nothing to do with.’  Lion’s awards had more to do with Executive Producer Harvey Weinstein’s legendary promotional tactics than with relative merit. Bafta’s mission is to educate the public about film and recognise excellence. If that’s the case, why were there no awards for Moonlight with its 98% rating on Rotten Tomatoes? The film was up for several awards, including Best Film (but, ridiculously, not Best Director).  It’s not just that film’s relatively low promotional budget or the all- black cast and director that worked against it.  Moonlight, though somehow still eligible this year, is being released a few days after the Award ceremony.  Bafta needs the televised ceremony to achieve high ratings in order to continue selling it to the BBC and other outlets.  And no TV audience will be very interested in films they have not yet seen let alone heard about, no matter how great they may be.