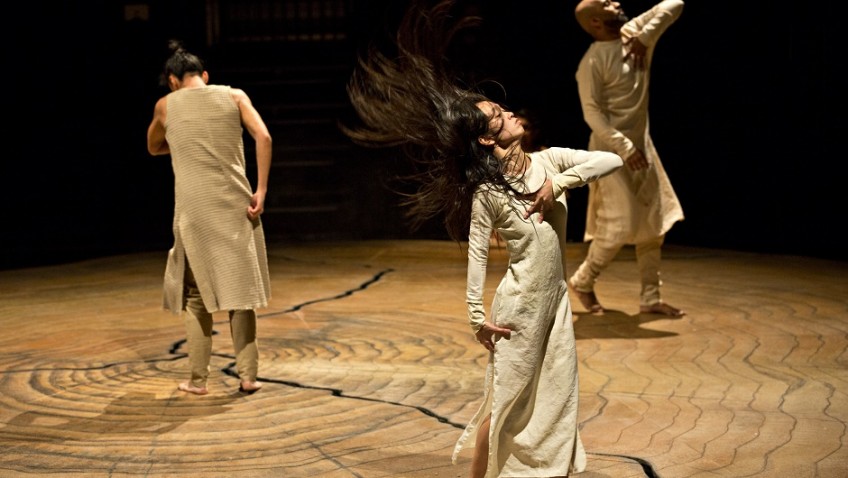 When he was 13 Akram Khan appeared in Peter Brook’s famous production of the Sanskrit epic the Mahabharata. Now, at 41, he has adapted one of the stories for the dance theatre stage.

Princess Amba is abducted on her wedding day by a celibate prince. She kills herself and re-incarnated assumes the identity of a male warrior to kill him.

There are just three actors and four musicians on and around a circular bare stage yet it has an epic feel. The stage is a sliced tree trunk which fissures. The lighting is harsh. The physical drama lasts an hour.

The Roundhouse was packed. The innovative Khan has his following. Chin-Ying Chin and Christine Joy Ritter, both cast as the princess, hold centre stage and Khan plays a valuable supporting role to them.

The final smoky image, with the stage seemingly on fire and the musicians hurling bamboo poles on the flames, is awesome.