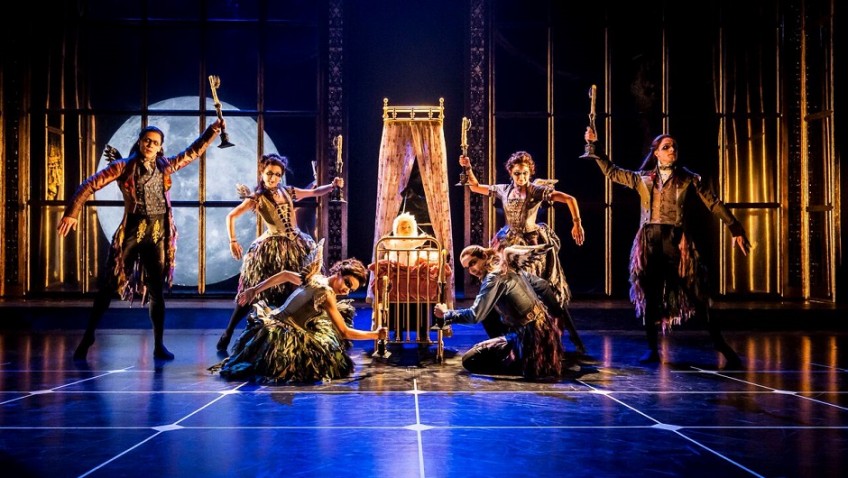 Sir Matthew Bourne, master showman, has been reinventing the classic ballets for close on 30 years now. His great achievement, ever since his all-male Swan Lake, is that he has been able to win over audiences who don’t know about dance and wouldn’t normally go and see a ballet.

Audiences go for the overall spectacle, the theatrical flair, the show business, rather than the choreography.

Bourne labels his dance theatre version of The Sleeping Beauty A Gothic Romance.

Princess Aurora is born in 1890. She pricks her finger in 1911 and wakes up in 2011. Designer Les Brotherton creates the Victorian, Edwardian and modern settings.

Tchaikovsky is pre-recorded and the music is played extremely loudly. Purists will definitely not be pleased with the liberties Bourne takes with the score.

The Edwardians waltz endlessly, having nothing else to do except play tennis. Sadly, there is no rose adagio, one of ballet’s most memorable and challenging sequences.

Aurora, when she is a baby, is played by a rod-puppet. When Aurora becomes a teenager (Ashley Shaw) she falls in love with Leo, a sweet lad, a gamekeeper (Dominic North), not a prince; and he’s not an Oliver Mellors, either, come to that.

The Lilac Fairy, the King of the Fairies, is now Count Lilac (Chris Marney), a vampire. (All the fairies are vampires.) Lilac gives Leo a good bite so he can become immortal and be there to kiss Aurora awake and instantly father a child.

The wicked Carabosse (Tom Clark), accompanied by two bare-chested henchmen, dies in Bourne’s version. But she has a son called Caradoc (also danced by Tom Clark). The best gag of the evening is when he gives Aurora the kiss of life and she doesn’t wake up. He gives her a good shaking but it has no effect.

The Sleeping Beauty was first staged in the UK by Charles Robinson Planché as an extravaganza in London in 1840.

Matthew Bourne’s The Sleeping Beauty, a modern extravaganza for family audiences, has been running for seven weeks and playing to full houses, no mean feat in itself for a ballet.