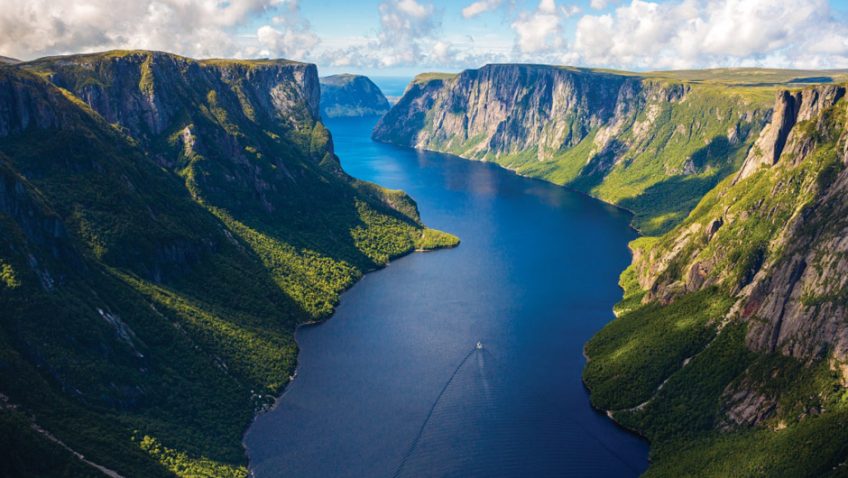 There’s a host of good reasons to visit Canada this year. Not only has Canada been named the number one country to visit in 2017 by the world’s most prominent travel guide publisher, Lonely Planet, this diverse nation of warmth and charisma is also celebrating 150 years of Confederation whilst its national airline, Air Canada marks its landmark 80th birthday.

And as part of Canada’s 150th birthday celebrations, visitors can take advantage of free admission to the country’s magnificent national parks, marine conservation areas and national historic sites throughout 2017. There will also be unprecedented opportunities to learn about Indigenous Peoples and to explore Canada’s rich heritage and cultural diversity through the Pan-Canadian Signature projects.

Atlantic Canada is a region located on the Atlantic coast, made up of four provinces – New Brunswick, Newfoundland and Labrador, Nova Scotia and Prince Edward Island. 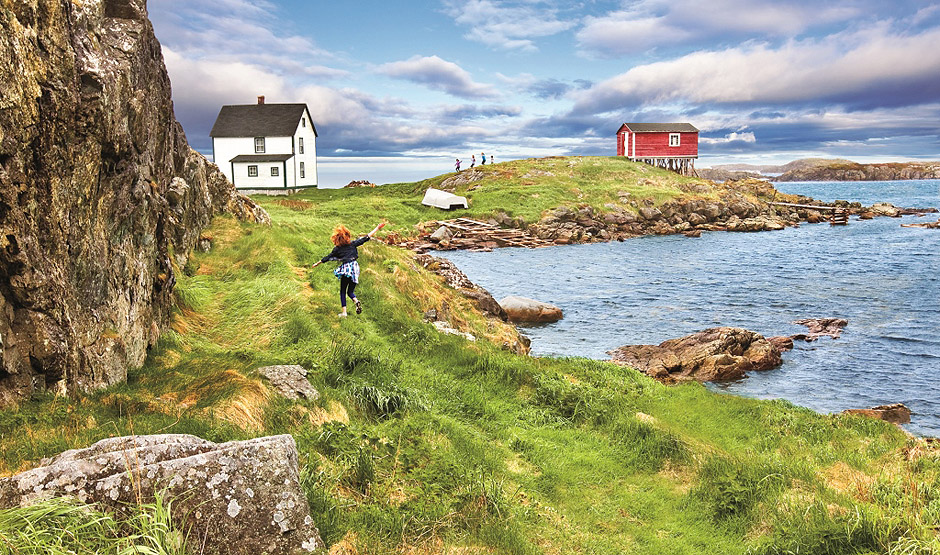 Less than six hours from London, Newfoundland and Labrador covers an area twice the size of the entire United Kingdom, and with 29,000 km of unspoiled coastline there is no danger of running out of places to explore.

St. John’s, the province’s capital, served daily by Air Canada from London Heathrow, is the perfect combination of big-city luxury and small-town charm. Visitors to the oldest and most easterly city in North America can wander down the narrow, criss-crossing streets carved by horse and carriage over 100 years ago, pass the colourful jellybean row houses, meander down to the waterfront and working harbour, look towards the Narrows and imagine a time when the waters were brimming with fishing schooners. 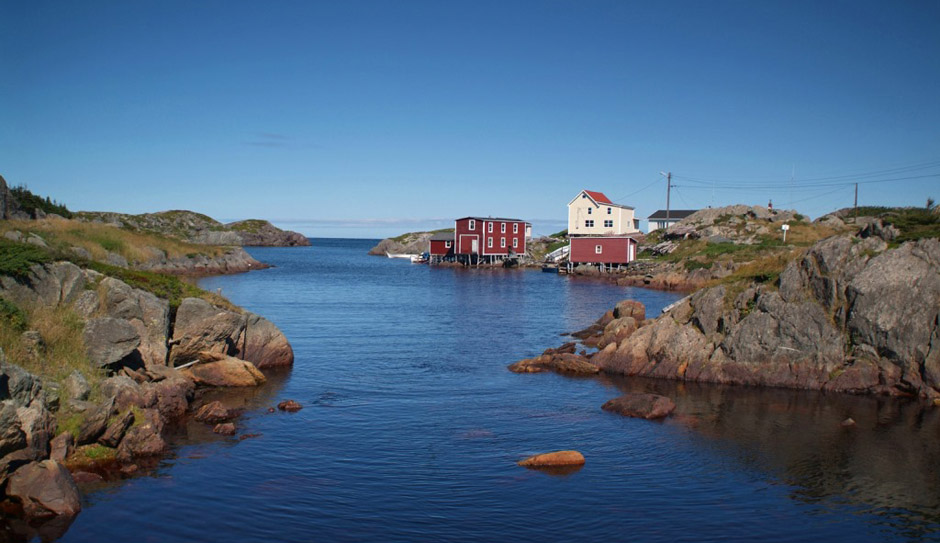 Leaving the city behind, nature-lovers can enjoy an abundance of wildlife with Newfoundland and Labrador boasting 22 species of whales alone. Dramatic coastlines, thick boreal forests, ancient rock formations, teeming seabird colonies, tiny alpine blossoms, and rich marine life are all part of its diverse natural heritage. From the island’s rugged south coast and maritime barrens, through the islands of Witless Bay and Baccalieu and The Tablelands of Gros Morne National Park, to the Torngat Mountains and the subarctic tundra of northern Labrador, it offers some of the most dramatic scenery east of the Rockies, made even more striking by the huge icebergs that drift down the east coast on the Labrador Current. 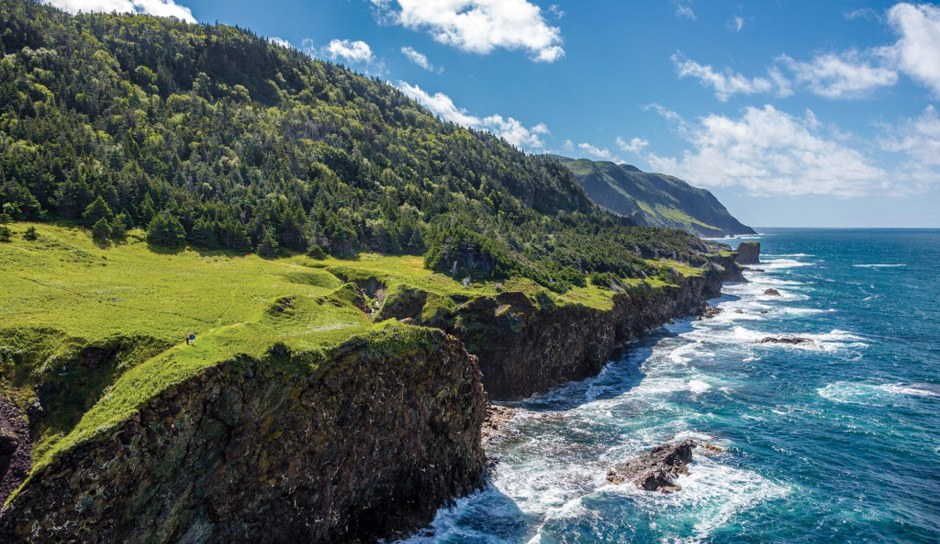 Newfoundland & Labrador’s newest UNESCO site, Mistaken Point Ecological Reserve, is the best place in the world to view 565-million-year-old fossils. Other highlights include a restored Viking settlement over 1,000 years old, perched near the crashing waves of the North Atlantic, or a lovely fishing village full of wharves and boats overlooking Iceberg Alley.

Music is also intrinsic to the natural and cultural landscape of the region with the traditional music of Newfoundland and Labrador rooted in Irish, Scottish, English, and French culture. The Newfoundland and Labrador Folk Festival, held the first weekend in August, features three days of lively traditional music in a picturesque downtown park in St. John’s. 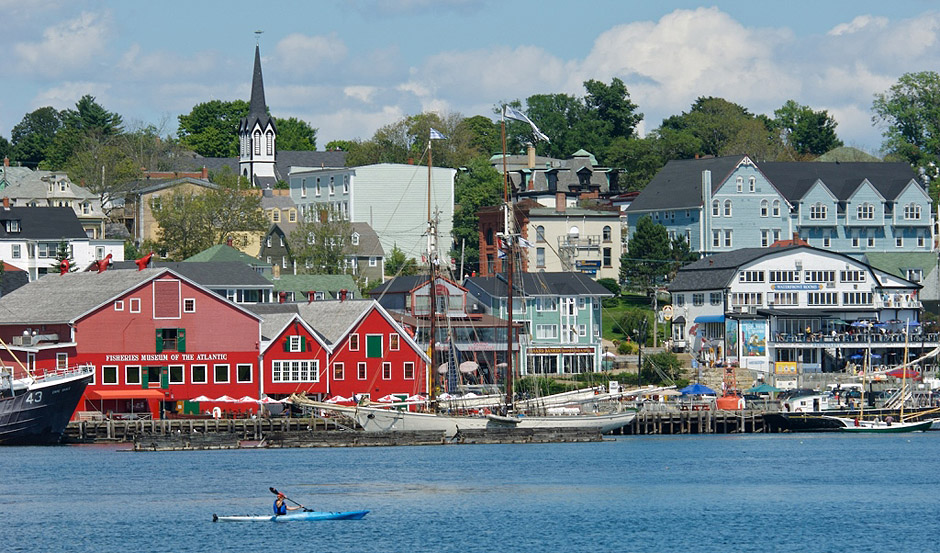 Only six and a half hours flying time from the UK, Nova Scotia is almost completely surrounded by ocean. Maritime influences dominate this pretty, historic peninsula where brightly coloured fishing villages, stacked lobster pots and a strong maritime history embody the romance of the sea more than any other province.

Halifax, Nova Scotia’s capital, is a true maritime city, connected to the UK with Air Canada’s daily non-stop service from London Heathrow. Visitors to this historic port city, the largest in Canada’s Maritime Provinces, can stroll along the historic waterfront, check out a host of fascinating museums including the Canadian Museum of Immigration at Pier 21, the gateway into Canada for one million immigrants, or catch some live music. 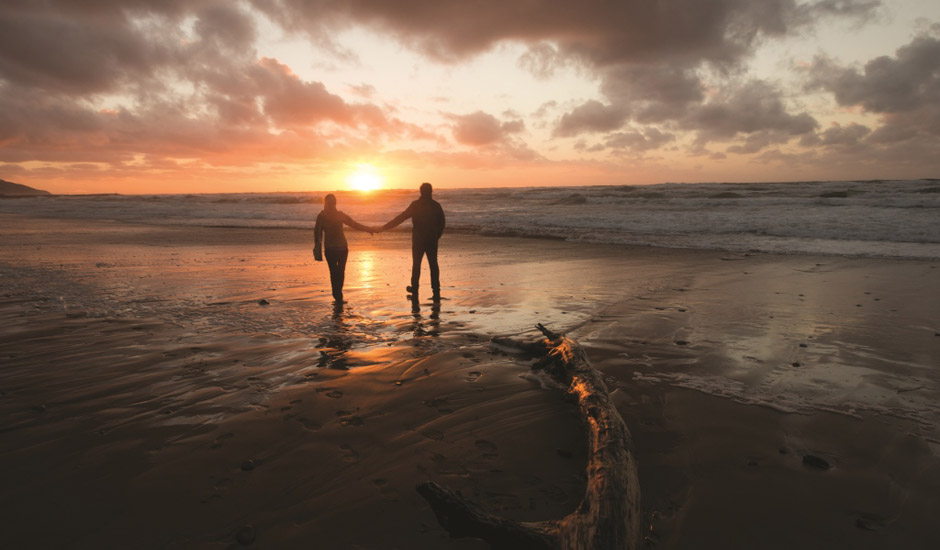 On the northern tip of the province is Cape Breton Island and the Cabot Trail, one of North America’s most dramatically beautiful coastal roads that passes through Acadian settlements where Celtic folk music still forms a living link with the Europe of old.

Lovers of the great outdoors can enjoy breath-taking scenery along the world-famous Cabot Trail on Cape Breton Island, visit the iconic Peggy’s Cove Lighthouse, just outside the capital city of Halifax, go whale watching during the summer and autumn months or visit one of the many museums and historic sites that offer a glimpse into the Province’s rich cultural and geological history. From the historic Fortress Louisbourg in Cape Breton to the Joggins Fossil Center (a UNESCO World Heritage Site), there is plenty to explore. 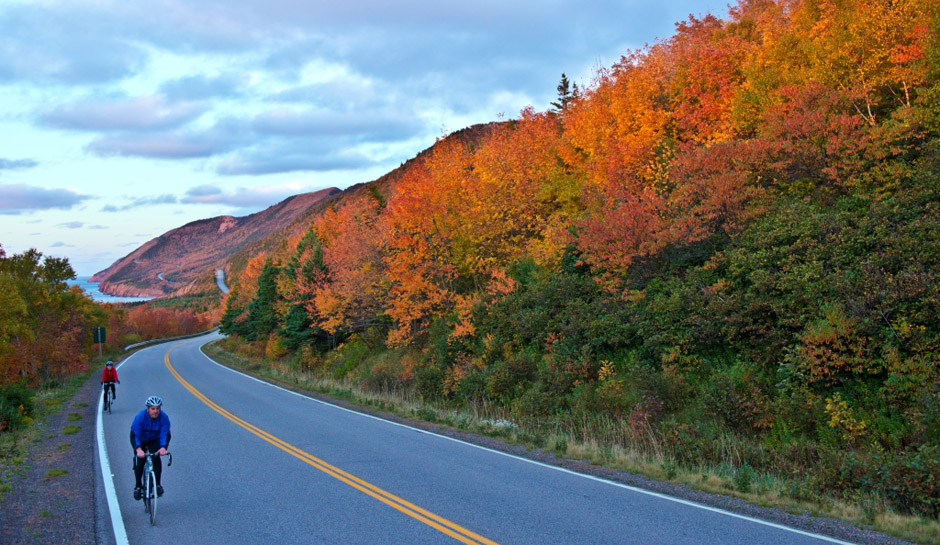 Prince Edward Island (PEI), Canada’s smallest province, is a land of rich, rolling, red farmland, verdant valleys, stunning seascapes and bustling harbours. For the keen golfer, PEI has courses to suit all skill levels and budgets including several courses considered amongst the best in Canada.

Fans of “Anne of Green Gables” can discover for themselves the real-life magical setting for this timeless classic and the land that captivated Anne in L.M. Montgomery’s stories. Anne’s beloved landscape, a patchwork of lush rolling fields, tidy gabled farmhouses and seaside villages has barely changed since the book was originally published in 1908.

PEI has endless possibilities for outdoor enthusiasts and whether its biking, walking or running, visitors can savour the magnificent scenery of the 269 mile Confederation Trail. When Prince Edward Island’s railway was abandoned in 1989, Islanders were quick to notice a unique opportunity and the idea of a tip-to-tip shared use walking and cycling trail in the summer and a snowmobile trail in the winter was born. With beautiful rolling hill scenery, quaint villages and broad bay seascapes, the Confederation Trail is Prince Edward Island’s portion of the Trans Canada Trail. 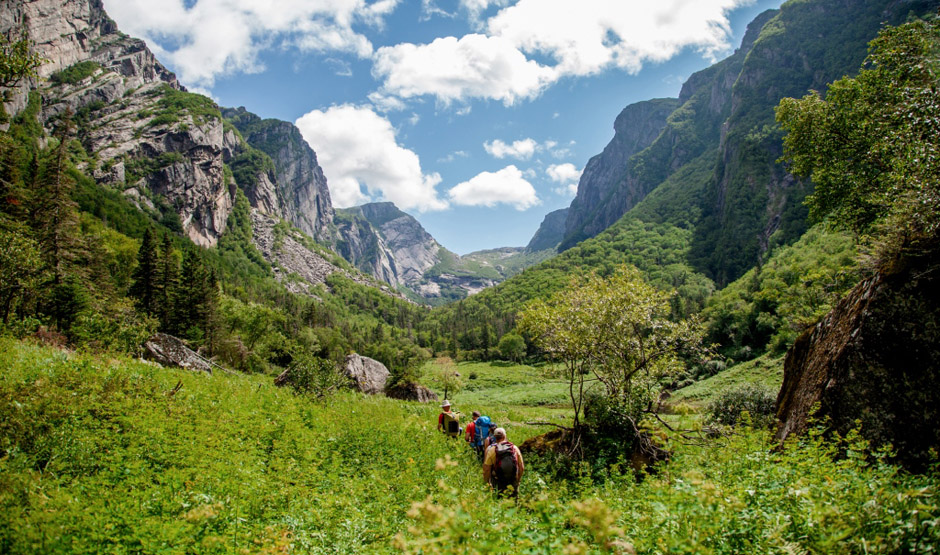 During the warm summer nights visitors can also check out one of the Island’s musical hot spots such as Charlottetown’s popular jazz and blues festival featuring both well-known and up-and-coming musicians.

The province of New Brunswick is made up of five diverse regions with a unique cultural mix of French Acadian, Scottish, Irish, English and First Nations people. The province boasts sandy beaches, beautiful vistas, vibrant communities, the world’s highest tides and mouthwatering local cuisine that features some of the freshest seafood available anywhere in the world. Uncrowded and unspoiled, it is the ideal location for a road-trip, with endless stretches of scenic driving and wildlife viewing, charming inns, national and provincial parks and whales breaching before your eyes.

Offering the only daily non-stop services from London Heathrow to Halifax and St. John’s, Air Canada is the first choice for travellers planning a holiday to Atlantic Canada. From these airports, travellers can also benefit from seamless connections with Air Canada to points throughout Atlantic Canada and beyond. 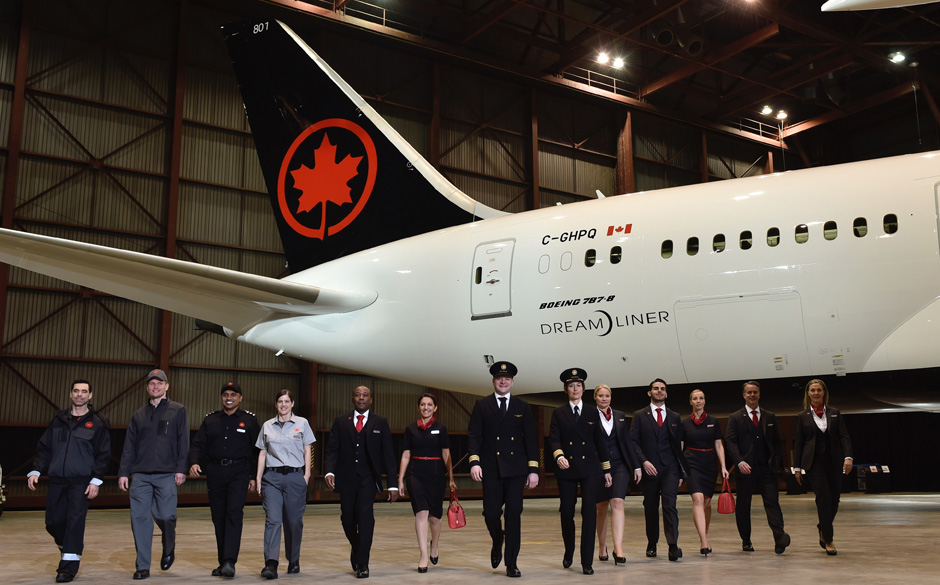 Air Canada has just been named the Best Airline in North America in the 2017 Skytrax World Airline Awards. Along with its award-winning international cabin standard, the airline is dedicated to providing customers with excellent customer service and the ultimate Canadian experience in the air. Highlights from its newly enhanced Canada-inspired in-flight menu include: Toronto-based Dufflet Pastries’ pumpkin spice loaf in Economy Class and Vineland Estates Winery white wine from Ontario’s Niagara region in International Business Class.

Why not travel in luxury and fly Air Canada International Business Class non-stop to Atlantic Canada? Customers receive access to a 24-hour concierge service for all travel and airport related matters, special requests and personalized services, as well as priority check-in, security clearance, boarding and baggage delivery and a generous baggage allowance (two checked bags up to 32kg each). International Business Class customers also have access to Air Canada’s award-winning Maple Leaf lounges located at 22 airports worldwide. London Heathrow is home to one of the airline’s flagship lounges, a serene, stylish oasis where customers can rest, refuel or refresh before their flight. With the use of Eramosa marble from Ontario and maple hardwood floors from Québec, it is an inspiring, contemporary celebration of Canadian design and artwork encompassing the majestic natural beauty of this great nation. 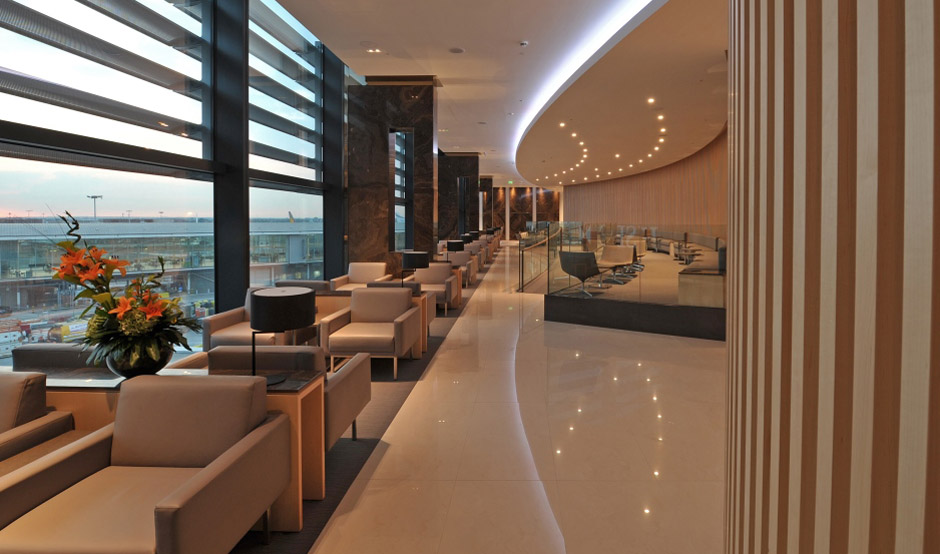 Find out more at www.aircanada.com or call Reservations on 0871 220 1111.
For more information on Atlantic Canada visit: www.atlanticcanadaholiday.co.uk