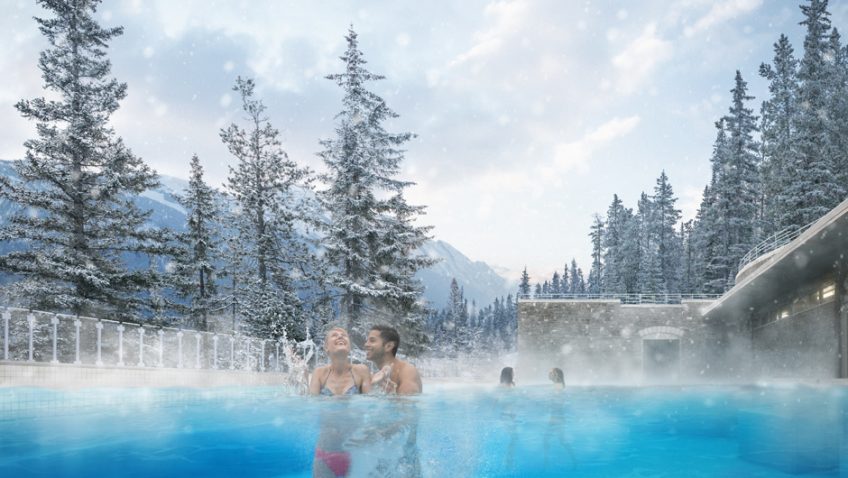 Canada known for its breathtaking landscapes and exciting cosmopolitan cities, is also a nation that prides itself on its welcoming citizens, so it is no surprise it has been named Lonely Planet’s number one country to visit in 2017. This monumental year also sees its 150th anniversary and Air Canada, the country’s flagship carrier marks its 80th birthday.

Alberta is a province located in the heart of western Canada, bordered by the spectacular Canadian Rocky Mountains. It is home to five UNESCO World Heritage Sites, cultural cities and world-renowned resorts, as well as dramatic Badlands scenery filled with dinosaur heritage, and First Nations culture. And, throughout 2017, visitors have the opportunity to explore Alberta’s five national parks for free. So, don’t delay! Alberta is in easy reach with Air Canada’s daily non-stop service from London Heathrow to Calgary.

Edmonton, Alberta’s capital city, is situated along the North Saskatchewan River. A vibrant district with eclectic neighbourhoods and the largest expanse of urban parkland in the country. It is also home to a range of historical sites and museums including the famous living history museum, Fort Edmonton Park. A trip to Edmonton would not be complete without a visit to the West Edmonton Mall, the largest shopping and entertainment complex in North America and the size of a small city. The city also hosts more than 60 festivals a year, including the Edmonton International Fringe Theatre Festival, North America’s largest and longest-running fringe festival and the second biggest in the world after our very own Edinburgh Fringe Festival. It runs from 17-27 August, attracting over 700,000 visitors each summer with 1,600 performances from worldwide artists.

Check out Calgary, a chic metropolis in southern Alberta, set dramatically between prairies and peaks. It is a city firmly embedded in its rich western heritage yet buzzing with innovative energy. There is a flourishing culinary scene here, with a recent explosion of independent restaurants, each serving its own unique take on creative dishes. The city is surrounded by incomparable natural beauty, and its ideal location allows you to explore the magic of the Rockies or the mystery of the Badlands by day and be back in time for dinner. 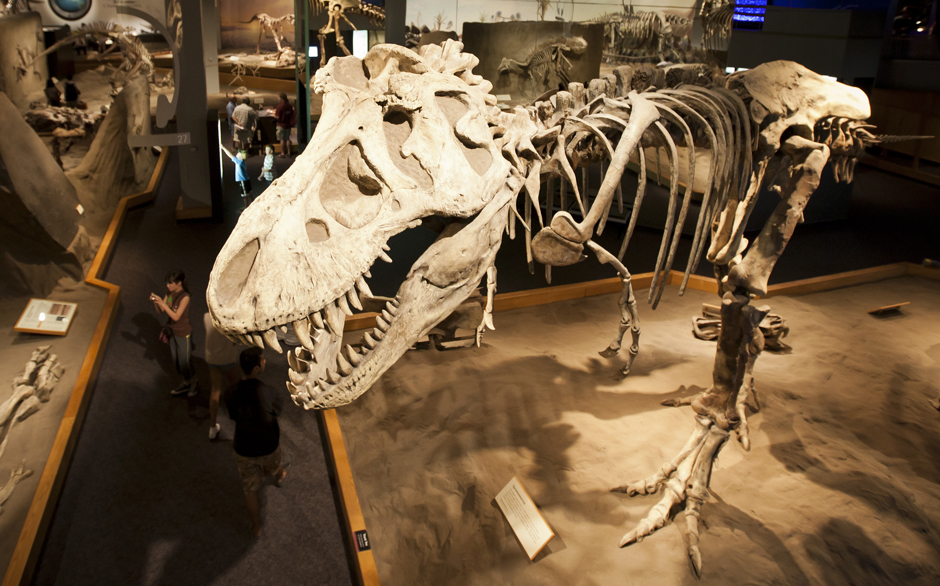 Why not take a day trip into the Canadian Badlands and travel millions of years back in time? In prehistoric times, much of North America was a lush subtropical habitat embracing a vast inland sea. This is where the dinosaurs roamed 70 million years ago. Their bones now rest in ancient riverbeds, framed by the maroon-striped canyons of the mysterious Badlands in central and southern Alberta. Discover the history of the pioneers who flocked west to build the railway and seek their fortunes in coal and clay. Wander through the cottonwoods along the banks of meandering rivers or ride horseback through meadows like the early cowboys and ranchers. In the heart of the Canadian Badlands, you will find The Royal Tyrrell Museum in Drumheller, a museum that has been at the forefront of paleontology for years, and opens its new must-see Grounds for Discovery exhibit this month.

If you visit this region you must explore the world-renowned Canadian Rockies. With so much to see, hop onboard the Rocky Mountaineer. It is much more than just a train journey, it is the key to unlocking a hidden world of astounding beauty. You will carve through otherwise inaccessible terrain, scale the sides of mountains, glide past glittering oceans and weave alongside steep canyons. And you will travel in first-class luxury and enjoy specially prepared gourmet meals, with locally sourced ingredients from the Pacific Northwest.

An ideal place to start your tour of the Canadian Rockies is in Banff. National Geographic Traveller has named it one of 21 must-see destinations in 2017 as it is home to world-class resorts offering luxurious accommodation and some of the top chefs and restaurants in Canada. Banff is surrounded by the dramatically rugged peaks of the Canadian Rockies in the heart of Banff National Park but wander along Banff Avenue and you’ll discover a wide range of designer clothing stores, souvenir shops, adventure outfitters, tour operators, spas, nightclubs and bars. And after a full day of hiking, skiing or sightseeing, slip into the famous thermal waters that led to the creation of Canada’s first national park.

Situated just 35 miles northwest of Banff, Lake Louise is the gateway to the Icefields Parkway, which is also featured in National Geographic as one of the 10 most scenic drives in the world. It has the amenities you need to make it your home base for hiking in the summer and some of the best powder skiing in Canada in winter, with the option to stay nearby at an authentic mountain lodge, chalet or hotel.

At the heart of the largest national park in the Canadian Rockies is the town of Jasper, a laid-back alpine community where the locals welcome you as long-lost friends. Jasper National Park is also one of Canada’s largest dark sky preserves. As daylight hours begin to recede stargazers come out to explore the night sky, with very little light pollution, it is an ideal location to see the stars, and lucky visitors are sometimes treated to an elusive performance by the Northern Lights. The Jasper Dark Sky Festival takes place in October, throughout the day space-related activities take place around Jasper and at night, sky experts gather to provide tours of the constellations, stars and planets above.

Travel non-stop to the province of Alberta with Air Canada’s daily service from London Heathrow to Calgary. Why not start your holiday from the moment you step foot in the airport and fly Premium Economy? Premium customers receive priority check-in and boarding services at the airport and on board, you will fly in ultimate comfort and enjoy a larger, further reclining seat, premium meals and complimentary wine and spirits. 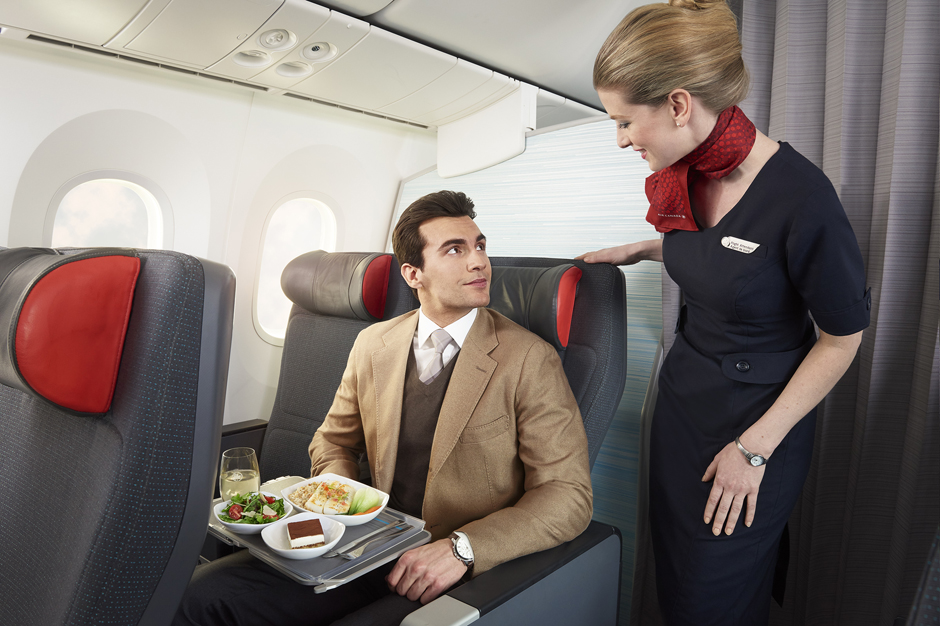 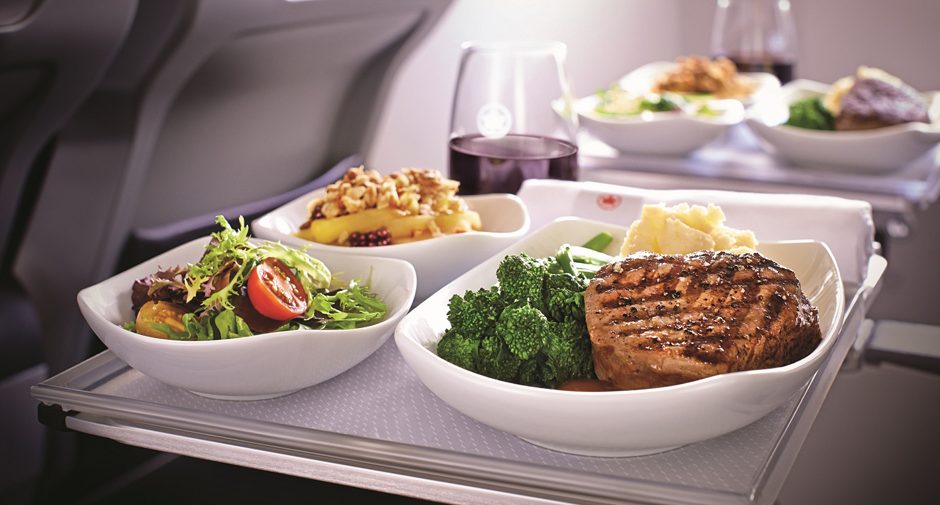 Along with its award-winning international cabin standard, Air Canada continues to invest in its product and services, providing customers with the ultimate Canadian experience in the air.

Find out more at www.aircanada.com or call Reservations on 0871 220 1111.
For more information on Alberta visit: www.travelalberta.com/uk