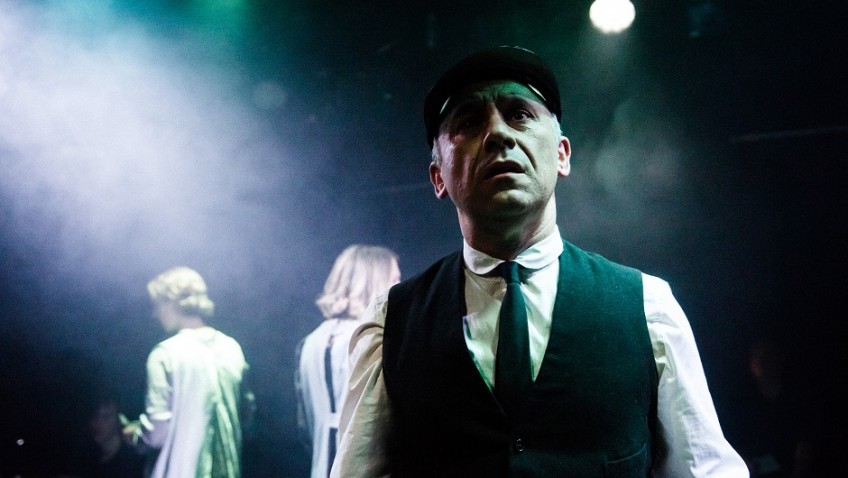 The Adding Machine, Elmer Rice’s expressionistic fable, written in 17 days and first staged in New York in 1923 by Theatre Guild, established Rice as a major playwright.

It was never a commercial success. Nowadays the most likely place to see it would be at an American university. 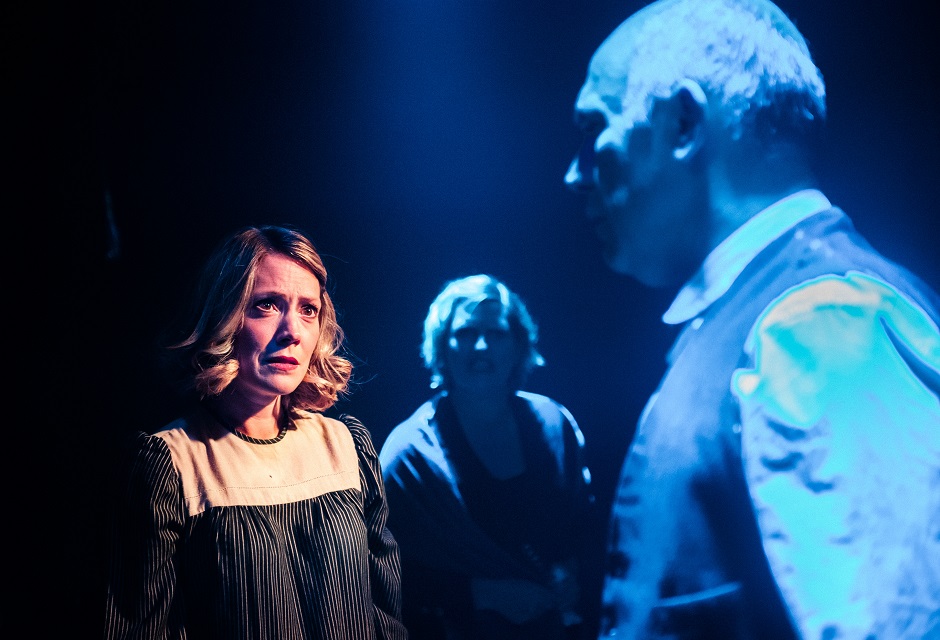 Mr Zero, like so many American guys in the 1920s, did not get a “square deal” from either President Roosevelt or God. He was just another victim of Social Injustice, Big Business and Automation.

Zero, a bookmaker, gave twenty‑five years to his firm where he added up figures all day. The only time his boss spoke to him was to sack him.

He shot his boss, was convicted, and went to heaven where he worked in a new office until he was told by God that he had to go back to earth and start all over again with yet another humdrum life.

In 2007 Jason Loewith and Joshua Schmidt turned Rice’s play into multi-award winning 95-mnute, straight-through, one-act musical and enhanced it; but not in the Broadway manner.

It remains a chamber musical. There are just eight singers and a three-piece band.

Josh Seymour’s production opens with a bravura aria by Kate Milner-Evans as Zero’s nagging wife, which is far too loud, music and singing, for the lyrics to be heard in the Finborough’s tiny traverse space. Diction improves as the production progresses.

Adding Machine: A Musical will never be a commercial proposition nor as popular as Kurt Weill’s adaptation of Elmer Rice’s Street Scene, but there are going to be lots of music theatre buffs who are going to be grateful for an opportunity to catch up with it.

Schmidt’s varied score gives a lot of pleasure and the Elysium Fields (with its mini-pool!) are a Busby Berkeley hoot.