Home / LIFESTYLE / REVIEWS > / FILM REVIEWS / A wry and delightfully entertaining look at the irresistible world of the bookseller. 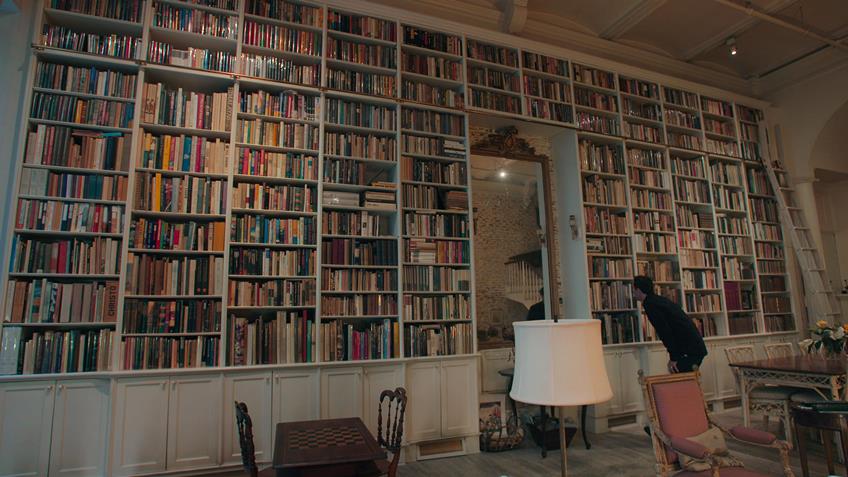 A wry and delightfully entertaining look at the irresistible world of the bookseller.

During the lockdown books emerged as our saviours, and the more we had on the shelves, the more bearable was the cultural meltdown. But as director-editor D.W. Young’s delightful and admirably comprehensive exploration of the world of booksellers reveals, there are many for whom an apartment, warehouse, office or a purpose-built building (such as the Walker Library of the Human Imagination, designed like an Escher painting) full of books is a passionate way of life. It might sound like a dry subject, but The Booksellers is one of the most entertaining documentaries in years, as the many intriguing dealers and collectors share their worlds with thought-provoking knowledge, colourful anecdotes, charm and humour. And it is the perfect film to watch while reading Susan Orlean’s new offering, The Library Book or as a companion piece to Netflix’s mind-blowing documentary The Circus of Books.

The film opens where it must: at the annual Antiquarian International Book Fair, the greatest book fair in the world. Appropriately enough it takes place in the magnificent late Victorian Park Avenue Armory’s 55,000 square foot barrel-vaulted drill hall (it used to be a tennis court), with, as one dealer points out, its wonderful clock that has stopped at a impossible time that does not really exist. “Like a casino”, says one man. “A book fair has no sense of time: it’s like being on a spaceship.” At his stand, dealer James Cummins shows us JP Morgan’s copy of a rare Shakespeare folio purchased in 1897 when he also splashed out $2,750 for a first edition of the first book ever printed, the Gutenberg Bible. It is now worth about $40 million.

Jay Walker describes the place as a fantasy fair, but unlike going to the Morgan Library or the NY public library, everything is for sale!

What book dealers really do, we are told, is “inculcate neophytes into the wonder of the object of the book. They are cultivating customers for 10, 20, 30 years, so they are transmitting the ability to appreciate books.”

Judith, Naomi and Adina, the three daughters of the owner of Argosy Books, who have carried on their father’s work because they reflect, they were not expected to, would not disagree. The image of a bookseller is “an old man in a tweed jacket with elbow patches, a pipe and a glass of sherry.” Nicholas Lowry, who looks very much the quintessential antiquarian, reminds us of how that image developed in cinema from So, Boudu Saved from Drowning (1932); The Never Ending Story (1984) to Roman Polanski’s mystery thriller, The Ninth Gate (1999) in which Johnny Depp plays a rare book dealer! Adrian Lynne also bucked the stereotype in Unfaithful (2002) in which bored suburban housewife Diane Lane meets the dashing French bookseller, played by Olivier Martinez in New York’s artsy SoHo district. In The Big Sleep (1946) Humphry Bogart questions a shy female bookseller with big glasses, and then, of course, there’s 84 Charing Cross Road from 1987 reverting to type.

The sisters are sad that they did not have more photographs of 4th Street between Union Square and Astor Place (formerly Book Row) before it disappeared in the 1960s (a decade of wanton destruction as disastrous for New York City as it was for cities all over the world). If you were to stroll down 4th Avenue between Union Square and Astor Place back when the area was called “Book Row,” the sights and sounds would differ greatly from those of today. No fewer than 48 used bookstores lined the street where there are now restaurants and various shops. Now only the Strand remains as a reminder of Book Row.

This historic perspective continues as we are introduced to the most important book seller in the English-speaking world, ASW Rosenbach (1876-1952) who reigned supreme for the first half of the 20th century. He bought up rare books like you or I would pick up items in a supermarket a few times a week.

Throughout the film there is a lot of discussion about the key roles women collectors and dealers have played in a male dominated industry. The late Leona Rosenberg and Madeleine Stern were apolitical feminists and scholars who met at Barnard College and spent their lives as partners in the book trade and in life. Their major contribution to American (and world) literature was the discovery that the author of Little Women, Louisa May Alcott, had a prolific and successful secret life as a pulp writer of often very sexy and violent books.

Caroline F Schimmel’s interest in books began at the University of Pennsylvania when she noticed the dearth of books about women and by women about women. She has built up the world’s foremost collection of American history from the perspective of women’s experiences, in particularly, in the wilderness and wild west.

The film covers the pivotal, but rapidly disappearing role of the book scout, epitomised by Martin Stone, a great musician who, in between gigs, did all the shops, library, estate and garage sales before most people had their coffee. The book scout and dealer enjoyed a happy symbiotic relationship. We then learn about leather bound books (that need to be polished and oiled) vs. dust covers, that can often make the difference between a valuation $50,000 and $150,000.

The role of the internet is, naturally, discussed at length. On the plus side, there is the growth of the archive, and few are larger, more culturally important or topical than the Schomburg Centre for Research in Black Culture (also mention in Frederick Wiseman’s documentary New York Public Library). ‘The difference between an archive and someone collecting, we are told, is that “we have the whole of the works: the messy and unexpected bits, the drafts, notes taken on hotel stationery, allowing you to look at writers in a more holistic way.”

On the minus side is the ease in which everything is available to anyone online that has put many modern first dealers out of business. And then there is kindle, in which there is no object to sell.

For Dave Bergman, “it’s all about the hunt” and with the internet, there is no hunt. Books are not displays of wealth like fine art, but objects with histories and personalities to handle and learn from. We are introduced to him as Dave Bergman (sadly, not all the speakers are identified) a baseball playing middle-aged man with a wonderful sense of humour. He shows us a book that is too heavy to lug to a book fair, a real Moby Dick, full of life-size monographs of fish species. The larger they are the longer the page that pulls out horizontally.