Home / LIFESTYLE / REVIEWS > / FILM REVIEWS / A claim to heroism dependent on the complicity of a society that needs to believe in altruism! 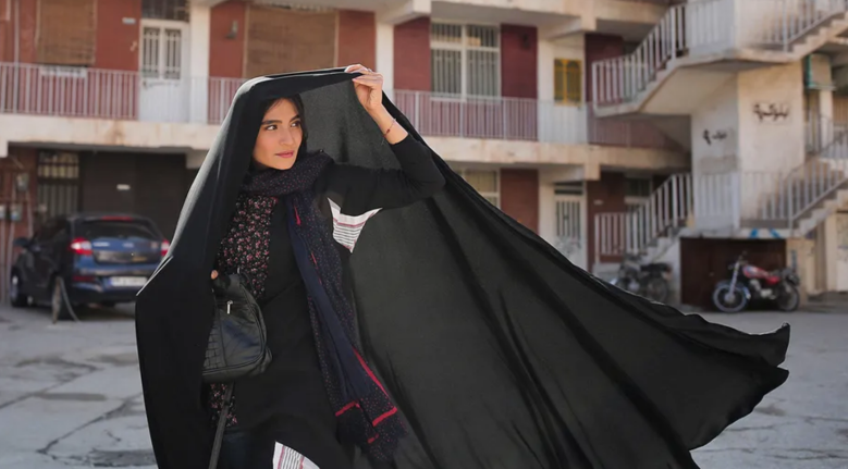 A claim to heroism dependent on the complicity of a society that needs to believe in altruism!

The acclaimed Iranian writer-director, Asghar Farhadi (About Elly), who alternates between making films in Iran and in Europe, has won two Academy Awards for, A Separation and The Salesman. After Everybody Knows, Farhadi is back in Iran – in the southern city of Shiraz – with A Hero, in which the morally challenged protagonist Rahim’s (Amir Jadidi) claim to heroism is dependent on the complicity of a society that needs to believe in altruism. For the first half of the film the weighty, topical themes have us looking at Farhadi’s third Academy Award, but like his character, Rahim, Farhadi digs himself into a hole in the drawn out second half.

Rahim is first seen on an excavation site, climbing higher and higher: up the vertiginous scaffolding of his ancient, rich, but unequal civilization. And for the next two hours we watch him descend from these unreachable heights.

Rahim borrowed money from a loan shark for an ill-fated business venture, and when he could not repay it, small business owner, Braham (Mohsen Tanabandeh) assumed the debt. When Rahim defaulted, Rahim was sent to prison.

The lovely Farkhondeh (Sahar Goldust) is secretly seeing Rahim. Her parents would not approve of her relationship with an unemployed, divorced debtor with a young son. She must be attracted to Rahim’s good looks, entrepreneurial ambitions, air of vulnerability, and his wide smile that is alternatively disarming and sheepish. He can have a hang-dog expression that elicits sympathy – until he exhausts our good will.

Rahim must feel like his luck is turning. He is out of prison on a two-day leave to cash in on a bag of gold that Farkhondeh found in the street. When the couple learn the value has fallen in a matter of days and will not pay off the debt, Rahim and Farkhondeh post notices in the streets searching for the rightful owner of the bag.

Does Rahim return the gold coins out of guilt, or can he foresee his 15 minutes of fame? Regardless, the woman shows up at Rahim’s sister Mali’s (Maryam Shahdaie) house where Rahim is staying. She arrives by taxi clouded in mystery and then disappears without a trace. Rahim’s inability to find the woman is a big problem when television and social media turn him into a hero.

Employers want to hire this man of integrity. Prison officials and a local charity that starts a collection fund for Rahim, promote the image of an ordinary Iranian who could have paid off his debt with found coins, but selflessly follows the righteous path. That is good publicity for the prison service and the charity alike. And the more they buy into this story, the harder it is to disinvest when doubts arise. It makes everyone feel good about themselves and their country.

Is the brutish creditor, Bahram an ironic mouthpiece for the director? He and his supportive daughter (Sarina Farhadi, Asghar’s real life daughter) was unable to pay his daughter’s dowry when Rahim defaulted and she did not marry. Bahram, who looks a bit like Mandy Patinkin in the final episodes of Homeland, has a point when he asks the hero worshippers: ‘Where in the world are people celebrated for not doing wrong?’ Or, should you be heralded for doing the right thing? We can ask with dramatic irony can you be a hero for doing the right thing for the wrong reasons? From this point on, Farhadi’s delectable satire on Iranian (although it is universally applicable) society runs on with diminishing returns.

Farhadi has said in an interview that his search for the right actor to play Rahim was extensive because he needed someone who could retain the audience’s empathy while questioning his moral compass. In the first half of the film, with its upward momentum and comical moments, Jadidi succeeds, but no actor is good enough to hold our sympathy when, in the long second half, Rahim’s desperation propels him on a selfish, ill-judged course that drags others down with him.

Mali and her husband have taken in Rahim’s son Siavash (Saleh Karmaei) who has a speech impediment and Rahim cannot afford therapy. If Siavash is bullied at school for that, his humiliation is compounded by his father’s shame. The boy desperately wants his father to be a hero and is willing to go on television to gain the public’s sympathy when doubts about his story emerge.

Equally callous, and also idiotic, is having Farkhondeh impersonate the missing owner of the coins when a suspicious policeman questions Rahim’s story. A rebellious taxi driver – who originally drove the missing woman to Mali’s house – joins the act, this time as a false witness.

Farhadi is a master of relationships, but here we are watching characters slotted into a complex story, rather than a story evolving around complex characters and their emotions. The supporting characters are one dimensional, particularly the women. Where is the discussion with Farkhondeh about her, a single woman’s, risk of aiding and abetting this charade, or Rahim’s realisation that he is exploiting and damaging his already damaged and vulnerable son?

This scene between father and son should be a corker but it has no more weight than the others. It should be the climactic moment where Rahim is finally driven to put someone else’s needs before his own. And instead of becoming a hero for it, he becomes a father.