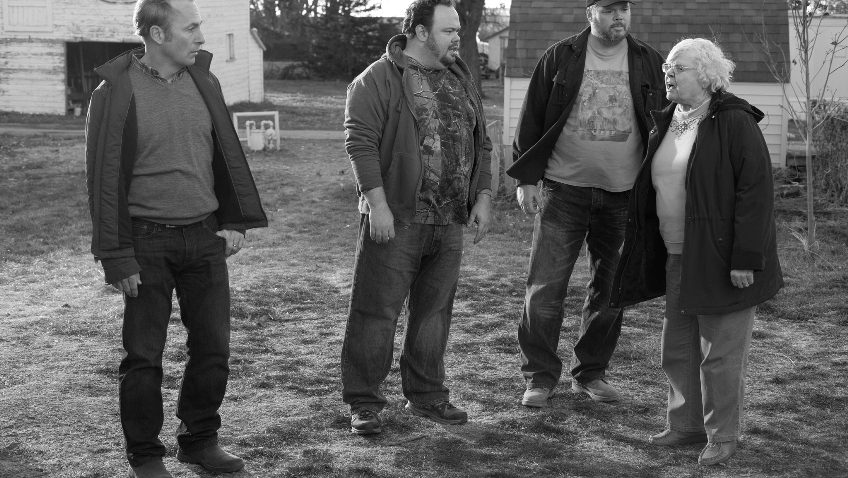 A beautiful portrayal of a deadly disease

Alexander Payne’s Nebraska, based on a script by Bob Nelson, shows that it is possible to make a great film about ageing parents without demeaning clichés or sentimentality. Although this is the first film that Payne has not co-written, it is, perhaps, his most personal film. Payne has lived most of his life in Nebraska and his portrait of the state never hits a false note. Like his last three films, Nebraska is about ordinary people who, facing a crisis in their lives, take to the road in the American tradition.

In About Schmidt, a retired insurance salesman leaves home only to discover that life exists beyond his narrow world. In Sideways, an ageing playboy and a wine connoisseur with a troubled career and love life, grow, along with the wine, when they take off to the California vineyards. And in The Descendents, a lawyer who is about to sell his family’s unspoilt property to a developer, goes off in search of his dying wife’s lover and discovers the true value of his land. In Nebraska, shot in black and white for a forlorn monochrome look, an 80-something retired mechanic, Woody Grant (Bruce Dern), starts walking from Montana to Nebraska, determined to get his share of the American dream.

Irascible and stubborn, Woody, a heavy drinker who has failed to leave his mark on life, is now battling with dementia. As Woody staggers down the freeway, a policeman stops and takes him to the local station. His son, David (Will Forte), collects him. Clutching an advertising ploy but convinced he has won a million dollars, Woody eventually blackmails David into driving him from their home in Billings to Lincoln, Nebraska to claim the prize.

Woody’s stoic and sharp-tongued wife Kate (June Squibb, Jack Nicholson’s wife in About Schmidt) is furious that David is giving in to her husband. She accuses David of being just like his father. She is right, but not because David is stubborn. As we learn, both are soft-spoken, honest, lacking in ambition but hard-working, and generous to a fault.

True to Payne’s scripts (two of which have won Academy Awards), characters are not defined by expository dialogue but by what they say and do. We see David, a salesman in an empty high street electrical goods store, explaining in detail the merits of a certain stereo to a young couple. We know that the couple will take this information and purchase the item on the internet or at Walmart. Later, our view of Woody changes when we learn about his tragic childhood from a visit to his family’s graveyard and derelict farm.

Kate and their two sons take care of Woody, but he hasn’t been much of a father. David’s more ambitious older brother, Ross (Bob Odenkirk, Breaking Bad), a local television news anchor, argues that “a home would be in his best interest – which, let’s face it, is more than he thought about with us.” Woody hasn’t been much of a husband either. “I never even knew the son of a bitch wanted to be a millionaire,” Kate snaps. When pressed, Woody’s needs are modest. He wants a truck (although his driver’s licence was taken away) and a compressor, although he no longer works as a mechanic. The truth is only revealed toward the end of the film when a combination of health concerns and aggressive, greedy relatives make his quest look futile.

Kate, who snatched Woody from a rival who “wouldn’t let him around the bases,” comes to his rescue when Woody suffers a fall and David and Woody are forced to spend the weekend at Woody’s brother’s home in Hawthorne, Nebraska. When Woody lets slip the real motive for his visit, greedy friends and relatives descend like vultures and the fun starts. Kate might be hard on Woody, but she is equally protective.

When Kate hears Ed singing In the Ghetto in a Karaoke restaurant, she tells David, “He always did have a good voice. That was the only good thing about that bastard.”

Whatever bad decisions Woody has made in a disappointing life, he married the right woman and has somehow been rewarded with a kind-hearted son, less critical of his father than the more driven and favoured Ross. But Ross joins the family in Hawthorne and the brothers are reunited in a comical episode.

If 77-year-old Dern (Django Unchained, Coming Home, Marnie) won the Best Actor prize at this year’s Cannes Film Festival, Will Forte and June Squibb, both giving performances of incredible range, subtlety and depth, deserve Academy Awards in the supporting categories. That their roles are so crucial reflects the fact that dementia is an affliction that affects the family. And, typical of Payne’s insightful direction, and Nelson’s beautiful script, the road trip delivers a host of other original, yet recognisable and real, characters.

With a smooth blend of humour and pathos that stays clear of sentimentality, the state of Nebraska is more than a symbol of America’s small town economic crash and dashed dreams. Payne is the master of the modern road movie and Woody’s prize provides the opportunity for the estranged David and the distant Woody to reconnect — and for us to see the father in the son.

When a representative of the marketing company asks David if his father has Alzheimer’s, he answers, “No, he just believes what people tell him.” Woody might represent a dying breed, but it is reassuring to know that they still exist.