Home / LIFESTYLE / REVIEWS > / FILM REVIEWS / This riveting and topical documentary about the murder of Jamal Khashoggi speaks truth to power. 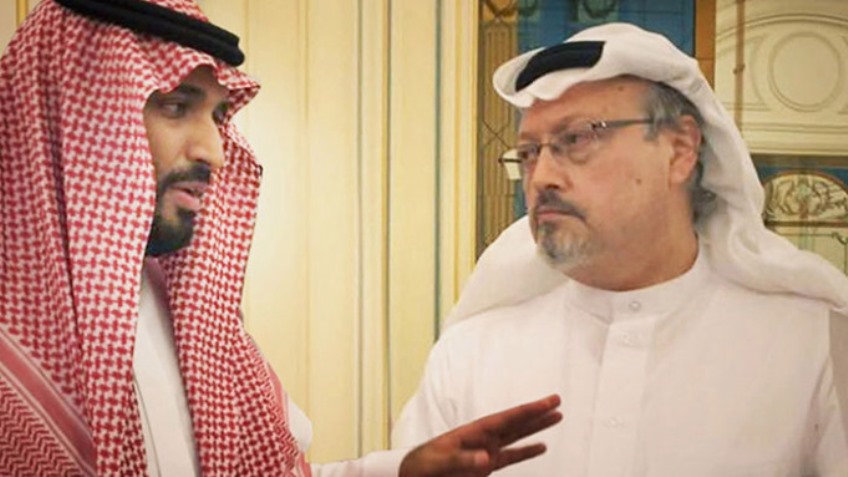 This riveting and topical documentary about the murder of Jamal Khashoggi speaks truth to power.

The Dissident
(Available for the UK on March 8 and 9th 2021 at the Glasgow Film Festival and in Ireland via the Dublin Film Festival website. See the website for VOD options). 119 mins.

U.S. President Joe Biden’s disappointing decision not to reconsider the case of murdered Washington Post journalist Jamal Khashoggi makes producer/director/co-writer Bryan Fogel’s compelling documentary all the more timely. Journalists and human rights’ champions the world over were optimistic when Biden initially indicated he would re-examine the shocking evidence that Donald Trump had, in 2018, swept under the Oval Office carpet for expediency.

When the state-sponsored murder of the Saudi Arabian insider-turned-dissident came before Trump, he disingenuously claimed that the truth surrounding the murder was unclear. Jamal Khashoggi walked into the Saudi Arabian Consulate in Istanbul on 2 October 2018 to collect documents for his upcoming marriage to Hatice Cendiz. She waited outside, but Khashoggi never returned and there is no CCTV footage of him leaving. He was declared missing. Within a month, almost everything was clear.

Turkey, on which Crown Prince Mohammed bin Salman (MbS) initially tried to pass the blame, sent out translated transcripts of the plans for the murder, and the gruesome murder itself, which were – astonishingly – recorded. These chilling, revolting recordings are perhaps the most effective part of Fogel’s film, but there is plenty more.

As Turkish Minister of Justice Abdulhamit Gül points out, eight high-ranking specialists were despatched from Riyadh on a private jet with diplomatic clearance to carry out the murder. The group included Maher Mutreb, a member of MbS’s security team, and the head of the country’s Scientific Council on Forensics, Salah Mohammed Abdah Tubaigy. Tubaigny is described as ‘an “expert on how autopsies are carried out; how corpses are dismembered.”

In this case, there was no possibility of an autopsy and nothing to bury – mission accomplished. Turkish police believe that on the night of the murder the complicit Ambassador in Istanbul ordered a large quantity of raw meat, presumably for a dinner party, so that the cooking of the meat would hide the smell of the journalist’s burning body parts.

Jamil Khashoggi, once an insider to the royal court, gradually realised that, to the royals, journalists are propaganda tools, there to serve the royal family. Ayman Nour, a former Egyptian Presidential candidate, later imprisoned, tells us, ‘Jamal’s biggest turning point was the Egyptian January revolution (2011).’ We see a tweet Khashoggi sent on 8 March 2011: “In Egypt today, I visited Tahrir Square. How lucky am I!” Inspired by the Arab spring, and disappointed by the reversals, he began pushing the boundaries of what could be said.

It was during Donald Trump’s visit to Riyadh that Khashoggi’s tweets went too far. According to Shane Harris from the Washington Post, MbS was trying to forge relations with America, especially through Trump’s son-in-law, Jared Kushner. But Khashoggi was critical of Trump and the Saudi news machine quickly responded that “the views of Jamal Khashoggi do not represent those of the Kingdom of Saudi Arabia.” Khashoggi was warned: don’t tweet, don’t write, don’t do anything.

In the midst of MbD’s much publicised emancipation of women and campaign against corruption, there was a crackdown on “dissidents” silencing other opinions and Khashoggi fled to the USA.

Fogel says, ‘from the start, this would be a film about truth.’ That is not the only reason why The Dissident is topical. After winning an Oscar for Icarus, which dramatically exposed Putin’s state-sponsored doping of Russian athletes, Fogel probably looks behind his shoulder when he goes out. No one who is interested in the truth is safe from reprisals.

This is brought into the spotlight by the parallel story of 27-year-old Saudi Arabian dissident Omar Abdulaziz Al Zahrani, who was granted asylum in Quebec while studying there in 2014 and now lives with constant death threats, in fear of his life. His 25- and 19-year-old brothers have been tortured, imprisoned and most recently “disappeared” for failing to dissuade Omar from his activism.

Omar maintains Khashoggi was killed because Saudi Arabia used sophisticated Israeli made spyware technology called Pegasus to listen in on Omar’s calls. They discovered that Khashoggi was communicating with Omar’s group and providing some financial support. “Jamal Khashoggi had one dream: to be the voice of the voiceless.” Inspired by his mentor and knowing that he can never return to his country or family again, Omar produces a YouTube programme speaking truth to power.

Even Jeff Bezos found his phone hacked when he refused to intervene with the Washington Post (which he owns) over its coverage of Saudi Arabia. Bezos attended Khashoggi’s funeral in Istanbul and paid tribute to him.

Fogel’s riveting film is a spy thriller, a biopic, a political investigation and briefing, the chronicle of a cold-blooded murder, and a love story. Though it overlaps with much of the information in Showtime’s Kingdom of Silence, this will be the definitive story for UK viewers. Only the situation with Khashoggi’s wife and their children are glossed over as he finds true love with the much younger Turkish academic Hatice Cengiz. Cengiz continues to campaign tirelessly for justice.

To find out where you can watch the film click this link.