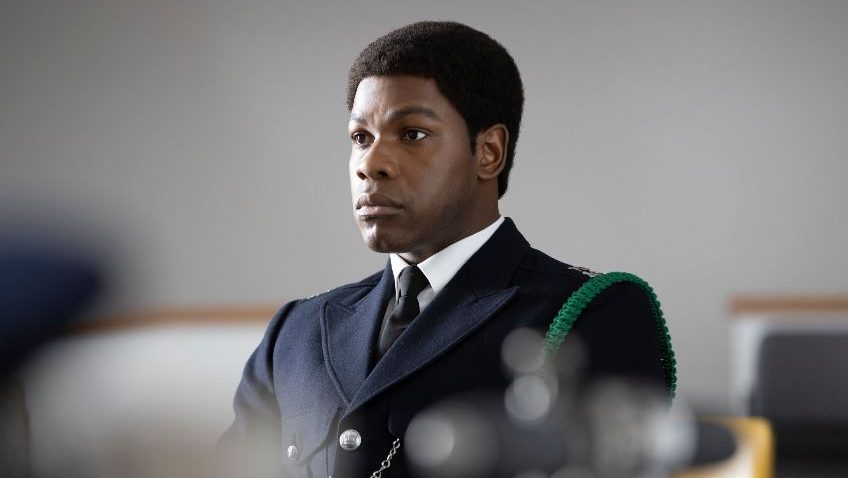 RESTLESS NATIVES (StudioCanal). Michael Hoffman directed this likeable Scottish comedy in 1985. Two young lads turn Robin Hood (or is it Rob Roy?) and get on their motorbike, having donned wolf and clown masks, in order to rob delighted rich Americans travelling on tourist buses through the West Highlands of Scotland. The boys, Vincent Freill and Joe Mullaney, are well cast and the landscapes are stunning.

SMALL AXE. RED, WHITE AND BLUE (BBC iPlayer). Steve McQueen’s quasi-documentary film about a black British man who joins the police force in order to serve the community and change the system from within. He is rejected by his dad, blacks and the blatantly racist police who fail to back him up when he is being beaten up by a criminal. John Boyega (who has just won an Oscar for promising actor) has authority, dignity and a far more rewarding role than he had in Star Wars.

RUNNING NAKED (Now Films). Two teenage boys, suffering from cancer, become friends in hospital. 15 years later they are still running naked. It’s a strange relationship which the film, directed by Victor Buhler, never comes to grips with and hovers between the comic and the outright dangerous in an alarming way. Matthew McNulty and Andrew Gower have the lead roles. Samuel Bottomly and James Sennect play their younger selves.

ANOTHER ROUND (StudioCanal) is directed by Thomas Vinterberg and seems to endorse an ugly intoxicating Danish culture. Mads Mikklesen heads the cast. Four teachers in mid-career crises take part in a binge-drinking experiment to improve their lives. It has unpleasant consequences.