Home / LIFESTYLE / REVIEWS > / FILM REVIEWS / At 60, Michael Moore is a one man army for positive social change in this delightful documentary 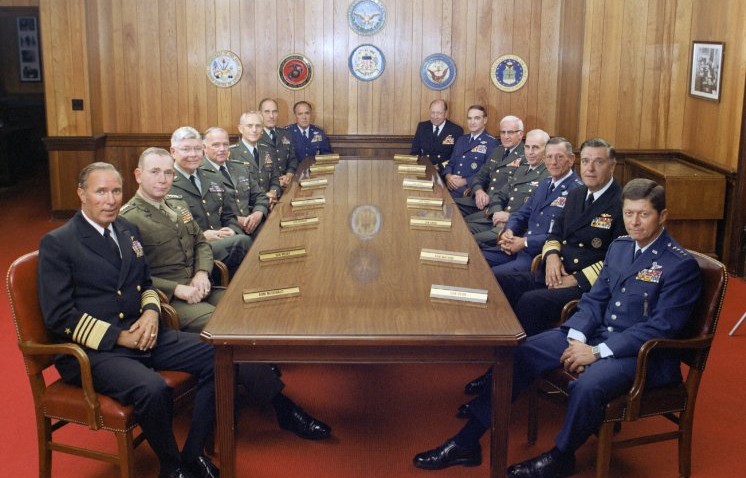 At 60, Michael Moore is a one man army for positive social change in this delightful documentary

Don’t let the title of Academy Award winning documentary filmmaker Michael Moore (Fahrenheit 9/11, Bowling for Columbine, Roger & Me) deceive you.  Where to Invade Next is a funny, thought-provoking and tenderly patriotic film that is only indirectly concerned with America’s controversial military policy.

Moore’s unexpected thesis is simple. From Korea to Vietnam to Libya and Afghanistan, America has not won a war since WWII and its armed forces haven’t a clue.  It’s time for a change in military strategy: ‘Instead of sending in troops,’ Moore suggests, ‘send in me.’  Moore promises that when he invades a country it will not be for oil, but for positive ideas that could help make American great again.

Moore’s often hilarious invasion involves stealing an idea from each of the peace loving countries he visits to send back to the USA.  The ideas chosen are likely to affect a majority of the American population, too.  They range from work/life balance in Italy; to a rethink of education in Finland and Slovenia; gender equality in Iceland and Tunisia; the penal system in Norway and Portugal to school meals and sex education in France. 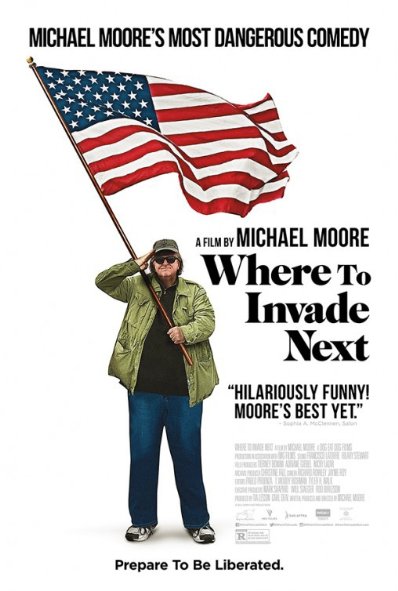 Moore begins the film by sailing, tongue in cheek, on the US Ronald Reagan, to Italy where we meet a happily married policeman and his wife, a buyer for a department store. They look relaxed and affectionate. They should. They get 35 days paid holiday annually (excluding national holidays); an extra month’s pay in December (to pay for the holiday) and two weeks paid vacation for a honeymoon. Then you can look forward to five months maternity leave. Moore’s astonished reaction is met by the couple’s when he tells them that US workers have no statutory holiday days in although two weeks is fairly standard.

Surely the Italian employers are up in arms? The fashion manufacturer Lardini, manufacture brand name fashion for the likes of Dolce & Gabbana and Versace.  It’s a cut-throat, fast-paced business but their employees have two months holiday a year and two-hour lunch breaks. Unlike the UK and the USA, however, there is almost no absenteeism through sickness.

While child obesity is a major problem in the USA and the UK, in France, pupils at a small town primary school politely refuse a sip of Moore’s coca cola, which he has sent out for. They are on water. There are no vending machines, and a balanced, four-course lunch is served restaurant style, with proper waiters. The children learn how to eat and what to eat while eating together. And they accomplish all this for less per capita than in the USA.  France is also doing well with sex education boasting one of the lowest occurrences of teen pregnancy in industrialized countries.

In the 1960s education in Finland and the USA was at the same level.  By 2000 Finland had shot to the top of the league. The secret: no homework and a twenty-hour school week. Afternoons are set aside for play and activities like music. ‘School is finding a way to learn what makes you happy,’ says the principal of one happy school.

The Minister of Education suggests that America should stop teaching to a standardised tests (the UK could do the same). The state school system is so good that there are almost no private schools a phenomenon which, in turn, gives the better-off parents a stake in making the school better for everyone.

Moore stays with education for his visit to the University of Ljubljana, where students from all over the world learn in a debt-free environment.  An apparently first-rate university education is free of charge.  There are apparently 100 courses taught in English, which is just as well as one of the US students interviewed only recently discovered where Slovenia is on the map.

In Norway we visit Bastoy, an open prison and Halden, a maximum security prison.  If Bastoy is like a holiday retreat, Halden boasts a beautiful library, vocational courses, and 115 prisoners to 4 guards.  Moore asks a prisoner serving 11 years for murder (21 years is the longest sentence) how many times he has been beaten up in the shower. ‘None,’ he replies laughing. ‘I have my own shower.’  Of the prisoner who is studying to become a politician, Moore quips, ‘that’s a novel idea; go to prison first and then become a politician!’

Is Norway soft on crime?  80% of US prisoners are readmitted within five years as opposed to only 20% in Norway. Meanwhile, In Portugal, drugs have been decriminalized with no rise in crime. But, warns the drug’s tsar, it has to come hand-in-hand with treatment.

Moore shines the spotlight on Tunisia where women were the driving force behind the people’s revolution that saw the conservative, Islamic government stand down for the good of the country and that made access to abortion a priority.  Iceland elected a female President in the early 1980s: a single mother with a young daughter, too.  A bank led by females was the only one to emerge unscathed from the banking crisis, while a 40% quota for women on the board of companies may have contributed to the country’s rapid economic recovery.

Naturally you have to take all this with a grain of salt.  As though anticipating the criticisms of his broad approach, Moore admits he is ‘picking the flowers, not the weeds.’  Italy’s high rate of unemployment isn’t mentioned, nor is the low population of Norway or the all white faces we see in the schools and prisons visited. Nor does Moore mention the mass exodus of French graduates to the UK and USA or the fact that German school children were kept ignorant of the holocaust until recently.  Moore is well aware of the down side; he just wants some of these ideas, many of which originated in the USA, to inspire his fellow-Americans to think the impossible.

Maybe it’s age. Having turned 60, Moore has written, directed and produced a film that differs from his others in two major respects.  Where to Invade Next is neither set in the USA nor in some killing field.  And while the film comes across as another indictment of what the USA has become, Moore has harnessed his anger and turned it into hope.