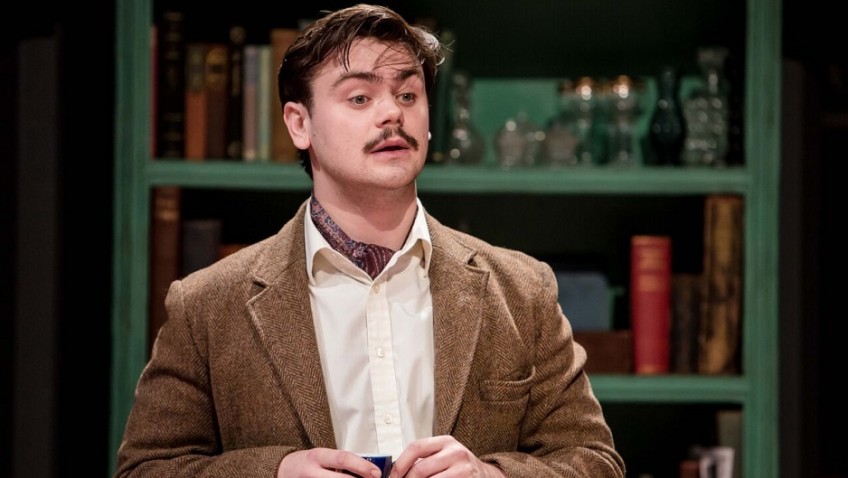 23-year-old Terence Rattigan had a big success in 1936

Terence Rattigan’s comedy premiered in 1936, the year of the Abdication crisis, when he was 23, and brought him instant fame. Hailed as “a masterpiece of frivolity”, it was exactly the sort of escapism the pre-war public was looking for.

Only James Agate, the leading critic of the day, gave it a really bad notice. He said it had no wit, no plot and almost no characterisation. The production ran for 1,030 performances.

The action takes place at a crammer in a small seaside town on the west coast of France where a number of young men, destined for the diplomatic service, are trying to learn French and are distracted by a predatory “bitch” (Rattigan’s word, not mine) who has a gift for making men fall in love with her.

I have often wondered what an expert in Restoration and Shavian comedy, such as Kay Hammond, did to make the “bitch” attractive to the boys on stage and to the audience.

“I think,” said Rattigan of the play, “it is a bit more serious than anyone has ever allowed. I regard it as a comedy of mood and character. It’s not simply a lot of young men romping around.”

But that’s exactly what it is. The men are liable to behave as they did when they were at public school and start debagging one another. The homoerotic subtext, which could give a modern revival an extra bite, is kept firmly in check.

I have seen French Without Tears a number of times and it never fully succeeds. The funniest scene I remember was a childish quarrel over who owned an India rubber. The attempt to turn it into a musical in 1960 was a commercial disaster.

Paul Miller’s production for English Touring Theatre in 2007 was one of the best I had seen. Now artistic director of the Orange Tree Theatre, he is directing it again.

Tom Hanson gets the revival off to a good start, speaking French in an appalling English accent. Hanson is totally at ease, underplays the comedy and inhabits his role in a way none of the other actors quite do. Sarah Winter is sweet as a vulnerable French girl in love.

I wonder if a revival of Rattigan’s wartime comedy, the much less revived While the Sun Shines, would fare any better.