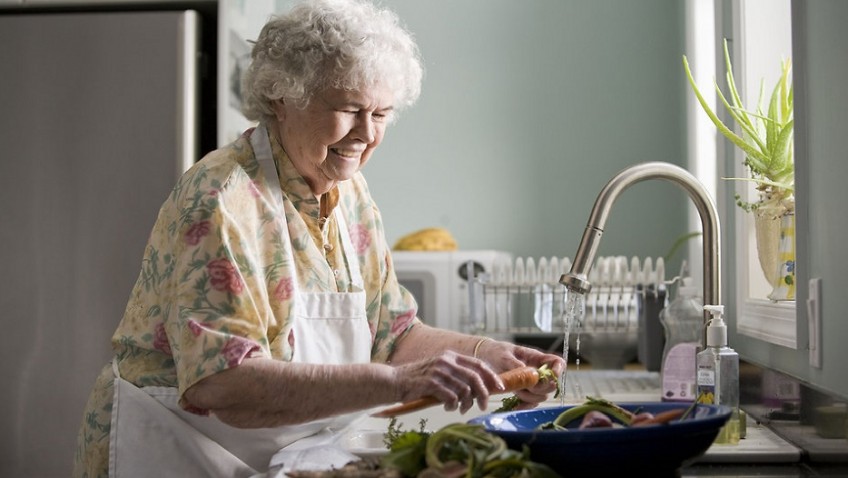 Over 60s reveal diet of snacks and ready meals

Millions of over 60s have an unhealthier diet than ever – because their kids have left home, a study has found.

After years of eating a healthy, balanced diet to cater for their children, pensioners are now instead turning to ready meals and snacks to get them through the day.

Six in 10 admit to skipping breakfast at least once a week while almost eight in 10 have a day a week where they don’t eat lunch.

Sixty-two per cent of those who took part in the poll, by Seven Seas, also admitted to regularly ditching a full meal in favour of a piece of toast, packet of crisps or even just a cup of tea or coffee.

And almost one in 10 never sit down to a home-cooked meal, with one in twenty only making an effort to cook something when they have visitors.

No longer needing to worry about what their children eat was among the top reasons for letting their diet slip along with health issues, not feeling as hungry as they used to and living alone.

Seven Seas’ consultant dietitian Helen Bond, said: “Sadly, this research doesn’t surprise me.  For years we worry about the meals we serve up for our children, and setting them a good example. But when the children have left, it seems there are many who struggle to keep their healthy diets going after their offspring have flown the nest.

“The over 60s need to make sure they are eating a healthy balanced diet, skipping meals can mean missing out on essential nutrients including  vitamin D and omega-3s. Both of which are vital for maintaining good health. For this age group it may well be worthwhile to supplement their diet with something which is full of simple goodness such as cod liver oil.

“It’s these nutrients that help to replenish our natural resources as we age and may help to protect us from various health issues.

“Worryingly, a large number of over 60s are skipping meals altogether, with breakfast – the most important meal of the day – the most common meal to drop.

“You don’t always need to have a large home-cooked meal, but it’s important to make sure you get three balanced and varied meals a day to help keep you fit and healthy and living well into old age.”

The study of 2,000 over 60s found 43 per cent admit their diet isn’t always that healthy, with 12 per cent going as far as to say their diet is worse now than it was in the past.

One in 10 admit they regularly over-eat, while more than one in twenty go to the other extreme and say they tend to under-eat.

But it also emerged the average over 60 skips two breakfasts, two lunches and one evening meal each week.

On top of that, they also replace one breakfast, two lunches and one dinner with a simple snack instead.

Not being hungry in the mornings is the most common reason for not having a hearty breakfast, along with being happy to settle for a cup of tea or coffee or struggling to get going first thing.

And when it comes to skipping lunch or dinner, a third do so because they simply aren’t always hungry, while 31 per cent say it’s easier to grab a snack instead.

A quarter claims to be too busy to fix something substantial while one in ten find it difficult as they live alone and only have to cook for themselves.

But 48 per cent of over 60s admit their children flying the nest and leaving home is one of the reasons why they no longer put so much effort into eating a healthy diet at all times.

Another one in 10 say they are too tired to spend lots of time cooking.

It also emerged 51 per cent of over 60s ignore the age old advice of taking cod liver oil, while another 49 per cent don’t take vitamin supplements.