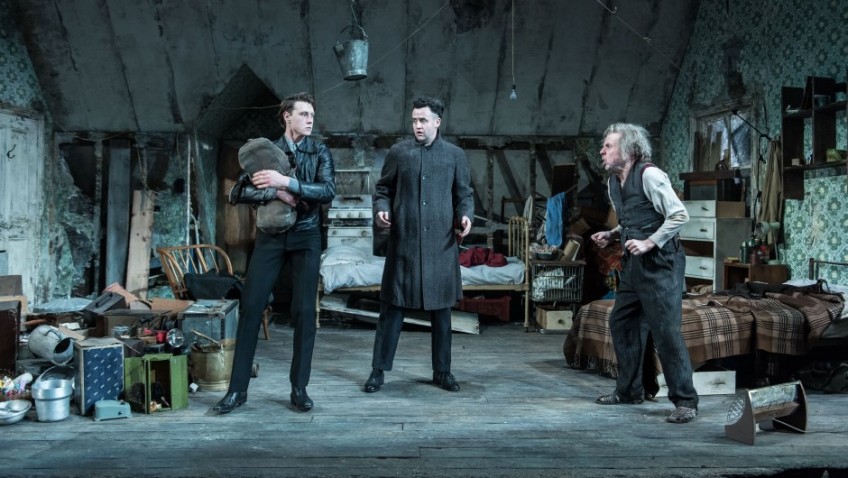 ﻿Timothy Spall returns to the stage after a very long absence

THE CARETAKER, which premiered in 1961 with Donald Pleasance in the title role, was Harold Pinter’s first commercial success and instantly established him as a major playwright.

Since then the tramp has been played by such actors as Leonard Rossiter, Warren Mitchell, Patrick Stewart, Michael Gambon and Jonathan Pryce. Gambon was the filthiest tramp you ever did see.

The role is now taken by Timothy Spall, returning to the stage after a very long absence, and his shaggy larger-than-life caricature is up there with his performances on film as the painter JMW Turner in Mr. Turner and as the playwright WS Gilbert in Topsy-Turvy. 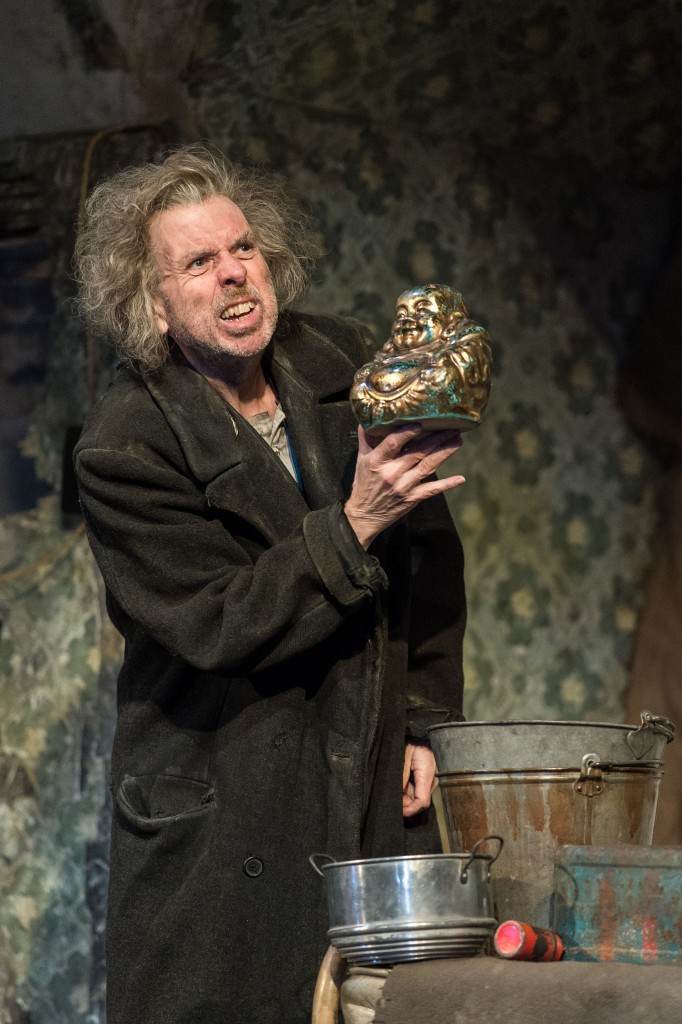 Spall plays Davies, a dirty old tramp, who is befriended by one brother (Daniel Mays) and humiliated by the other (George MacKay). Stupidly, he switches his allegiance to the bully and finds he is rejected by both men.

Matthew Warchus’s production relies on Spall to carry the audience through the first act, which he does giving the tramp airs and graces and exaggerated manner of speaking.

Davies is a lazy, dirty, smelly, selfish, mean, racist cadger, who gets his just desserts. Bully boy Mick nails him:

“Every word you speak is open to any number of different interpretations. Most of what you say is lies. You’re violent, you’re erratic, you’re completely unpredictable. You’re nothing else but a wild animal.”

Mick might also be talking about himself. He uses sarcasm and irony to bamboozle and provoke Davies, plying him with useless bits of information about street names and bus numbers.

George MacKay takes his long speeches at a terrific lick. The speed is very impressive but the truth is that these highly characteristic linguistic games (very Pinteresque) would be even funnier if he took them a bit slower. 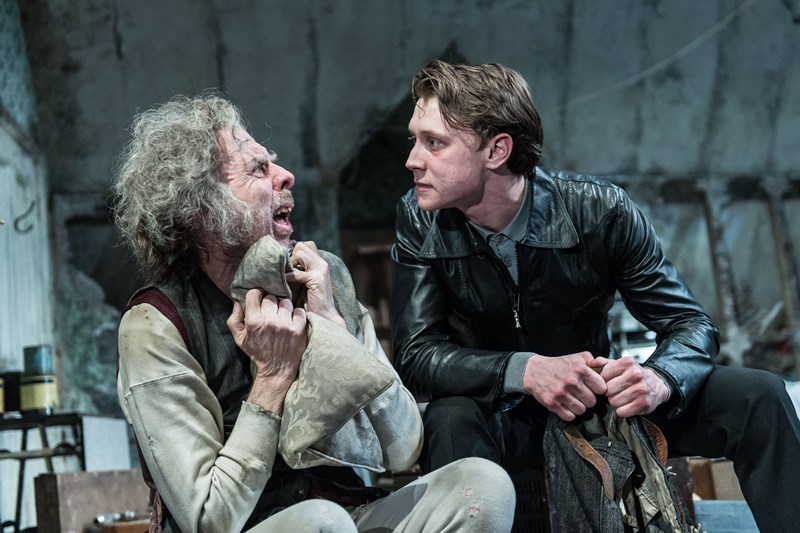 Daniel Mays’s key moment comes when Aston, Mick’s kind and generous brother, sits on the edge of his bed and describes in great detail his hospitalization and lobotomy.

Rob Howell’s junk-filled attic set with its over-large slanting ceiling is really too big for Pinter’s play; but then Howell has the problem of filling The Old Vic stage.

The three-hour production would be all the better with just one rather than two intervals.