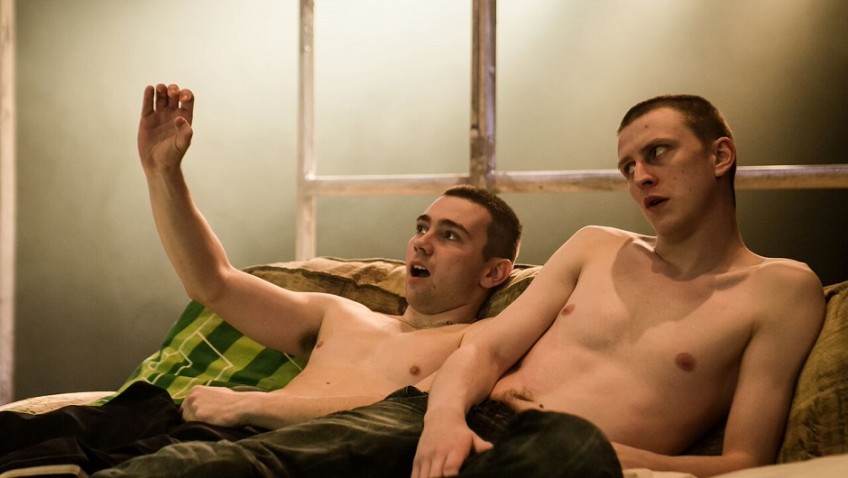 Anna Jordan award-winning play was first performed at Manchester’s Royal Exchange where it was highly praised. Yen, a story of brotherly love, tender and violent, is directed by Ned Bennett on a traverse stage.

Mum (Sian Breckin), an alcoholic and diabetic, pays an occasional visit. She can hardly look after herself, let alone her children, who have different fathers.

They have a dog, an Alsatian, in the next room, off-stage, so vicious the boys have called him Taliban.

A 16-year-old Welsh girl (Annes Elwy), a dog-lover, befriends them and momentarily transforms the dog’s and the boys’ lives with a bit of kindness.

Davies and Austin may not be 13 and 16 but they are still remarkably convincing as kids in their teens. Davies, as the one who is normally cheerful, is very moving when he is pleading with his brother to let him keep the Alsatian.