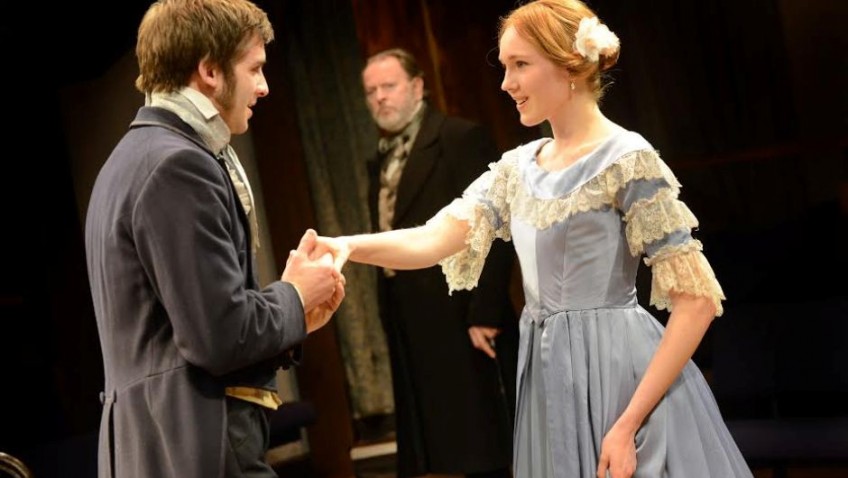 Theatregoers owe an enormous debt to Sam Walters, who is retiring as artistic director of the charming in-the-round Orange Tree Theatre in Richmond. He has been discovering overlooked plays and playwrights, such as Granville Barker, Arthur Murphy, Rodney Ackland, John Galsworthy, etc, etc, for well over 40 years.

Walters takes his leave with a sentimental comedy by Dion Boucicault (1820-1890), the most prolific and one of the most successful British playwrights of the 19th century, who wrote some 250 plays and adaptations.

Boucicault, who made and lost a fortune, was often bankrupt and bankruptcy faces many of his characters in The School for Scheming. With its homilies on money and love, the play, which premiered in 1847, is a good example of the sort of play which Victorian audiences would have enjoyed.

Everybody is scheming and plotting and nobody is to be trusted. Still, the good end up happily married and the bad end up unhappily married.  It is all very sentimental. Even the moneylender, who has the power to ruin everybody, turns out to be a good guy

There is a young man (Dominic Hecht) who wants to be a capitalist and he makes his money by selling shares in a non-existent company. Boucicault makes him his mouthpiece for an extended rant on an amoral society in which “Nothing” reigns supreme. “Nothing,” he declares, “is the philosopher’s stone of the age.”

A Duke’s daughter (Imogen Sage), who is in love with a poor man (Chris Bone), is willing to sacrifice herself and marry an aristocratic nincompoop (Oliver Gomm) to save her debt-ridden father from prison.

The nincompoop, unusually, knows he is ridiculous; but also knows his wealth means he can afford to be ridiculous. Gomm is not afraid to go right over the top and be really ridiculous.

The funniest scene is when the impoverished Duke (Paul Shelley) and an impoverished headmistress  (Sabina Franklyn) who runs a finishing school which teaches young ladies how to get rich husbands with titles, agree to marry, each thinking the other is very rich and will be able to pay off the thousands of pounds they owe.

Auriol Smith’s agreeably cast and richly costumed production goes on for very nearly three hours and would be better for some judicious cutting.