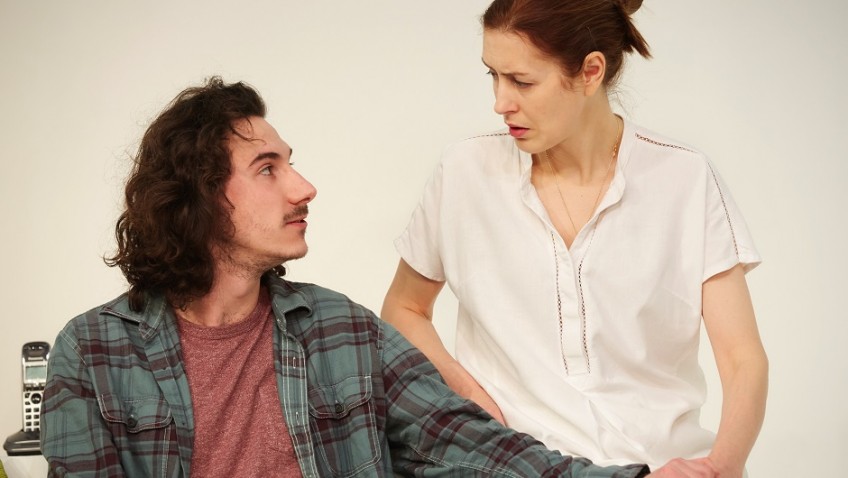 Mothers who can’t let go of their grown-up sons

At one o’clock I was at the Critics’ Circle Theatre Awards ceremony. Kenneth Cranham received a well-deserved award for Best Actor for his performance in Florian Zeller’s The Father, a play about an old man suffering from dementia as seen from the sufferer’s point of view.

At seven o’clock I was watching Gina McKee in Zeller’s companion piece, The Mother, an earlier and equally sad play about a middle-aged woman suffering from acute depression as seen through her disturbed and deteriorating mind.

Zeller is a French novelist and playwright in his mid-thirties who has won many awards in France and is regularly produced in Europe.

There is no certainty, only ambiguity when it comes to deciding what is actual and what is imagined in his play. The English translator once again is Christopher Hampton.

Most of the action is going on in the mother’s head. The action on stage takes place in a stark white box set.

The Mother uses the same technique as The Father in that it goes over the same ground in a variety of ways. I suspect the play in France is acted more for black farce.

The woman thinks her husband is having an affair and going to leave her. But is he?

The only thing that is certain is that she cannot let her son go. He is in his twenties, he’s left home and he’s in a relationship. He hasn’t been in touch for some time.

Laurence Boswell has a good cast. Gina McKee is the fragile, vulnerable, lethargic mother, a poignant figure. Richard Clothier is the husband and William Postlethwaite is the son. Frances McNamee plays many girls.

The Father is about to begin a second run in the West End at Theatre Royal, Haymarket, before it goes on tour.