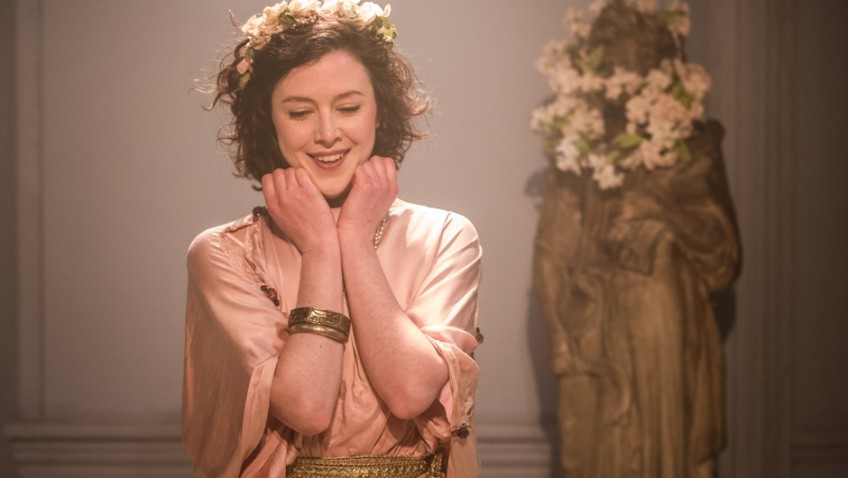 If you want to know why Arthur Sullivan, recently knighted, should want to end one of the most successful musical partnerships you have only to see Princess Ida to know why.

Sullivan’s score is pleasant; but Gilbert’s libretto is dire and the jokes are laborious.

The operetta is based on Alfred Lord Tennyson’s burlesque poem, The Princess, which was published in 1847. Gilbert had already written a whimsical allegory, an operatic per-version of the poem in 1870.

Princess Ida, written in blank verse and three acts, was a complete rewrite of the lyrics. Premiered in 1884, it was one of Gilbert and Sullivan’s least successful productions.

The satire on feminism, women’s education and Darwinism was long out of date. Girton College, the first all-women’s college, had been founded in 1869. Charles Darwin had published On the Origin of Species ten years before that in 1859.

Prince Ida (Bridget Costello) and Prince Hilarion (Zac Wancke) were married when they were babies. 20 years later Ida has retreated into a castle which has been turned into an all women’s university from which all men are barred. Hilarion and his best mates gain entrance by dressing up as women (and very unfunny it is, too).

Phil Willmott’s production is the opera’s first professional London revival since Ken Russell’s fiasco at ENO over 20 years ago. The singers, led by the highly experienced Simon Butteriss as Ida’s kinky guardian, are accompanied on two pianos.

Willmott has tinkered with the text in an attempt to give it a new lease of life. He has cut characters and added some same sex attraction. It might have been better if he had left it as it was.