Home / LIFESTYLE / REVIEWS > / THEATRE REVIEWS / “It’s a woman business to get married as soon as possible and a man’s to keep unmarried as long as possible.” 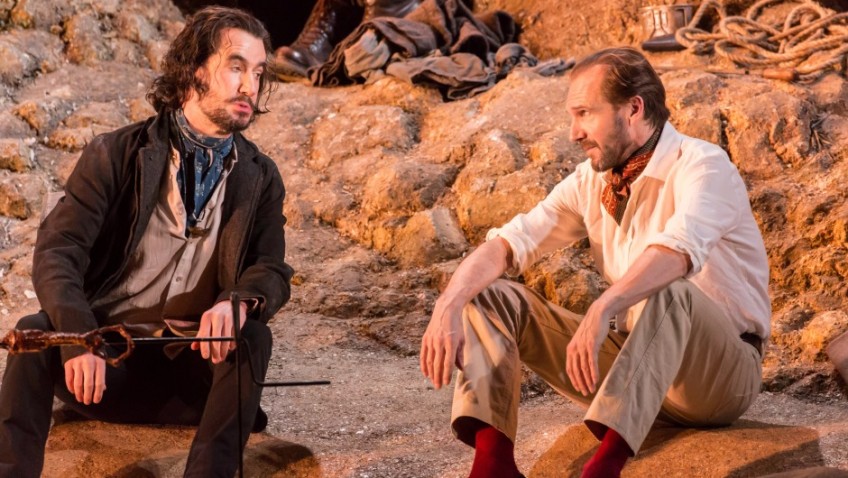 “It’s a woman business to get married as soon as possible and a man’s to keep unmarried as long as possible.”

In this particular battle of the sexes, the duel is unequal. Ann Whitefield, coquette, bully, liar, and hypocrite, is likened to a boa constrictor.

She is used to getting her own way and John Tanner, her marked down victim, is doomed. There is nothing he can do about it, except talk.

Tanner has the most advanced opinions on Women and Marriage. He can shatter creeds, idols and hypocrisy. It makes no difference. He says he has no intention of being “beaten, smashed ” into marriage. But he is caught and he knows he is caught. Bernard Shaw’s play, described as a comedy and a philosophy, lasts about three hours and thirty minutes and requires enormous stamina from Ralph Fiennes, who has to do most of the talking.

It also requires stamina from the audience, who has to do all the listening.

Shaw always talks far too much; and here, even more so, now that the dream sequence, Don Juan in Hell, is included. It is, usually and wisely, cut when staged in the commercial theatre.

Shaw knows he talks too much and he cut the play when it was first produced at the Royal Court. He gets a big laugh every time he alludes to “the interminable talk.” The National The atre audience is on his side, however, revelling in his wit, his intelligence and his exuberance.

Shaw’s brilliant comedy of manners, sexually and intellectually, is very much in the manner of its time (1903); and my regret with Simon Godwin’s enjoyable production is that it is not set in its correct period and has been modernised.

There is a very funny moment when Tanner rashly challenges Ann Whitefield (Indira Varma) to elope with him; and to his horror, she accepts. His final resignation to marriage (“I solemnly say that I am not a happy man”) is perfect.

Tim McMullan in two roles, as a lovelorn Spanish brigand and as a languid conceited Devil, has a lot of fun.

There is good support from Nicholas Le Prevost as a guardian, who thinks he is an advanced thinker when he is nothing of the sort; and also from Faye Castelow as an attractive young lady who, unlike her romantic husband, is not so foolish as to reject money.