Home / LIFESTYLE / REVIEWS > / THEATRE REVIEWS / And how will you be spending Christmas? 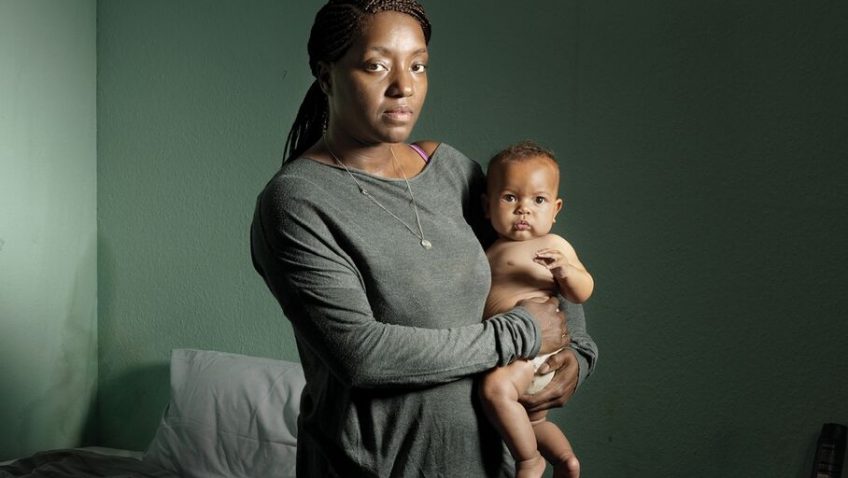 And how will you be spending Christmas?

Government cuts in welfare benefits have resulted in more evictions and more people being homeless. The poorer are getting poorer.

Alexander Zeldin observes two families living in temporary accommodation. It’s all pretty depressing. The communal area is soulless, a mixture of corridor and kitchen. There is only one lavatory.  The sooner they get out the better.

A heavily pregnant woman (Janet Etuk) and her partner (Luke Clarke) and their two children hope to be out in six weeks at the latest. They should be so lucky. The local council isn’t very helpful and has taken his benefits away.

An elderly woman (Anna Calder-Marshall), senile and incontinent, lives with her jobless son (Nick Holder) who is also her carer. They have been here a year.

A Sudanese woman and a male Syrian, who live on a different part of the building, make brief appearances.

The actors eat, wash their hair in the kitchen sink with Fairy liquid and sometimes they pee all over the floor and the pee has to be wiped up.

The audience groans loudly at some of the dirty domestic detail they have to watch.

The lights stay up in the auditorium throughout. There is no marked division between stage and auditorium. At one point, and it is more moving for that, Calder-Marshall struggles through the audience to make her exit and members of the audience instinctively help her.

Holder, a big man, bursts into tears. The actors are very real.

Following its run at the National Theatre, Love will be at Birmingham Repertory Theatre in late January and early February.