Home / LIFESTYLE / REVIEWS > / THEATRE REVIEWS / Wow factor guns may not be blazing on all fronts, but this is an enjoyable production 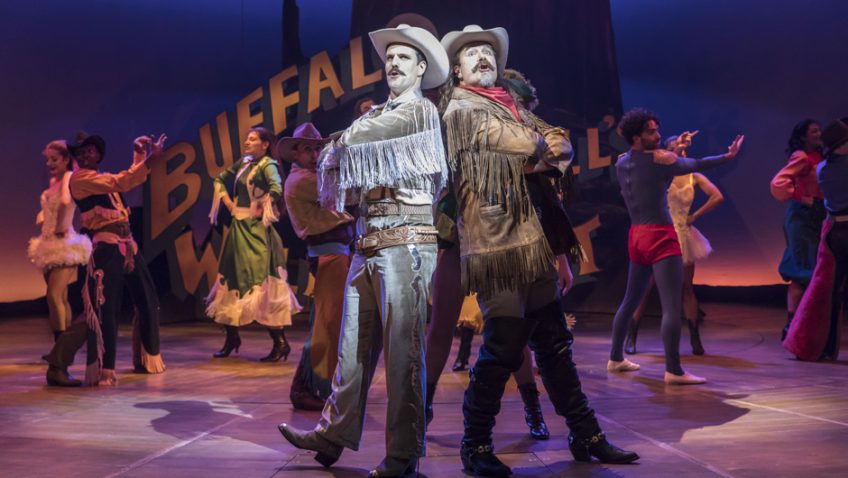 Wow factor guns may not be blazing on all fronts, but this is an enjoyable production

It was way back in 1946 that sure-shot sharpshooter, Annie Oakley, first got out her musical gun to proclaim, most vociferously, that there’s no business like show business. She’s still doing it to this day thanks to a string of melodious, fun-filled evergreens from Irving Berlin, whose lyrics entrance and thrill, raise a laugh – or even make you wince: “My score with a feller is lower than a cellar”, sings Annie in You Can’t Get a Man With a Gun! Hmmm. 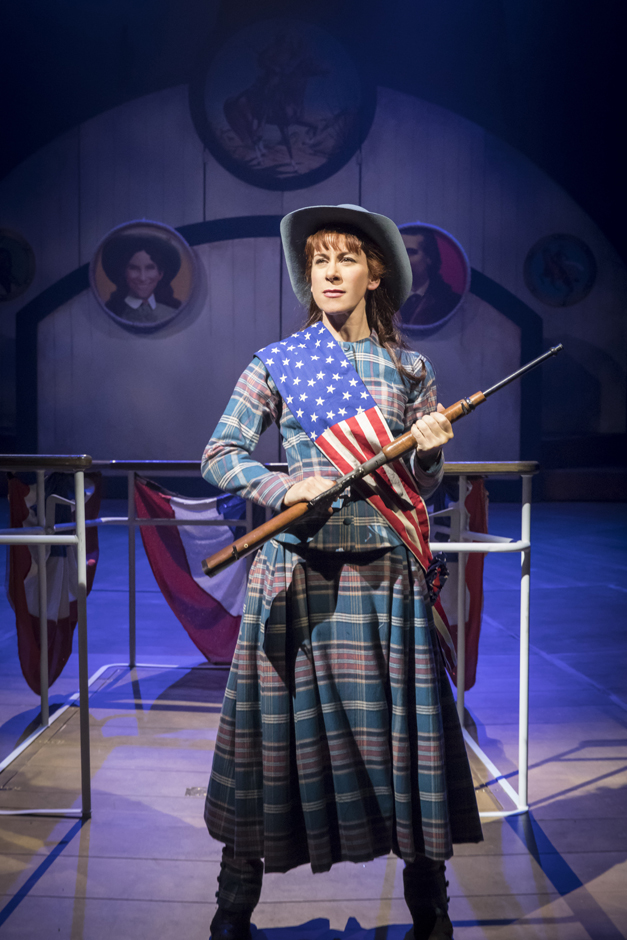 Anna Jane Casey in Annie Get Your Gun

The original script by Dorothy Fields and brother Herbert was based on the real life story of Annie Oakley, not just famed throughout the rough, tough, male dominated Victorian Wild West, but also a huge, medal-winning star on tours around the world. She married fellow marksman, Frank Butler, in 1876. Extra rivalries, bust ups and dramatic twists and turns were embroidered into the tale by the Fields, and the script was reworked in the late nineties by award-winning librettist Peter Stone. Sensitive issues like the treatment and role of women and ‘redskin injuns’ now have a slant a little more acceptable in a modern world that aspires to political correctness.

In fringed outfit, be-dangled by myriad furry critters she’s shot, petite Anna-Jane Casey is a formidable Annie Oakley (- not to be confused with Doris Day’s Calamity Jane, by the way). But the bouncy, confident, competent, tough, sharp-shooting protector of her young siblings has her softer side smitten on the instant by moustachioed, macho Frank Butler (even though he looks like Basil Fawlty.) Her fine singing voice is matched by Frank’s (Ben Lewis) and big Buffalo Bill Cody’s (Nicholas Colicos), while splendid, heart-warming harmony comes from the cowboy trio around the campfire in Moonshine Lullaby, when the Crucible’s wonderful revolving stage comes into its own to chug railway carriage occupants to new show-tour locations.

Under Paul Herbert’s direction, a dozen unseen musicians play fine accompaniment to the score: Anything You Can Do, They Say It’s Wonderful, I Got the Sun in the Morning, The Girl That I Marry, Doin’ What Comes Natur’lly and, of course, many a reprise of There’s No Business like…you know. Multi-tasking, costume-changing 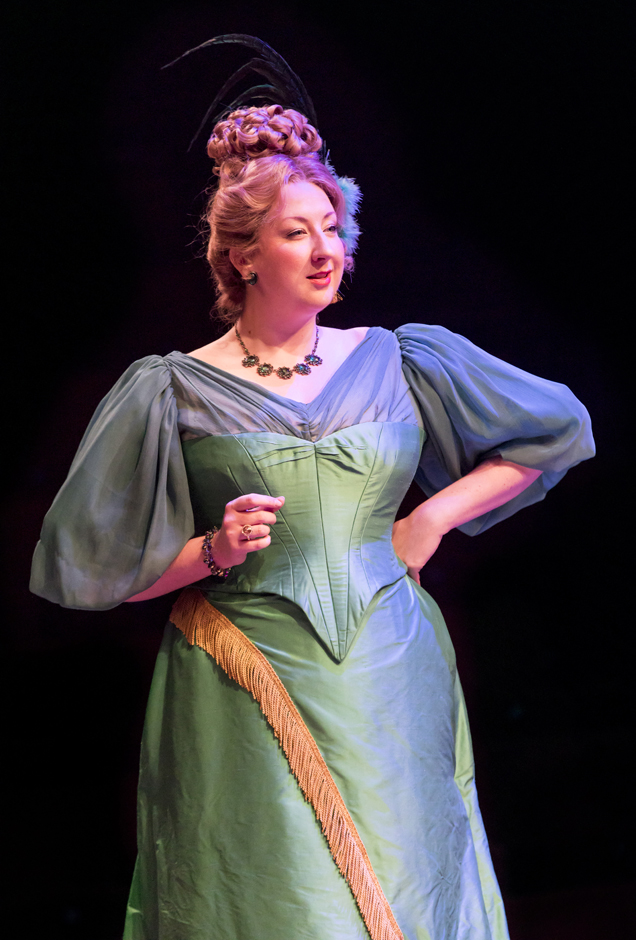 Maggie Service in Annie Get Your Gun

ensemble members provide swirls of singing, dancing and acrobatics at cowboy shows and in chic ballroom alike, and all turn out, too, as choreographed waiters and waitresses in a smarter, snappier, shorter second act, where the dusty simplicity of the Wild West gives way to an elegance of glitter-ball, shiny stairs and Manhattan lights.

As Frank and Annie’s romantic ups and downs play out, so does a second, tender, more controversial romance between half-injun Tommy (Cleve September) and Winnie Tate (Lauren Hall), while Maggie Service has the meatier, more humorous role as sister Dolly Tate. The voice of wisdom, though it’s spoken to palefaces in heap-big, traditionally cliched way, comes from Chief Sitting Bull (Karl Seth), Papa Bull to Annie, the man who has a reservation both on the train and off it.

Wow factor guns may not be blazing on all fronts, but this is an enjoyable production. It does, of course, all end happily ever after ( apart from the palefaces purloining all the Injuns’ oil!)

The show plays at the Crucible until Jan 21st