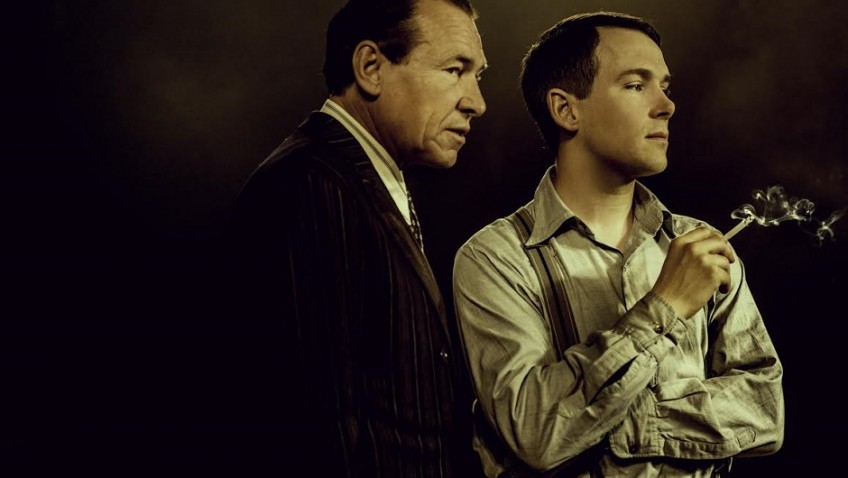 Kenny Morgan was Terence Rattigan’s ex-lover and he committed suicide on 28th February, 1949. He gassed himself.

Rattigan liked good-looking, intelligent boyish young men and bombarded them with presents. He had pursued Morgan before the war and they were reunited when the war ended. His suicide had a traumatic effect on Rattigan. But it also inspired his best play, The Deep Blue Sea

Rattigan, was very much part of the post-war gay theatre scene, headed by Noel Coward, Ivor Novello and “Binkie” Beaumont. But he was never openly gay. He lived in an era when homosexuality was a crime, even among consenting adults, and if gays were caught in the act, they went to prison

The leading character in The Deep Blue Sea is female, Hester Collyer, who has left her husband and is in a relationship with Freddy Page, a former RAF pilot, an alcoholic. The play opens with her having tried to gas herself.

No West End management would have put on The Deep Blue Seawith a man in the leading role. But much later, after the Wolfenden Report of 1951 had recommended the decriminalisation of homosexuality, Rattigan did consider recasting Hester as Hector.

Mike Poulton has written a clever pastiche of a late 1940s early 1950s West End drama. His fictional play is interesting precisely because it is based on Rattigan and Morgan.

Using The Deep Blue Sea as his template, Poulton opens with Morgan failing to commit suicide. He then goes on to explore Morgan’s relationship with his impoverished, selfish, drunken present bisexual lover, Alec Lennox (who wants to get rid of him) and his relationship with the fabulously rich and over-possessive Rattigan (who wants to get him back and living in the Albany in a flat two floors above him).

In biographies of Rattigan, the faithless Morgan doesn’t make a good impression. In Poulton’s play he comes out of the story much better than his lovers. Alec Lennox’s brutal final farewell pays homage to Freddy Page.

Lucy Bailey’s production has got a very good cast. Paul Keating is Morgan. Simon Dutton is Rattigan. Pierro Niel-Mee is Alec. George Irving is the doctor struck off the register. Matthew Bulgo is the good neighbour. Marlene Sidaway is the landlady.