Home / LIFESTYLE / REVIEWS > / THEATRE REVIEWS / What do whistleblowers do after they have blown their whistle? 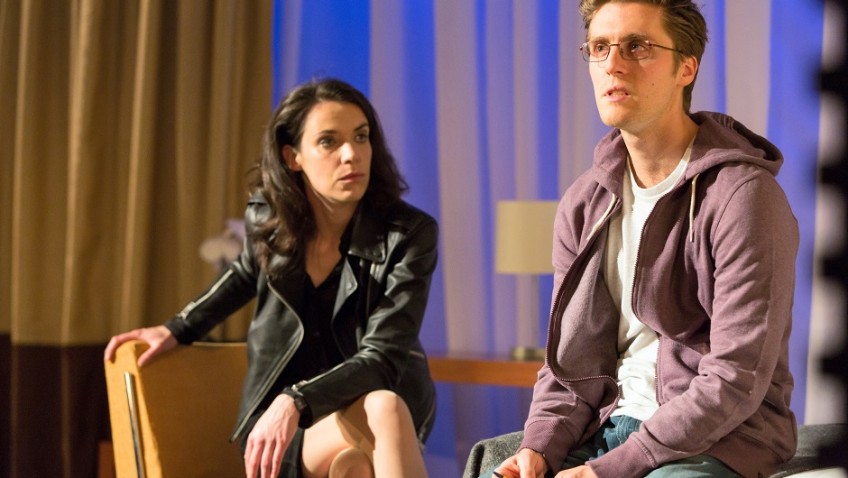 What do whistleblowers do after they have blown their whistle?

Mike Bartlett’s last play was King Charles III. His new fictional play is inspired by CIA whistleblower Edward Snowden who copied an enormous amount of classified US documents and leaked them to the press.

So expectations are high but they are not realised. Bartlett’s Wild, directed by James Macdonald, is all talk, talk, talk and it becomes exhausting and irritating in the overlong opening scene.

Governments cannot proclaim to be working for the people if they withhold huge amounts of information from the people.

Andrew (Jack Farthing) has shown the world that America spies on her people in exactly the same way that Russia spies on her people. Americans did not know about mass surveillance until he made it public. Is he a traitor or a hero for having done so?

Andrew is in a hotel bedroom in Russia, on the run and liable to be murdered by the CIA and the KGB. He needs protection but whom can he trust?

He is interrogated by two people, first by a woman (Caoilfhionn Dunne) and then by a man (John Mackay), who know more about him and his life than he does himself. They say they are there to help him, which seems highly unlikely.

Andrew, who acted from love of his country, refuses to commit himself and become their spokesperson.  Isolated, he becomes more and more disorientated until he is completely up the wall.

The final coup de theatre, which advertises Hampstead Theatre’s technical facilities in a spectacular fashion, is a cop-out.