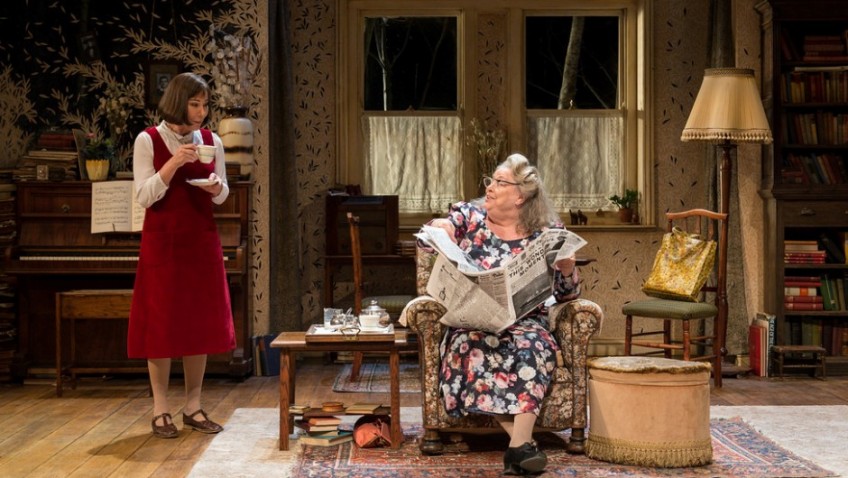 Not Waving but Drowning

Stevie is the quirky, eccentric English poet, Stevie Smith (1902-1971). Her heyday was the 1960’s and her most famous poem remains Not Waving but Drowning. She was awarded the Queen’s Gold Medal for Poetry.

Melancholy was the dominant feature of her work. She wrote about loss, loneliness and death in an enigmatic and seemingly childlike way.  Her readings of her own poetry were hugely popular. She was often very funny and her caustic wit was much enjoyed.

If you are looking for a play you may be disappointed. Hugh Whitemore offers a portrait of the poet rather than a play.

Stevie chose friendship rather than marriage. She worked in a publisher’s office and lived in Palmer’s Green with her aged aunt. She preferred mundane suburbia to London’s smart literary set.

The script is a disguised monologue which mixes dialogue and poetry seamlessly; perhaps, at times, too seamlessly. There is plenty of humour.

“The Englishwoman is so refined. She has no bosom and no behind.” You would expect the quip to be in The Oxford Dictionary of Quotations; but, surprisingly, it isn’t. Shame!

I don’t think the production works, despite a fine, convincing, lived-in performance by Zoe Wanamaker; but hopefully the revival will do what Whitemore’s play did when it was first performed in 1977 and that is alert again many people to Stevie Smith’s poetry.