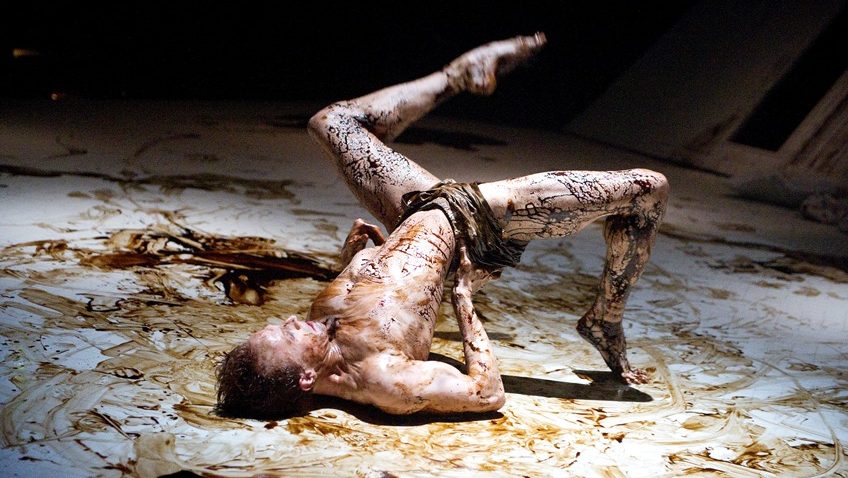 THE SCHOOL FOR WIVES (Vimeo for free). Molière’s bitter misanthropic comedy was performed at Odeon Theatre de L’Europe, Paris in 2018. This modern dress production, directed by Stephane Braunschweig, is in French with English subtitles.

At the play’s premiere in 1662 Molière played the leading role. Arnolphe (Claude Duparfait), has waited 42 years to wed. His bride-to-be is his ward, Agnes (Suzanne Aubert), whom he has brought up since she was four years old to be uneducated and totally submissive to his will.

The scene when he informs Agnes what her duties will be as his wife is as unpleasant as Kate’s wedding speech in Shakespeare’s The Taming of the Shrew. The #MeToo Movement will be up in arms.

METAMORPHOSIS (Royal Opera House on line for free). Salesman Gregor Samsa awakes one morning to find himself transformed into a gigantic insect. Franz Kafka’s novella, first published in 1915, is a traumatic, compulsive psychological drama. The parable has had many interpretations. One of the more recent is a dance theatre piece by choreographer/director Arthur Pita in 2013.

Edward Watson has an amazingly flexible physique and he gets his body into the most extraordinary mangled, knotted contortions. Legs and arms are interchangeable, fingers and toes are splayed. He rocks helplessly on his back. The clean white body and pants and the clean white floor get dirtier and dirtier. The most disgusting scene comes when his bedroom is invaded by oozy-black dung-beetles who rape him and cover him with their thick black slime.

The 80-minute piece could do with some editing, especially when the focus is not on Watson. The intrusion by three comic bearded and bespectacled Jewish lodgers is a mistake

CLOWNS (Vimeo for free) is a 30-minute ballet created by Hosef Shechter in 2016 and filmed in 2018 at the Rivoli Ballroom in South London.

The dancers begin in a gentle courtly 18TH century manner but quickly transform into their tribal ancestors, becoming more and more frenetic and more and more aggressive, arms and legs flaying. They seem to be re-enacting some ancient savage ritual in which they constantly mime cutting each other’s throats and shooting each other in the head. All this is performed to an insistent, relentless and riveting drum beat.

In the 18th century people would go to Bedlam Hospital and pay a fee to watch the behaviour of the insane in their cells. Shechter’s clowns behave as if they are inmates of Bedlam.