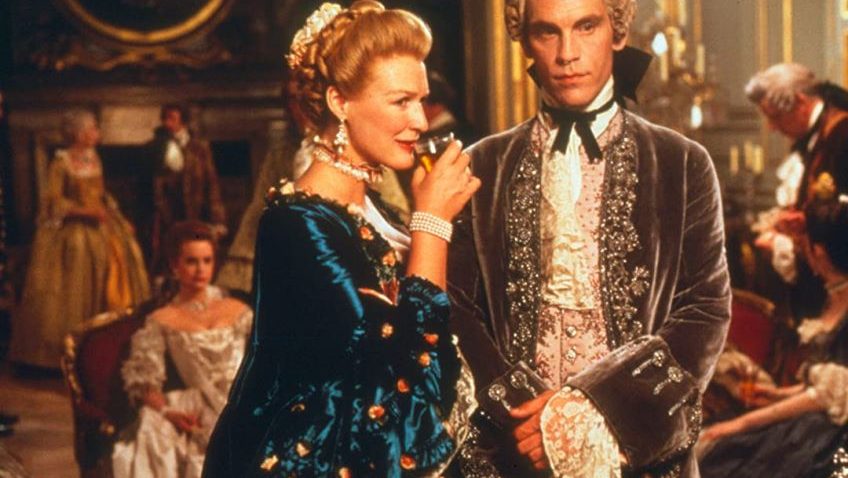 LES LIAISONS DANGEREUSES (BBC iPlayer). Christopher Hampton’s play was filmed in 1998 with an excellent cast. Laclos’s novel, published in Paris in 1782, caused a great scandal and sold out within a few days. Its heartless immorality both shocked and thrilled. Le Vicomte de Valmont (John Malkovich) and La Marquise de Merteuil (Glenn Close) are two professional profligates and former lovers. These glamorous aristocratic monsters, intelligent, urbane and vicious, both have first class degrees in the art of sexual manipulation and hypocrisy. The defeat of virtue is one of their favourite games

THE BLITZ (Reel 2 Reel Films). 1940/1941 were desperate times for a woefully unprepared nation. 57 nights and days of bombardment: Londoners slept in the underground. There was enormous damage and huge numbers of homeless. 40,000 civilians were killed. The Germans wanted to destroy the air force and invade England. They very nearly succeeded. The documentary is a well-meaning commemoration and would have benefited from more iconic newsreel footage and interviews from the past

TULIP FEVER (BBC iPlayer). Amsterdam 1637. A young artist (Dane De Haan) paints a portrait of a rich man (Christopher Waltz) and his wife (Alicia Vikander) and has an affair with the wife. The unmarried servant of the household (Holliday Grainger), pregnant by a fishmonger (Jack O’Connell), who has absconded, is in danger of being sacked and blackmails the wife, who pretends that it is she who is pregnant. The film, with a screenplay by Tom Stoppard and directed by Justin Chadwick, has potential but remains confusing. Judi Dench is a cast as a worldly nun.