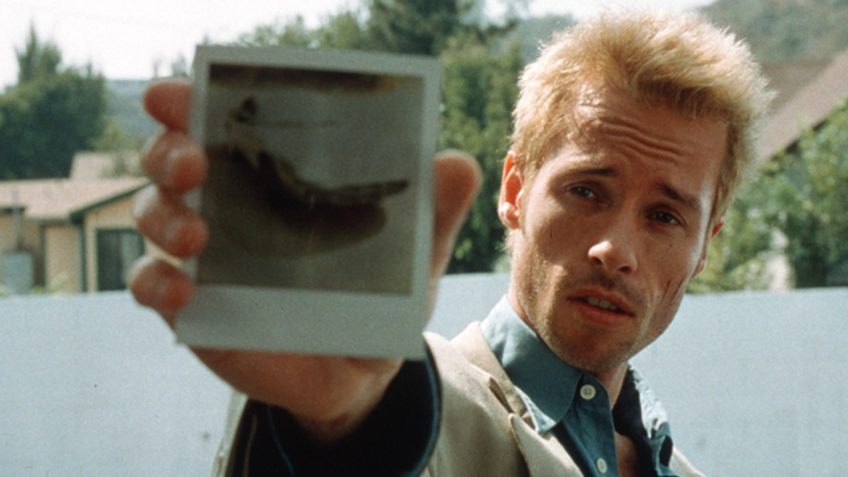 CHARLATAN (AXI Films). Agnieszka Holland directs this interesting bio-pic. Jan Mikolasek, Czech herbalist and faith healer, saved many lives. He had no medical qualifications. But give him a bottle of urine and just by holding it up the light he could diagnose the illness. He also provided herbs. His clientele from the 1930s to the 1950s included rich and poor, communists and Nazis. He was arrested in 1957. Was he Charlatan? The film’s title suggests he was. The performances by Ivan Trojan (and his son Josef who plays his younger self) suggest that he was not. His secret love affair with his male assistant is pure conjecture.

MEMENTO (BBC iPlayer), written and directed by Christopher Nolan and excellently acted by Guy Pearce, is a mesmerizingly difficult psychological thriller to follow. The hero, suffers from anterograde amnesia and can never know anything for sure. So, he keeps polaroid photos of his encounters. His body, which is covered in tattooed messages, is another aide-memoire. You will want to watch this film (released in 2000) more than once. But will you be any the wiser?

SORPASSO (YouTube). This classic Italian Road Movie, directed by Dino Rossi in 1962, was underrated by the critics but not by the public. A naïve law student is taken for a ride by an older man. Jean-Louis Trintignant, looking very young, ten years younger than he is, is the introvert who is led astray by the extrovert Vittorio Gassman’s brash, exhibitionistic con-man. Gassman projects the nice bloke, everybody who doesn’t know him, thinks he is. But he is not nice at all. His behaviour is awful. Trintignant is timidity personified. The body language of both actors is perfect

THE IMPORTANCE OF BEING EARNEST (BBC iPlayer). Oscar Wilde’s play is the wittiest comedy in the English language. There are two films. This enjoyable 2002 Oliver Parker adaptation, much maligned and unnecessarily so, makes considerable efforts to be cinematic and constantly changes the locations. Rupert Everett and Colin Firth are well cast. Judi Dench is Lady Bracknell. The classic 1952 Anthony Asquith stagebound version, however, is more accurate and the cast is absolutely fantastic: Michael Redgrave, Michael Denison, Joan Greenwood, Dorothy Tutin, Margaret Rutherford, Miles Maleson and Edith Evans, the definitive Lady Bracknell.