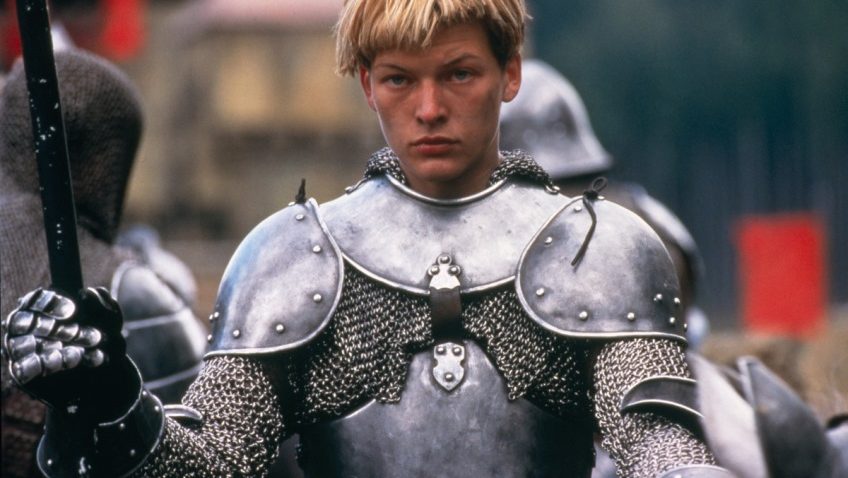 WATCH FILMS AT HOME: Joan of Arc -The Messenger and The Fifth Element – reviewed by Robert Tanitch

JOAN OF ARC – THE MESSENGER (StudioCanal). Luc Besson’s 1999 film opens with a little girl running through the fields as if she thought she was in The Sound of Music. She grows up to be the virgin from Lorraine who wants to save France and ends up burned at the stake for heresy on 30 May 1431. She was 19 years old. The Roman Catholic Church overturned the verdict in 1456 but didn’t make her a saint until 16 May 1920. The trouble with the casting of Mila Jovich (Besson’s then wife) is that she doesn’t look like an ignorant teenage peasant at all. She is the most sophisticated person in the room and the least Medieval looking of all the actors. Her diction is poor. I could have done with less interminable talk with her Conscience (Dustin Hoffman) and more of the actual trial with Cauchon (Timothy West). Besson gives the siege of Orleans the full gruesome carnage spectacle. John Malkovich is good casting for the Dauphin. The film to see remains Carl Dreyer’s silent 1928 version, The Passion of Joan of Arc, which is based on the trial and famed for its close-up of faces. Renee Falconetti is Joan.

THE FIFTH ELEMENT (StudioCanal). Science-Fiction comic-book extravaganza. Future aliens in the 23rd century will boggle at the money Luc Besson spent on the special effects. A cabbie (Bruce Willis) is driving through the city at a very high storey level when a beautiful alien girl (Mila Jovich) drops in through the roof of the cab. They join forces against evil and save the world from a huge ball of molten lava and flame heading towards them. A box-office failure on release in 1997, it has become a cult classic. Willis has bags of charm and is quietly humorous. Gary Oldman is the villain and as camp as camp. Chris Tucker in full frenetic drag, eyeballs flashing, queens it up outrageously.