Home / LIFESTYLE / REVIEWS > / THEATRE REVIEWS / Why do you want to know me? 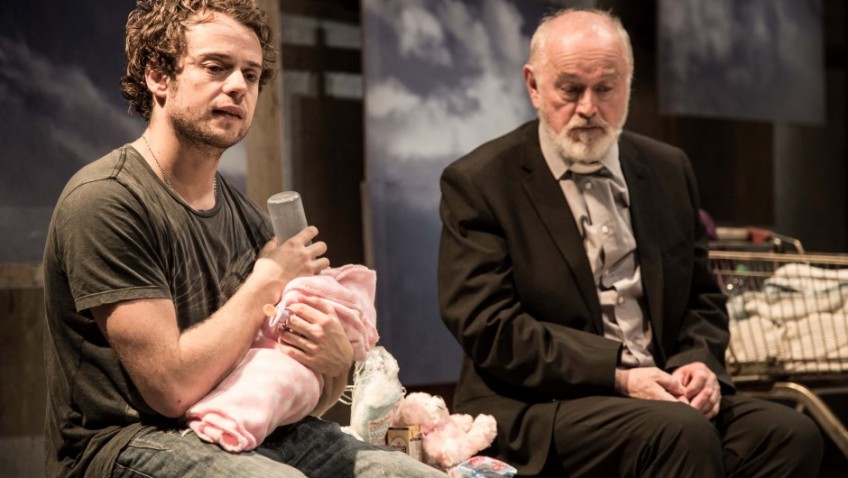 Why do you want to know me?

62-year-old Otto and 26-year-old Jonah meet on a summer’s night and have a day-long chat. Robert Holman’s play, a strange two-hander, premiered at the Royal Exchange in Manchester in 2008.  Tim Stark’s production is its first London outing.

Otto is a lonely, friendless clergyman who no longer believes in God because he believes God doesn’t love him. Otto studied philosophy and theology at Cambridge and swears a lot.  He wants to be loved but is terrified of love.

Jonah is a thief, a liar, a magician, an eater of apples, and the father of a six-week old daughter who is asleep in a supermarket trolley. His father committed suicide at 46 when he was six. The first act ends with him taking off the sleeping Otto’s shoes, trousers and shirt and getting into them. Why does he do this and why doesn’t Otto wake up?

The second act opens with Jonah having an epileptic fit and wanting to know why Otto wants to know him. Otto wants to get to know people because he is frightened of being lonely and then he wants to get rid of them because they know him too well. Is Jonah the son Otto never had? Is Otto the father Jonah wished he had had?

Peter Egan is Otto. Alex Waldmann is Jonah. There’s nothing wrong with the acting. It’s the play that doesn’t work.