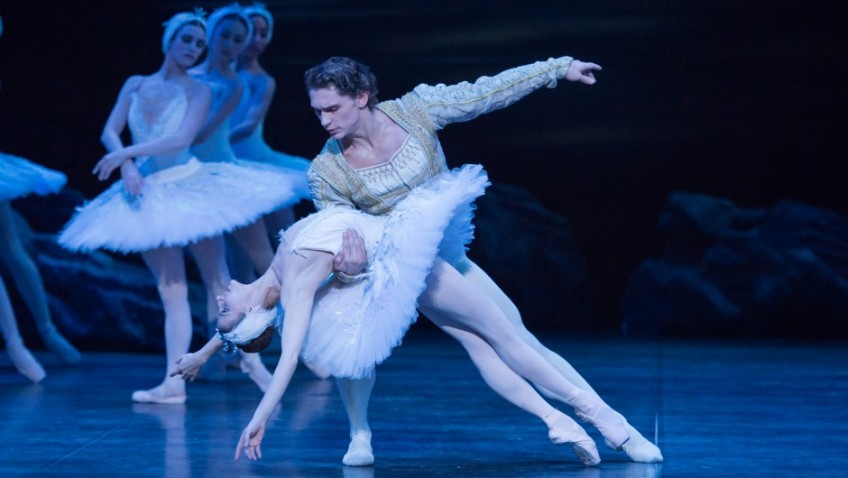 What do W S Gilbert, Rasputin, Odette and Siegfried have in common? And it’s Tchaikovsky’s unforgettable music, lyrical and dramatic, and the sheer beauty of the corps of white swans, and the quartet of cygnets in amazing synch, which has made it so popular.

Derek Deane’s production for English National Ballet is enjoyable, if not particularly moving or dramatic, at least not until the final confrontation between Prince Siegfried and Von Rothbart over Odette in Act 4, where there is some exciting drama.

James Streeter, as Rothbart, the evil and bird-like sorcerer, with a harem of swan maidens, moves about the stage at a terrific speed. He looks magnificent; and his huge swirling cloak, with its enormous wings, makes him an evil force to be reckoned with.

The lead roles, at the performance I attended, were danced by Alina Cojocaru and Ivan Vasiliev.

The iconic dual role of white and black swan dominates the ballet and it is Cojocaru’s exquisite technique and her fouettes, rather than her characterisations, you will want to see. The Prince has to do a lot of hanging around before he gets his chances to show off his dance mettle.

Vasiliev, who is making his debut as Siegfried, doesn’t look as if he is of the blood royal.

My guess is that the Queen, his mother, probably had an affair.

Audiences, however, will be coming for the pyrotechnics, his jumps and his pirouettes, rather than for any princely emoting; and these Vasiliev provides in Act 3.

If you haven’t got the answer to the question in the title it’s that they all drowned! Ed.