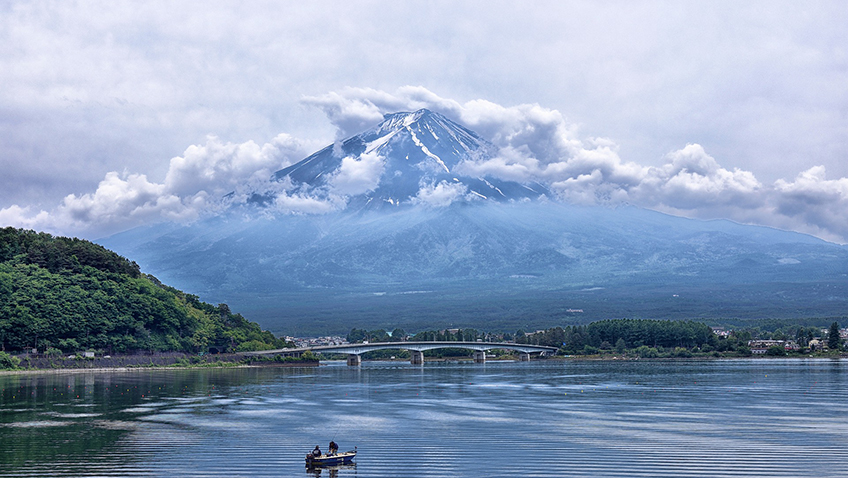 Japan often features on travel lists as one of the most exciting places in the world. And with good reason too. It blends history and modernity in a space slightly smaller than California. Expect breath-taking mountain ranges, lush forests, sacred temples and cutting-edge technology.

Whether you want to relax or stay on the go, Japan really does have something for everyone. In truth, it’s best to stay as long as possible to experience the culture and everything it has to offer. However, if you’re feeling pushed for time, we’ve created an ultimate travel guide with five of Japan’s best locations.

Osaka is often overlooked by first-time visitors, but anyone looking for fun and food should make sure it is on their list. Despite being known for its nightlife, there are no casinos in Japan yet. Gambling is illegal in the country other than a few exceptions like betting on horses. However, Japan’s online casinos and ongoing debate among the Japanese government suggest it may only be a matter of time before the country meets consumer demand.

The capital city of Tokyo is probably the most well-known part of Japan. It was voted the ‘most satisfying city in the world’ by TripAdvisor in 2013 and its popularity has only increased since then. This vibrant city has plenty to do and see, from the Ghibli Museum, shopping in Harajuku to sampling the local delicacies at Tsukiji Market. If you’re after something awe-inspiring, take in the sights of Mount Fuji. It’s the highest volcano in Japan at a staggering 12,389 feet. Tokyo will also host the Olympic Games in 2020, which will be sure to show off the city in all its glory.

Yakushima, one of the Ōsumi Islands, is the perfect destination for nature lovers. This serene sub-tropical paradise is powered by more than 50% hydroelectricity and was made a UNESCO World Heritage Site in 1993. You can enjoy a stroll through cedar trees that are more than 1000 years old, or hike one of its many trails. In June and July animal lovers can take part in special guided tours to see sea turtles laying their eggs on the beaches. Be prepared for all eventualities though as the island is known for rain on an almost daily basis.

Kyoto is a must-see location for history fans, as the city is full of ancient temples, pagodas and sacred shrines. It is home to more than 1,600 of these shrines and gardens, and each holds a specific purpose from finding love to bringing luck into your life. See Kinkaku-ji is a glittering Golden Pavilion which is another UNESCO World Heritage Site and a National Special Historic Site. Head to the otherworldly Arashiyama Bamboo Grove and marvel at the lush bamboo growing far above your head.

Nara may not be as well-known as other locations in this guide, but it deserves to be. Located 25 miles from Kyoto, it is home to the impressive 8th century Todaiji Temple which is the largest wooden building in the world. Inside the temple sits Japan’s largest Buddha, the Daibutsu. Take a trip through Nara Park to watch the hundreds of free-roaming deer and visit the Nara National Museum that can be found within the park.

Where will you visit first?

Any trip to Japan is sure to be unforgettable. As we’ve explored, there are plenty of great places to visit. Choose your favourites or visit them all. The only question is which you will visit first…