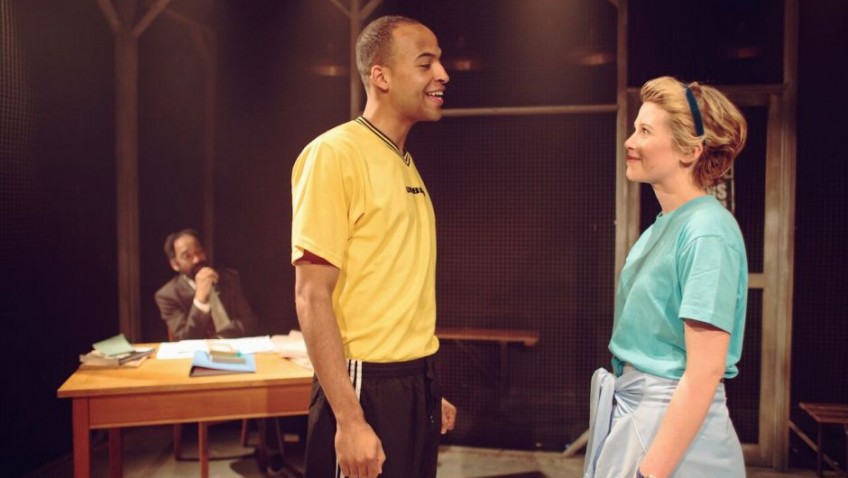 Should violence be met with violence?

Athol Fugard’s play, which premiered in Johannesburg in 1989, is set five years earlier, in the era of Apartheid, and is a passionate debate on whether the violence meted out to blacks in South Africa should be met with violence.

Fugard, South Africa’s leading white playwright, said he wrote My Children! My Africa! “in the darkest decade of my country’s history` and that it was inspired by the murder of a black teacher by his students, who believed he was a police informer.

The play is revived by Robert Mortimer and Deborah Edgington and their production sets the classroom of a black high school within an iron cage surrounded by barbed wire.

The leading character, and with whom Fugard identifies, is a liberal black teacher, a patently good man, who argues that words are far more effective than stones and petrol bombs.

He has managed to liberate the minds of his pupils in spite of the Bantu education he is forced to teach and which is designed to keep the blacks ignorant.

He has a protégé, a brilliant young man, whom he hopes will be a force for good and who, with the education he has had from him, will be someone in the future who can make South Africa a better place; but his star people turns violent political activist.

Fugard’s didactics is in good hands. Nathan Ives-Moiba, a young actor, and on the evidence of his performance here, one of considerable promise, is the gifted pupil who is incredibly well read in English Literature.

All three actors are excellent. Anthony Ofoegbu is the teacher who also argues that Hope is far more dangerous than Hate and Despair. Rose Reynolds is the bright young white girl who wants to live in a different and more just society.