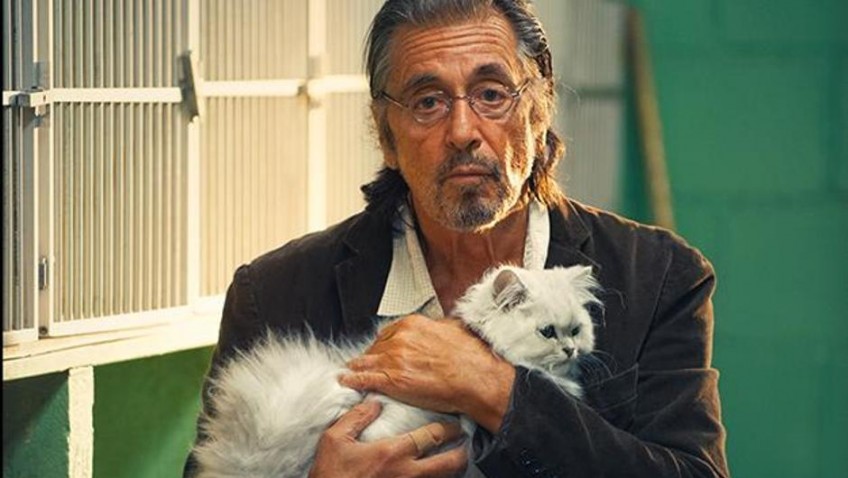 Al Pacino keeps trying, but not even Holly Hunter can redeem this disappointing film

Al Pacino is one of the great actors of the second half of the 20th century, but for the most part, and beginning with 2002’s Insomnia, the 21st century has let him down. As we have seen over and over in the past decade, great actors in their 50s, 60s and 70s – even those who can afford to retire – do not want to as acting is in their blood and is how they express themselves.

After the horrible Righteous Kill (with Robert De Niro), and terrible Jack and Jill (with Adam Sandler), Pacino made the entertaining, though flawed, Danny Collins. Despite a low budget and great cast, it failed to make money. Those critical of the film felt it was too clichéd and that Pacino was playing a variation of himself. Working on an even more reduced budget in David Gordon Green’s Manglehorn

, Pacino has to work hard to convince us he’s the depressed, small-town, eponymous key-maker who locked in an emotional time-warp.

The Texan writer/producer/director David Gordon Green is a varied but uneven filmmaker. He wowed us with his contemplative first features George Washington and All the Real Girls (which he also wrote); made us laugh with Pineapple Express, mesmerized us with the atmospheric Joe, made us cry with Prince Avalanche (which he also wrote); but left us cringing with Your Highness and the Sitter. Green seems to be returning to his roots with the understated, low-budget Mangehorn but he should have written it . First time feature writer Paul Logan’s script devotes so much effort to making the reclusive Manglehorn unlikeable, insensitive and physically unattractive, that his redemption feels not only rushed, but unconvincing.

With his greasy, greying long hair, unshaven, haggard face and dirty old clothes, Manglehorn is no looker. Nor does a bubbly personality make up for his off-putting appearance. He cares more about his cat than about people, except for the love of his life, a woman-on-a-pedestal named Clara. When he isn’t making keys and repairing locks, he writes nostalgic love letters to Clara, none of which are answered.

There are however, three people in Manglehorn’s life. His investment banker son Jacob (Chris Messina) with whom he maintains a civilised, if distant, relationship; bank teller Dawn (Holly Hunter, excellent) and Gary (Harmony Korine), a hero-worshipping protégé from the days when Manglehorn coached a football team. Gary, an entrepreneur longing for recognition, now runs a sleazy massage parlour and his misguided attempt to treat Manglehorn to a complimentary massage backfires. 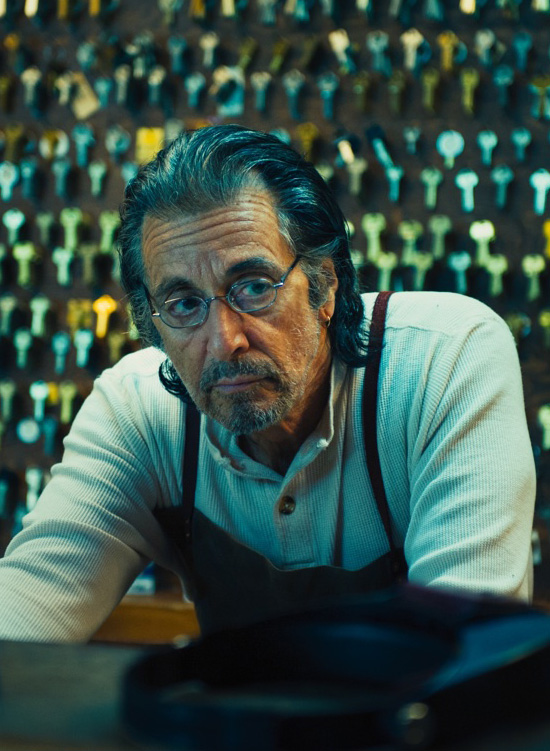 Everything Dawn does to break through to Manglehorn seems to backfire, too. Unresponsive when she flirts with him when he deposits his takings at the bank, Dawn is finally rewarded when she jumps at a subdued invitation to dinner. While Dawn gets dressed up and is out to have a good time, Manglehorn takes her to a cheap cafeteria where he complains about the price and then turns to his favourite subject, Clara.

It’s pretty obvious to a therapist that he is protecting his wounded heart by pushing Dawn away before he can be hurt again, but the filmmakers have gone overboard. Watching Dawn’s understandable reaction to Manglehorn’s soliloquy about a whirlwind, idealised, youthful romance full of travel and love making, we begin to despise the eponymous protagonist rather than feel for him. We also struggle to imagine Manglehorn in his Clara days or how anyone could have changed so dramatically.

Just where the Clara episode fits in with his marriage and his apparently happy relationship bringing up Jacob is unclear, and that is one of the big faults of first-time scriptwriter Paul Logan’s lacklustre script.   And when Jacob appeals to his father for financial assistance when his risk-taking lands him in trouble with the financial watchdogs, we wonder where Green is going with the film. Surely Jacob would know that his estranged father can offer neither emotional nor financial support?

Green has locked Manglehorn into such a time-warp that it is not easy getting him out of it for an upbeat ending. Wisely, we note that not all the damage he has done is atoned for, but we are far from convinced by the feeble ending.

While Pacino is incapable of giving a bad performance, the script is so limiting that Pacino struggles to deliver a nuanced performance. He must rely on his charisma to convince us that any woman, let alone the well-kept, sociable and significantly younger Dawn would be attracted to him. In his last film, Danny Collins, 75-year-old Pacino’s love interest was 57-year-old A-lister Annette Bening. In Manglehorn

, he is pared with 57-year-old Academy Award winning (The Piano) actress Holly Hunter. Hunter’s return to our screens is welcome, but why are meant to root for her as she throws herself at a scruffy loser 18 years her senior?