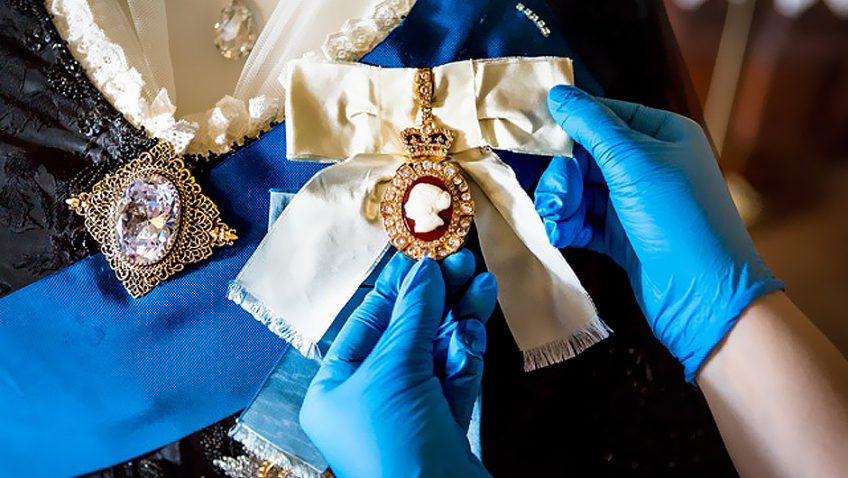 Victoria & Abdul costumes to go on show at Osborne House

Costumes from the upcoming film Victoria & Abdul are on show for the first time at Osbourne House, Queen Victoria’s holiday home on the Isle of Wight.

The film, to be released in UK cinemas on 15th September, was largely shot at Osborne House and tells the story of the unexpected friendship between Queen Victoria and her Indian servant, Abdul Karim, in the later years of her reign. 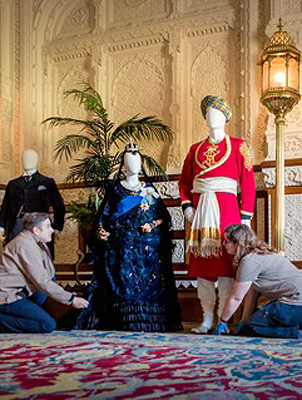 As a young clerk, Abdul Karim travels from India to England to participate in Victoria’s Golden Jubilee in 1887. He is surprised to find favour with Victoria herself and the two develop an unlikely and devoted alliance and loyalty to each other, which is resented by the household and Queen Vistoria’s inner circle.

As a result of the friendship Victoria, who has been mourning the death of her husband Albert since his death in 1861, begins to reclaim her humanity.

The costumes were designed by Oscar nominated costume designer Consolata Boyle who worked on The Queen (2006), The Iron Lady (2011) and Florence Foster Jenkins (2016). Her designs pay meticulous attention to historical detail, right down to Victoria’s ‘V&A’ monogrammed shoes.

Costumes in the exhibition include formal and informal attire worn by Judi Dench such as the exquisite black silk gown with gold front piece Victoria wears while waiting for Abdul’s return to Osborne.

The striking outfits worn by Ali Fazal as Abdul Karim include the faithfully recreated scarlet and gold livery with a peacock blue striped silk turban. This was designed for Victoria’s servants who waited at her table. The exhibition will also feature costumes worn by Eddie Izzard as Prince Edward VII (Bertie). 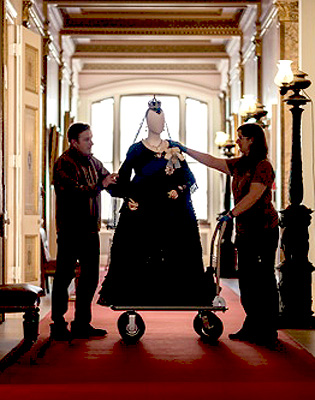 The costume exhibition will feature in Victoria’s Indian-inspired Durbar Room, which features in the film. The Durbar room was added as an extension to the home in the early 1890s.

English Heritage Curator at Osborne, Michael Hunter, says: ‘Osborne was Queen Victoria’s private family home which means visitors can step straight into Queen Victoria’s world when they get here. Victoria & Abdul is the first film to ever use the interiors of Osborne as a location and these costumes add an extra layer to the rich experience of a visit here.’

Costume Designer Consolata Boyle said: ‘The thought that my costumes for Victoria & Abdul, through this exhibition, and our imaginations, will inhabit the same rooms and gardens where Queen Victoria walked and lingered, makes it a particular honour and joy for me.’

Visitors to Osborne House can see the costumes until 30 September.