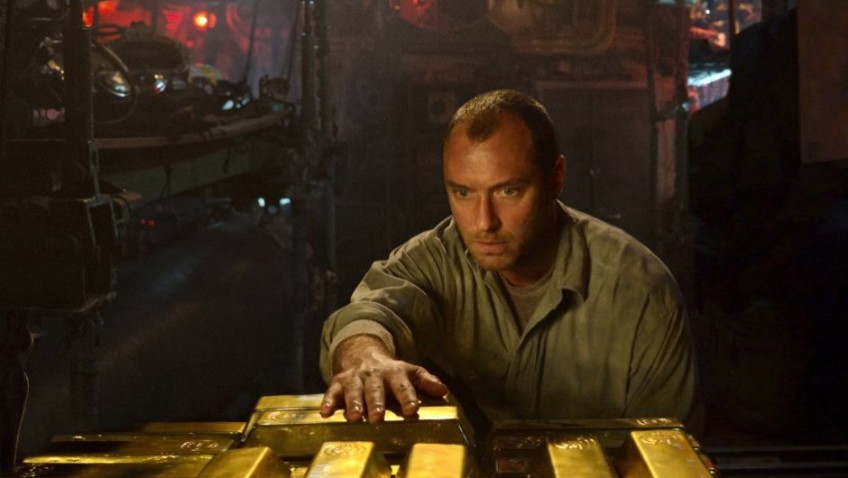 An unsentimental tale of the seas

At 47, Director Kevin McDonald’s track record is pretty impressive: One Day in September kicked off the millennium for McDonald with an Academy Award in 2000, followed by the documentary re-enactment sensation, Touching the Void; the historical drama, The Last King of Scotland, the political thriller, State of Play; the documentary biopic Marley and the dystopian teen romance, How I Live Now.

McDonald, it seems, can make any type of film, but Black Sea, a submarine movie, is a genre film that can sink the best director.  Not that this submarine flick is totally lost at sea: McDonald turns it into a relevant class-warfare movie in which the modern day pirates are motivated by anger at their employment conditions and the rich bosses who profit from their labour.  He also gives us a solid international cast, an eerie claustrophobic atmosphere, great cinematography, and plenty of doom-laden heroics. Unfortunately, theatre (Matilda, the Musical) and television (Utopia) writer Dennis Kelly’s first feature film script never really gets the boat rocking.

Ex-Navy captain Robinson (Jude Law), head-shaven with a 3-day stubble, is called into the boss’s office and told: ‘The business of salvage has changed. We don’t need a submarine pilot. We don’t even need submarines.’  He reminds Robinson that he does not have a contract, but patronisingly offers the sacked 40-year-old £8,000 for his 11 years with the company.   Salt is rubbed into the old sea dog’s wounds later when he sees his son from a distance leaving an expensive school, and later tells a friend that his ex-wife now lives in a nice, big house.  Although earlier Robinson’s complains that the long hours of the job cost him the marriage, it seems that Robinson’s needs to show the family he lost that he can give them everything they want.

When, coincidentally, a friend tells him about an unsalvaged Nazi submarine that had sunk in the Black Sea with millions of pounds of gold bars on it, Robinson is interested.  He has nothing to lose. He goes to see a cagey-looking investor who agrees to fund the illegal salvage operation for 40% of the take.

Robinson assembles a team that is half Russian, half British.  Interestingly, the team are, like Robinson, 40 plus, with the exception of a young, penniless, drifter Tobin (newcomer Bobby Schofield) with whom Robinson forms a paternal bond.  Another maverick on board is the financier’s American rep Daniels (Scoot McNairy), whose insidious conduct, cowardliness and secret motives represent the major obstacle to the expedition.

The other obstacles are the crew members themselves, whose bickering, disagreements (due more to prejudice than language barriers) and sabotage make this the most dysfunctional submarine crew since that of K-19, The Widowmaker.  Robinson himself stirs up some resentment with his democratic approach to the bounty by insisting that all crew members will get an equal share.  Although this means that the fewer there are, the higher the share for everyone else, Robinson incorrectly assumes that the men know that every crew member is indispensable if they are to succeed and survive.

So reliant is Kelly on the increasingly tiresome in-house backstabbing for tension that it turns silly at the end, with Daniels persuading a volatile crew member to do something nasty that will jeopardise the safety of everyone on board.  Even the actors struggle to convince us of this misguide plot turn.

Despite his questionable Aberdeen accent, Law gives a credible performance as the authoritative and quite brilliant commander determined to show up those who wronged him.  His obsession with the gold goes beyond what it can buy, as suggested by sentimental, stereotypical flashbacks of Robinson and his wife and son cavorting on the beach in happier days.

It is hard to believe that McDonald allowed this hackneyed attempt at a back-story to sour an impressively unsentimental film.  What does come across is that Robinson wants revenge on the rich capitalists of the world, and he wants to leave his family something to remember him by.  In an ironic twist, some of his wish comes true.  But by this point, a part of you has probably given up on the mission along with everyone else.