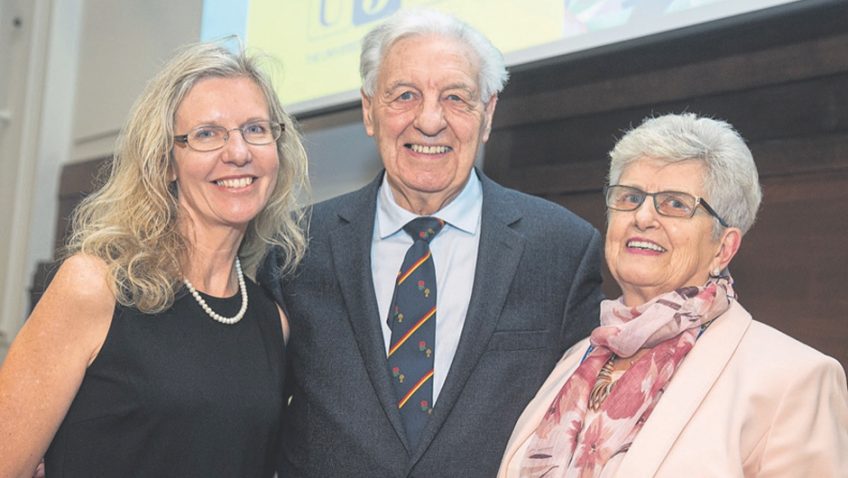 Learning revolution steps up a gear

A learning revolution among third agers shows no sign of slowing down as the demand for new educational opportunities and cultural tours at home and abroad grows unrelentingly.

This surge of people wishing to learn and not stagnate in retirement has led Eric Midwinter, co-creator of the University of the Third Age (U3A), to set a membership target of one million by 2020. This is more than double the current 400,000, which in turn shows a doubling in members over eight years.

Midwinter set down the challenge before Christmas at a celebration in London to officially launch the UK’s 1,000th U3A in Churchdown, Gloucestershire. The thought of reaching a thousand was, he said, “something I dared not imagine” when shaping the ideas along with Cambridge historian Peter Laslett and Michael Young, the founder of Which? magazine and the Consumers Association, 35 years ago in 1981.

With 500 U3A members from all regions attending the London celebration, in the Society of Friends House, there were plenty of theories as to why growth persists: “companionship”, “using time wisely”, “simply learning new things” and “getting out of the house”. Several people at a social event at the end of the day gave variations on the theme: “Keep learning and you keep active and stay healthy.”

Perhaps it simply reflected the rising numbers of baby-boomers retiring. Since there were many ways to do such things, however, what made the U3A different? Roger Streatfield, chairman of Churchdown, touched on what he sees as a key reason when referring to his “lightbulb” moment. The town had seen rapid expansion in the 1960s with hundreds of jobs created around new and expanding head offices of the Central Electricity Generating Board, GCHQ, a growing airport and trading estate that would later house the Jet Age Museum.

As a senior manager in the electricity supply industry he gave regular talks to groups such as the Women’s Institute. “For example, I would give a talk on nuclear energy, radioactive waste and wind power. But what started as a talk soon became Q&A sessions and debates. They actually wanted answers that they could not get elsewhere.”

As this enthusiasm to learn became more apparent, particularly among older people, Roger Streatfield saw their desire for a different approach. “Old ideas were around lectures and evening classes. Now there’s enthusiasm for people to do their own thing. There is a real thirst for knowledge out there, where teaching and learning is a shared experience.”

At the heart of Midwinter’s radical vision was a learning exchange where all participants could be both teacher and learner, playing to their strengths, rather than hiring professional tutors. And Churchdown had a ready supply of professionals involved in intellectually-based activities in the white-collar industries, Streatfield says: “We have quite a pool of people involved in these activities and no shortage of people to lead interest groups.”

Already Churchdown has a rich learning and social events package, with interest groups ranging from lessons in table tennis and bridge to German, Italian and Spanish for beginners, local history, art history, politics and a book club. It is built on the core principle of open access, with no entry qualification requirements and no formal tests.

With the spotlight on loneliness, featured earlier in this edition of Mature Times, Streatfield says this will be a key focus for Churchdown. With a distinctive form of self-supported learning “we must ensure no-one is excluded, particularly the isolated and lonely and those with poor mobility. I know of people who would join but are too infirm, have poor eyesight or for various reasons are no longer able to drive. If they can’t come to the U3A, we must take the U3A to them to their homes.”

A recent snapshot survey nationally shows such effort is worth it, as that one in nine relatively recent members joined after periods of chronic loneliness and isolation. A unit set up by the Third Age Trust, U3A Plus, is researching what U3As do to help members with hearing loss and other disabilities to remain active learners.

Pam Jones Chairman of the Third Age Trust, commented: “What you see in Churchdown is in itself unique. At the same time, if you travel the country as I do, visiting U3As, you will see each has unique qualities, reflecting the needs of that community, while sharing in the common-core values and aspirations envisaged by the three founders all those years ago. I think, without a doubt, the third-age learning revolution is here to stay.”

If you are a member of the U3A and would like copies of Mature Times for your group please contact us: distribution@maturetimes.co.uk.