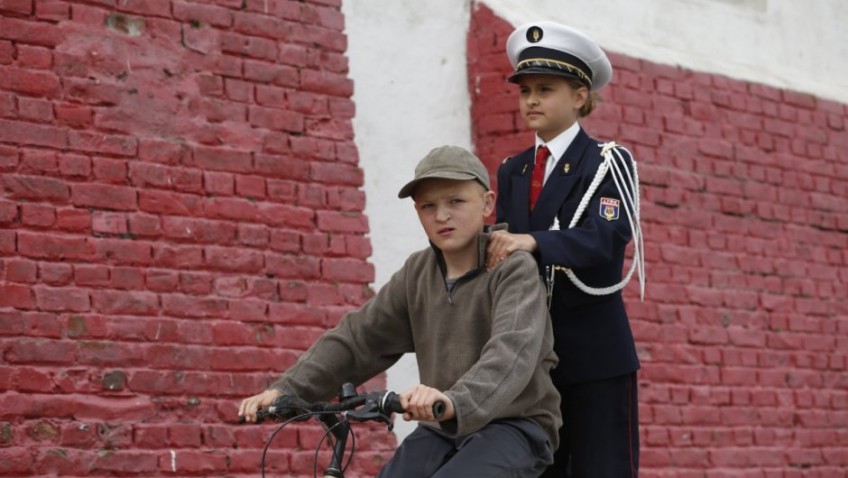 An unexpected treat from the great French Director Bruno Dumont

Bruno Dumont, 57, is one of Frances’ greatest living Writer/Directors. He turns the spiritual into art with typically unknown actors in a unique mixture of the traditional, mystical realism and the avant-garde, imbued with a spiritual theme sometimes connected to religion. His last film, a masterpiece about as bleak as films get, was ‘Camille Claudel 1915’, a biopic about the sculptress imprisoned in a mental asylum by her mother and brother, the famous fanatical Catholic writer, Paul.

French and International audiences might be surprised, therefore, to see that Dumont has turned his hand to a popular television genre: the police procedural miniseries. According to Dumont, in an act of provocation, never expecting it to be financed, he submitted a proposal for a black comedy – or rather a burlesque – featuring unknown actors with disabilities and a mystery that is never solved.

There is, of course, no shortage of British, Italian, Scandinavian and French police procedural miniseries on our TV schedules, but Dumont has trumped them all with P’tit Quinquin. This might be why it is being released in several countries as a 3.5 hour theatrical feature.   If you can find a cinema enlightened enough to show a long, sub-titled film, go! The time flies by.

The title (and the main character’s nick name, ‘Little Child’) come from a mid-19th century lullaby from the Nord-Pas-de-Calais area, where the movie is set. Written in the Picard dialect, the translation is: ‘Sleep my little child/Sleep by little chick, my plump grape/You will give me grief/If you don’t sleep until tomorrow.’

The one thing that hyperactive P’tit Quinquin (12-year-old Alane Delhaye) does not do is sleep. He might have a smashed nose and a harelip, a harsh, critical farmer father (Philippe Peuvion), meek, loving mother (Celine Sauvage), and a dish throwing granddad, but in a welcome departure from the norm, he is no bullied victim. P’tit Quinquin is a rebel who leads a small gang of boys and goes everywhere with his pretty girlfriend and neighbour, Eve (Lucy Caron) who may also be his cousin. Her father has inherited the big farmhouse and farm while Quinquin’s father has the neighbouring ramshackle paddock and three prized white stallions. Quinquin’s father has also been stuck caring for their mentally ill brother Danny (Jason Cirot), a man who really does love twirling in circles until he falls down.

The man who gets the grief of the lullaby is Captain van der Weyden, a combination of Columbo, Clouseau and, with his mock philosophical mumblings, Inspector Morse. He is played by Bernard Pruvost, a 50-something disabled gardener at a workshop for people with disabilities. With his strong regional accent, a wrinkled face that constantly twitches, involuntary leg movements, and bushy white eyebrows that make Cara Delevingne look like a plucked chicken, Pruvost is as unlikely a police Captain as you’ll ever see. Dumont admitted in an interview that because Pruvost could not remember his lines, he gave him an earpiece. His head twitches are, in part, Pruvost twisting his head to hear the lines being read to him.

Pruvost’s sidekick is Lieutenant Rudy Carpentier (Philippe Jore) a tall, gaunt man with only two front teeth. He drives the Captain around and keeps him on track, laughing off his boss’s affectionate insults and never passing judgment.

The murder plot itself is ridiculous, a kind of ‘how to shock audiences who are shocked every night of the week.’ A dead cow is found in a derelict bunker where no cow could wander, with cut up body parts in its stomach. Later, another is found containing the body parts of the now identified man’s mistress. Pruvost believes the body parts were stuffed inside the cow’s anus. A few more cows with body parts are found before Pruvost learns the cows had mad cow disease, which explains why they ate the human meat.

Don’t expect the Sûreté to take over the case. As in most TV procedurals, the Government is happy to allow a detective over his head to muddle along when serial killers strike, with only a threat (as here) of intervention. And Dumont is not interested in ‘who dun it.’ He is interested in exposing the characters of the beautiful coast of the Pas-de-Calais, with their aspirations, triumphs, poverty, illness, deformities, tenderness, cruelty and bigotry.

Quinquin, our poor funny-looking kid who is portrayed like a hero, is also, we discover, a racist bully. He, and other locals, drive a black boy named Mohamed (Baptiste Anquez) to violence and suicide. Similarly, the irony is unmistakable when Pruvost and Carpentier exit a seaside restaurant where the only customers are a family with a mentally ill adult son. When the son starts causing a commotion and throwing dishes around (a bit like Quinquin’s grand father), the family earn not pity, but criticism from Pruvost.

Throughout the film, Pruvost mutters something about Zola’s novel La Bête Humaine, a drama set in Le Havre, down the coast a bit from the Pas de Calais. Pruvost never finds the connection he seeks, but as Pruvost discovers to what extent the community is inbred, we might ponder the protagonist in the novel who suffers from hereditary madness that drives him to want to kill women.