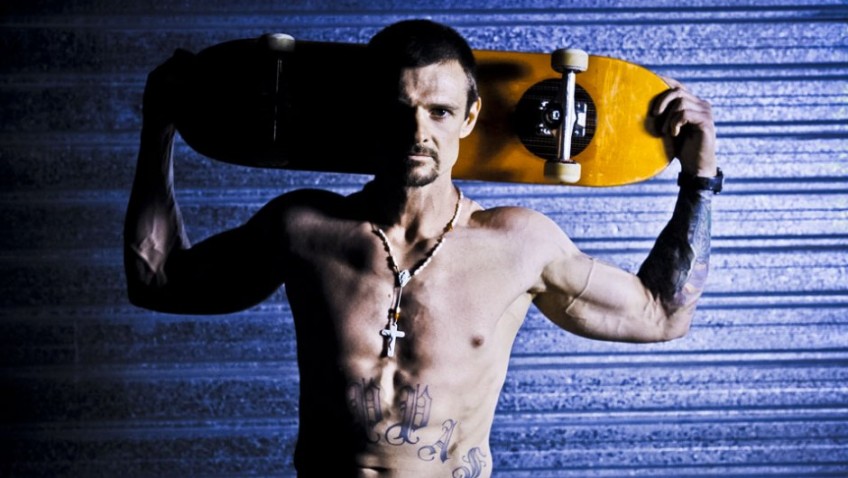 Skateboarding through chaos in All This Mayhem

The producers of the superb documentary Senna, and the interesting Banksy exposé, Exit Through the Gift Shop, bring us this interesting, if slightly more familiar, story of two young athletes who blew their careers and the money that flowed in too easily.  What makes All this Mayhem stand out from the crowd is the sheer scale of the fall of Ben and Taos (Tas) Pappas:  from the heights of their 1996 world champion wins to the depths of drug addiction, murder and suicide.

Skate boarding champions with nothing left to conquer in 1980’s Australia, Ben and Taos, two close knit brothers from a broken, unhappy home, head for California where they instantly appeared as upstart obstacles to the aggressive US favourite, Tony Hawk.  While the brothers always remained outsiders, they quickly learned to cash in on their fame and success by forming two companies to market their names on sporting goods.

But two young, moderately educated brothers alone in Los Angeles with money to burn and adoring fans to feed their egos was a recipe for disaster.  Everyone loves a winner, and the cocaine, the girls and the wild parties soon took their toll.   After a few years both brothers were sacrificing discipline for fun, and alienating their business partners and friends in the process.

The beginning of the end was when Ben, the younger brother, returned to Australia for a break and was caught at Sydney Airport with cocaine in his shoes.  Upon his release from jail, he hooked up with a woman who appears to have been a heroin addict.  Meanwhile, Tas became a father and struggled to support his family.  His reputation for drugs, along with his outsider status and the stigma of his brother, made it difficult for Tas to compete in the same league with Tony Hawk, despite his obvious talent.

A worse fate was to befall Ben, and Tas’s reaction to this tragedy caused the break-up of his first marriage.  Tas remarried, has a child from his second marriage and has returned to skate boarding, apparently clean and motivated.  What the future holds for a skate boarder past his prime with a tainted past is left for us to contemplate.

It is sometimes difficult to tell who is narrating and the producers could have made it easier to identify speakers by labelling them more than once for the benefit of those who can’t remember talking heads.  This fault is compensated for by the generous, if monotonous, skate boarding footage and candid interviews with Tas.   All This Mayhem is a good cautionary tale for the Justin Beiber’s of this world, but a rather depressing one to sit through for mature audiences who have seen it all before.