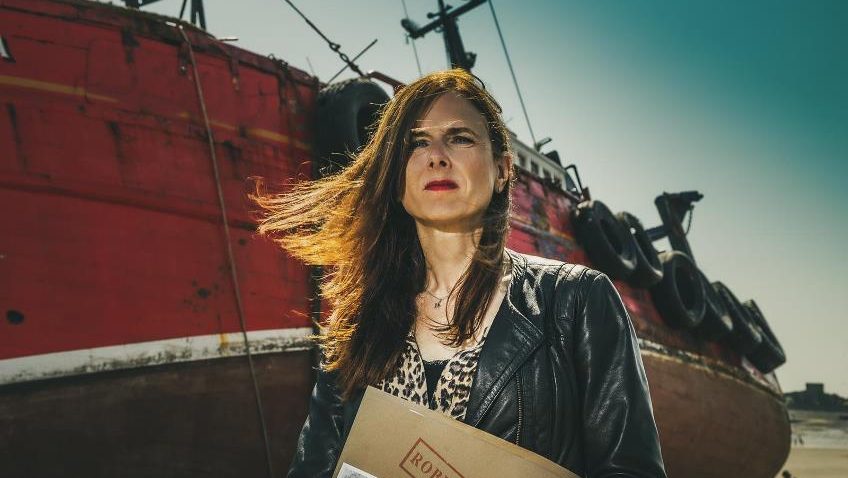 Murder By The Sea returns for its compelling fifth season. Every summer, thousands of holidaymakers ﬂock to the British seaside to enjoy the warm weather, pebble beaches and amusement arcades. But there’s a dark side to the British seaside, a sinister underbelly where sins are washed away by the tide. The quaint and idealistic seafront is also stalked by killers who, like the sea itself, have no respect for human life.

Dr. Nell Darby is a crime historian and author who has dedicated her life to understanding the motives of killers. Over the course of her career, she’s developed a keen eye for spotting trends in a killer’s behaviour. Nowhere are these trends more striking than in the seaside towns of Britain’s coastline, which have always seemed to attract an extraordinarily high number of murderers.

In this new series of Murder by the Sea on CBS Reality, viewers will join Nell on a journey to the cliﬀ’s edge, where the land meets the sea, and where life meets death. At ﬁrst glance, our seaside towns are all fun fairs, candy ﬂoss and breezy promenades. Equally, when the carousel stops turning and the lights along the shorefront go out, there emerges from the darkness an underworld of murder and mayhem.

George Smith was a psychopathic polygamist whose predilection for drowning his wives in the bath earned him the nickname: the Brides in the Bath Killer. Smith’s sordid story should give us all pause to think: how well do you really know the person sleeping beside you at night?

Meanwhile, in 1930s Bournemouth, a love triangle between a beautiful socialite, her young gardener and an estranged husband ended in bloody and brutal fashion. It’s a scandalous tale of forbidden desire that played out across the croquet lawns and cocktail lounges of the English south coast, leaving two dead and one behind bars.

Evidence of Evil returns for its third series on CBS Reality. If forensic science is your thing then this is a must watch as the series explores how technology has helped to change the course of investigations and bring killers to justice for crimes that may never have been solved.

Over 8 episodes the series goes beyond the obvious using all the technology available to the authorities to bring these savage killers to justice. The series opens with the pursuit of The Fridge Killer.

In February 1995, Police in Reno, Nevada were called to investigate a suspicious dumpster bin and made a startling discovery. They found a badly beaten body of a middle-aged female, tied up and wrapped in a sleeping bag. Detectives soon identify the deceased person as 45-year-old, missing school teacher, Kathy Powell.

After a detailed investigation, Detectives tracked down her killer. But as they probe further into the background, they uncovered previous crimes that involved numerous other innocent victims. This is the story of how their intensive investigation finally led detectives to uncover one of the most cruel and callous serial killers in history.

On 29th February 1992, the body of 84-year-old, Angela Kleinsorge, was discovered sexually assaulted and stabbed to death inside her home in Bay Park, San Diego. The crime rocked the community and a major police manhunt was launched. But, despite a number of strong suspects and solid leads, the case went cold and remained that way for over a quarter of a century.

Episode 5 of the series follows detectives as they re-open the case, and how a dedicated police team and cutting-edge forensics solved the crime after 25 years.

EVIDENCE OF EVIL airs Wednesdays at 10pm until 28th October