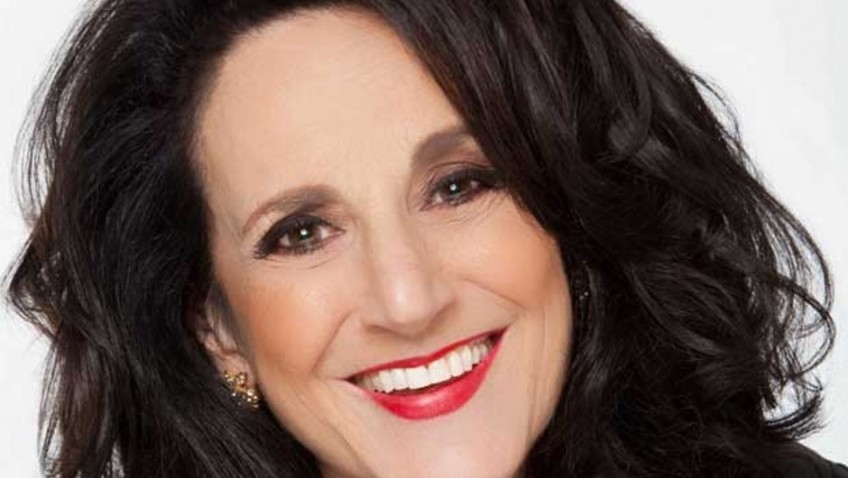 TV star Lesley Joseph gets crafty for The Big Knit

– Actress lends her support to Age UK and innocent’s campaign –

Lesley Joseph, best-known for her role as Dorien Green in TV sitcom ‘Birds of a Feather’, has her knitting needles and wool at the ready for Age UK and innocent’s Big Knit to help older people stay warm and well in the winter.

Now in its 11th year, The Big Knit returns and budding milliners across the UK are being called upon to get inventive and knit miniature woolly hats to adorn innocent smoothie bottles, which will be sold in stores nationwide from February 2015. For each be-hatted smoothie sold, innocent will donate 25p to help Age UK fund national and local winter projects.

Lesley said: “I’ve been a supporter of Age UK for many years and have seen first-hand the harsh realities many older people face, particularly in the winter months. Age UK and innocent’s Big Knit is such a simple way to help make a difference. As a keen knitter myself, I know how easy and enjoyable the task can be and would encourage everyone, from novice to expert knitter, to give a little hat a go!”

For over a decade, budding knitters across the UK have been supporting Age UK and innocent’s Big Knit by creating funky little hats as part of Age UK’s Spread the Warmth campaign. Each winter, one older person dies every seven minutes because of the cold weather. With over a decade of support from knitters up and down the country, The Big Knit has raised vital funds to support local and national winter projects to help older people keep warm in winter.

Last year alone, more than a million hats were lovingly created, with designs including fruit, soldiers, peas in a pod, cupcakes and an ice cream cone topped with a classic flake.

This year, knitters are being inspired to take part with patterns including a sheep, giant squid, fez hat, a hippie and a royal baby.

Laurie Boult, Head of Fundraising at Age UK, said: “The knitting deadline is nearly upon us and we’re calling on everyone to get involved and help us collect as many little hats as possible. Winter can be a really difficult time of year for many older people, so we’re hugely grateful to all our inspiring knitters who are enabling Age UK to keep older people warm and well in winter.”

Jamie Sterry, innocent drinks, said: “The clock is ticking to get hats in for The Big Knit and we hope more people than ever join in. The Big Knit is a fantastic way to get creative, knit a little hat to adorn an innocent smoothie bottle and raise money for Age UK to help older people stay warm in winter. We’re massively grateful to everyone who takes part and helps make this year’s campaign a huge success.”

For more information on the Big Knit and hat designs go to www.ageuk.org.uk/bigknit or contact Age UK at bigknit@ageuk.org.uk. Knitted hats need to be completed and sent to Age UK by 12th December to The Big Knit, Age UK, Tavis House, 1-6 Tavistock Square, London WC1H 9NA.

Knitters are also being encouraged to share their hat creations on social media tagging #bigknit. For those who don’t fancy making a hat themselves, a £3 donation can be made to Age UK by texting ’knit’ to 70004