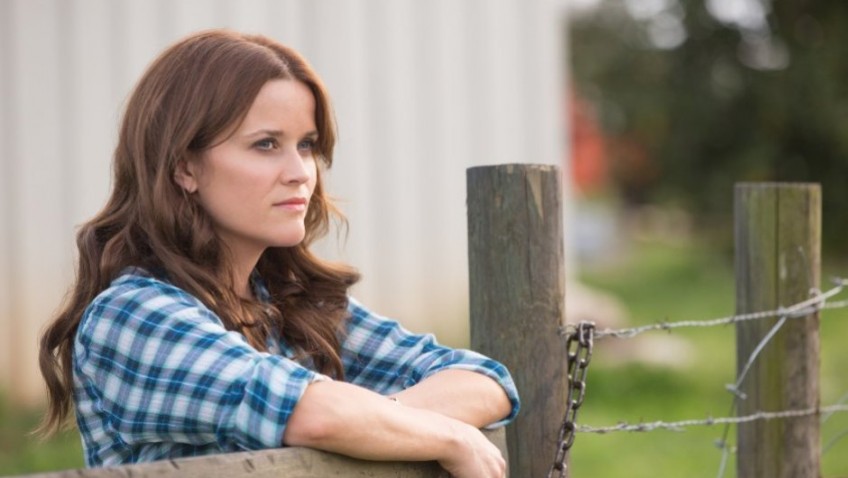 A tribute to the so-called Lost Boys of Sudan

THE GOOD LIE (Entertainment One) is a tribute to the so-called Lost Boys of Sudan, who when their tribes had been massacred, walked 750 miles to a refugee camp. 20,000 orphans eventually arrived in America. Philippe Felardeau’s film recreates their brutal journey in a quasi-documentary manner, honing in on the three brothers (Arnold Oceng, Ger Dunny, Emmanuel Jal) who end up in Kansas where a Christian Church charity finds them homes and jobs.

The cultural clashes allow for gentle humour and satire. It is difficult not to be moved. Reese Witherspoon is cast as their employment counsellor. The film succeeds because of its sincerity and humanity.

A FUNNY KIND OF LOVE (Kaleidoscope). Josh Lawson’s Australian intimate sex package may prove to be a bit too risqué for some audiences. A deaf man talking on the phone to a sex worker through an interpreter is one of the high spots.

The portmanteau script is a series of farcical, tongue-in-cheek, extended revue sketches about sexual fantasies and weird fetishes, involving role-play and masochism. They are acted out by five day-dreaming couples. But who is to decide what is weird and what is not weird? Crying, for instance, can be a real turn-on for some people.

PICK UP ON SOUTH STREET (Eureka). The bad guys are not criminals but communists in Sam Fuller’s superior B movie thriller which was made in 1953 when Senator McCarthy was knocking on American doors. The federal agents and the police are looking for a pickpocket (Richard Widmark).

He has unknowingly pocketed a top secret microfilm. Will he help fight communism or will he look after Number One? “Do you want to be a regular crook or a louse?” asks an elderly, dying stoolpigeon (Thelma Ritter) who needs cash to buy herself a coffin.

“You’re not going to raise the ante by smearing my lipstick,” says the film noir heroine (Jean Peters), addressing Widmark who looks psychotic (his usual film role) but is a decent chap and not psychotic at all.

DANCING WITH CRIME (Simply Media) is a British thriller, directed by John Paddy Carstairs and dates from 1947, a black market era, when ex-WW2 soldiers were still finding their feet.

Bill Owen is billed as Bill Rowbotham. The then-unknown very young Diana Dors, in a substantial cameo role, gets no credit at all; and nor does Danny Green. Dirk Bogarde, in his first film, is evidently played a policeman. I didn’t spot him. You may have better luck.

QUIET WEEKEND (StudioCanal). Esther McCracken’s play, a sequel to Quiet Wedding and not nearly as good, was premiered in 1941 at the height of the bombing and starred Michael Wilding and Glynis Johns. It was perfect escapism for wartime audiences nostalgic for a peaceful, pre-war, middle-class England.

The film version was released in 1946 with Derek Farr and Barbara White and seemed very dated then. Marjorie Fielding, Frank Cellier and Gary Thorpe repeated their stage roles. Cellier played a JP who poaches a salmon. The fault is not that the film is dated (nothing wrong with that) but that there is just nothing to it.

You can buy your copy of any of these DVDs at discounted prices from Amazon here: