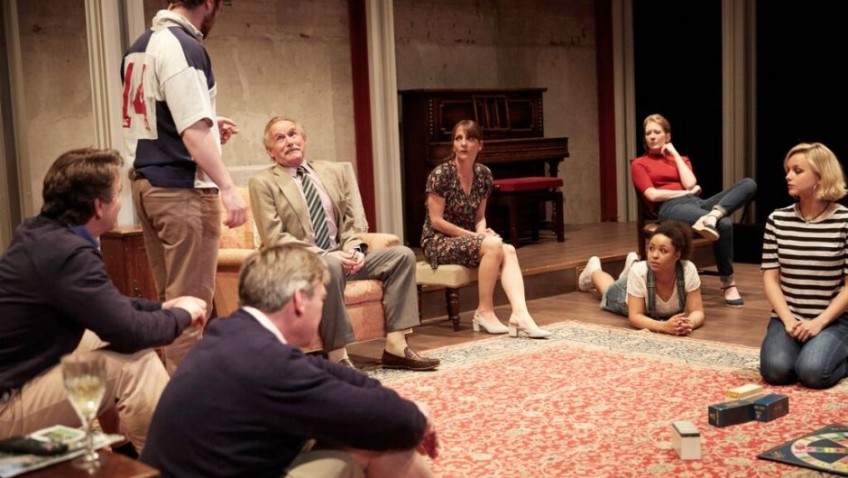 The Pennington family meet to celebrate granddad’s 75th birthday. The last time they all came together was over 17 years ago. Three generations in one room spells trouble.

The story is set in 1997 when Tony Blair is about to become Prime Minister. I felt I was watching an adaptation of a 1930s novel which had been intended for television.

The title itself, The Gathered Leaves, sounds very 1930ish. 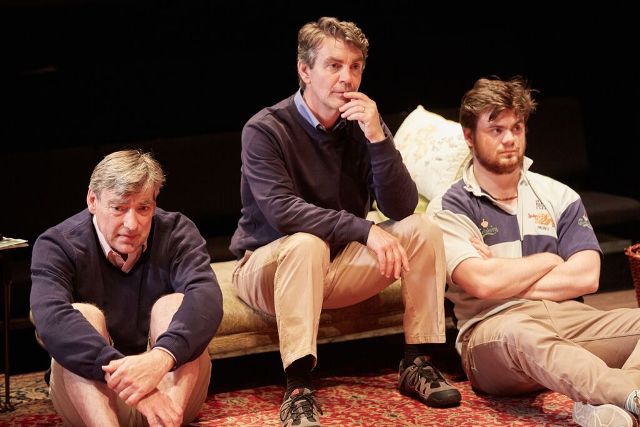 There are two unlikely confessions and Keatley leaves too much hanging in the air.

Meanwhile, Antony Eden directs with too many black-outs and there is a lot of unnecessary moving of furniture.

Clive Francis is the head of a family, which he proudly traces back to the eleventh century. He has two sons and a daughter.

The latter got pregnant and refused to abort the child of mixed race, whom he has not seen until now.

The elder boy is autistic and is much loved by the younger son, who has a grown-up son of his own who refuses to kowtow to a granddad who is suffering from the onset of dementia and is living in a world that no longer exists. 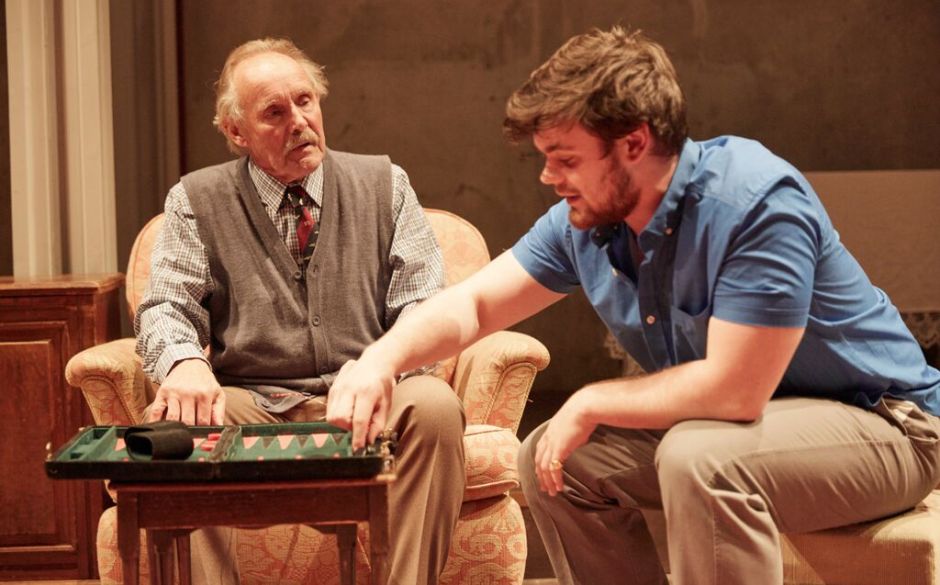 There is an excellent performance by Clive Francis as the blustering and cruel patriarch who cannot (despite himself) open his mouth without saying something rude and hurtful.

Nick Sampson as the 49-year-old autistic brother living in a world of childish fantasy, anathema to his dad, and Alexander Hanson as the loving, protective younger brother who cares for him are also very convincing.