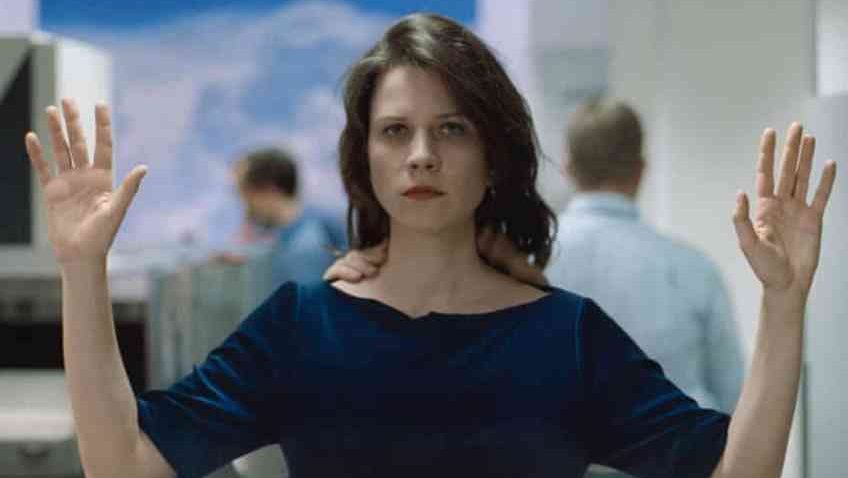 This romantic, Hungarian neo-noir is more A Mad Girl’s Love Song than Vertigo.

Preparations to Be Together for an Unknown Period of Time (March 19, 2021 on Curzon Home Cinema) Cert. TBC, 94 mins

Hungarian writer-director Lili Horvát’s (The Wednesday Child) second feature film has many treats in store for the arthouse viewer, including its beguiling star, Natasa Stork, a poetic web of metaphors, references and symbols, and Róbert Maly’s atmospheric cinematography that transforms Budapest into a film noir urban landscape, the way Vienna was transformed in The Third Man and Los Angeles in China Town. And for most of the film Horvát sustains one of the most original and compelling conceits of any romantic psychological drama in recent memory.

Hungarian brain surgeon Márta Vizy’s (Natasa Stork) large, clear blue eyes, pale skin and sensuous brown hair are seen in close-up when she is revealing to a therapist (Péter Tóth) her thoughts about a man who stood her up – or whom she believes stood her up. Márta consults the psychiatrist when she fears – or hopes, as the alternative means romantic rejection – that her mind is playing tricks on her.

After twenty years working at the forefront of neurological science in the USA, the unmarried, attractive, svelte and elegantly dressed brunette who is turning 40 makes a life changing decision. She has flown to Budapest to be reunited, as planned, with a stranger she had met at a medical conference in the USA two months earlier, when their eyes locked. ‘It was how he watched me even before the first time we spoke to one another – I knew this was it,’ she confesses.

It seems that Márta and Dr János Drexler, (Viktor Bodó) had arranged to meet at 5pm on the Pest side of the Liberty Bridge, Márta’s favourite place in the city. But János, a burly, bearded man with an intelligent face and intense gaze, is not there. The last time cinemagoers heard something this romantic was in Richard Linklater’s masterpiece Before Sunrise, and that rendezvous did not go to plan either.

Márta tracks down the man of her dreams and confronts him as he leaves the hospital with colleagues. János looks at her blankly and, after suggesting that she must have confused him with someone else, he turns and walks away. Márta collapses. A young medical student, Alex (Vilmánvi Benett), who will become obsessed with Márta in the film’s sole, weak subplot, comes to her aide.

Instead of taking the first plane back to her prestigious job in America, as advised by an old mentor, Dr Fried (Andor Lukáts), Marta decides to remain in Budapest and asks him for a job at the hospital. While Dr Fried cannot refuse such a brilliant neurosurgeon a job, he warns her that her colleagues will resent her presence.

By a coincidence that does not seem out of place, Márta elects to operate on Barna Kirván (Zsolt Nagy), a middle-aged man with a brain tumour who turns out to be Alex’s father. János enters the operating room and their eyes briefly lock. Later, we recognise that János was left in awe of her discipline in the operating theatre. Never has medical talk been this allied to pillow talk.

As you will notice, while János denies ever having met Márta in America, he becomes attracted to her in this new environment. And indeed, as a passionate scene that serves as a “release” to pent-up emotions shows, he seems obsessed with her, too. If they had never met, then Marta has willed this relationship into being. Is the brain that powerful, or is it in league with the heart?

It is worth noting that Horvát begins her film with a quotation from Sylvia Plath’s poem, Mad Girl’s Love Song. She chooses the final stanza with its refrain “I shut my eyes and all the world drops dead/ (I think I made you up inside my head.)”

The strength of the film lies in the tense, romantic interplay between the rational, scientific mindset of a brain surgeon and the metaphysical or dream world Márta also inhabits. As Márta tells her therapist: ‘I feel like I want the thing so much I make it up,’ and she mentions this has happened before.’

Horvát extends this interplay to János, who might be a soulmate after all. During a discussion of his new book, we hear that János is “determined to blur the line between science and fiction.” The American publishers have even classified his medical book as literature. His analogy of the brain and the city is strange enough. But then, just as Márta enters the room, someone asks him the (admittedly forced) question of whether he believes in ghosts. ‘Sometimes’, he ponders, ‘I see someone on the street, and I feel that I know them. They are a long dead patient of mine.’

The blurring between fiction and non-fiction is reflected visually as in a French New Wave film when, saying nothing, János seems to walk Márta home. They walk playfully through the city on different sides of the street – until János disappears.

Horvát’s false step is to spill the beans when you wish she had let the ambiguity play itself out. The ending, too, is a bit of let down with a musical gift (from an afternoon in which they go shopping together) from János being delivered to Márta and then left (literally) dangling on a crane outside her top floor window.

Music is important to János and it is perhaps no coincidence that, despite the promising ending, Shubert’s music dominates the film score. But perhaps Horvát misses a trick in selecting Gute Nacht from Winterreise and not Erstarrung [Frozen]: “he looks in vain for her footprints beneath the snow where she once walked with him through the green meadow… He has nothing to remember her by except his pain.”